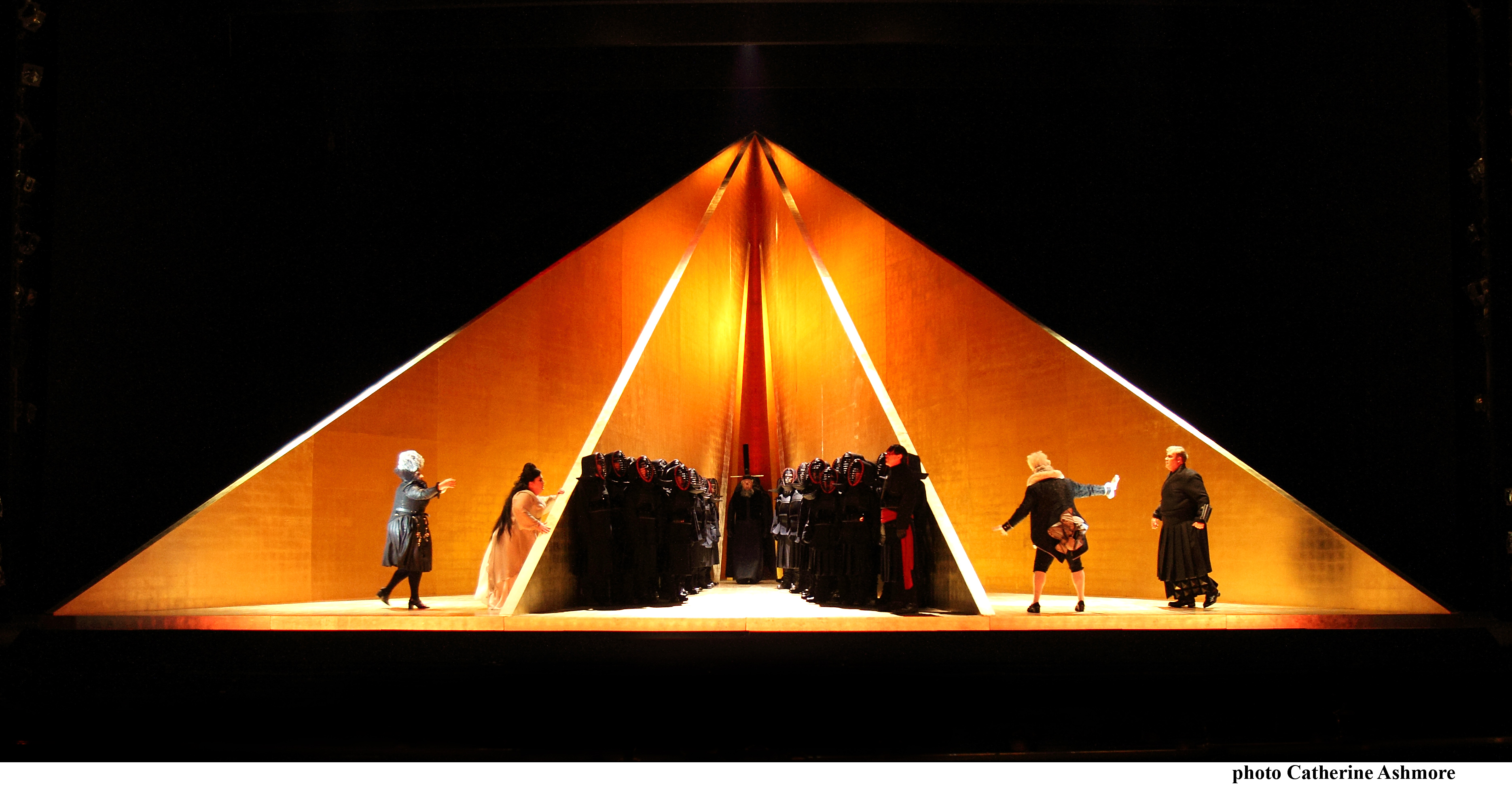 The English National Opera, London’s second opera company, is in crisis. Earlier this year, its Music Director, Mark Wigglesworth, quit his post after a tenure that lasted barely six months. This follows the 2015 resignation of the company’s Artistic Director in the wake of Arts Council demands for a 25% budget cut, the implementation of which provoked a chorus strike. This production of Tristan and Isolde is the first effort of the new Artistic Director, Daniel Kramer. That both Kramer and the ENO need to deliver something special goes without saying.

As the curtain rose, it seemed that the night was to be one of much-hoped-for triumph. Anish Kapoor’s pyramidal and partitioned golden set in the first act nodded to the nautical setting of the first act of Wagner’s masterpiece without adding any fussy or distracting detail.  This was also true of the sets in the second and third acts. The second act was conducted in a sphere that was hollowed out and dripping in glacial Styrofoam, ingeniously lit by Paul Anderson. In the third act, this sphere was exposed by a gash in an otherwise flat and grey wall, which was made via projections to bleed at Tristan’s anguished ravings.

It would have taken so little to use these sets to produce a masterly reading of Wagner’s opera. The ingredients were there musically. Stuart Skelton as Tristan had both the requisite stamina for the vast role and an attractively lyrical voice. Absent was the bark of so many other Heldentenors who make up in power for what they lack in terms of beauty of tone. Heidi Melton’s delivery of the role of Isolde was less lovely.  Melton sang accurately in the first act, but in the second squalled her way into the upper registers. This, sadly, prevented her third act Liebestod from attaining the sublime heights that it should. Matthew Rose made for a noble King Marke, whilst vocally Craig Colclough and Karen Cargill were solid as Kurwenal and Brangäne respectively. The triumph of the night was Edward Gardner’s handling of the score. Tempi were well-judged throughout, a reading that was neither protracted nor brusque. Acts two and three had a compelling spaciousness that was marked by impeccable orchestral playing.

Frustratingly, these achievements were undercut by the failure of Kramer’s direction, a cause for concern given his new role. Kramer’s Personenregie (character direction) was fussy and distracting without giving any insight into the interpersonal relations of the protagonists. Particularly disastrous was his depiction of Kurwenal and Brangäne, Tristan and Isolde’s faithful servants, as foppish clowns. At times Kurwenal was played for laughs, causing Tristan’s rapturous praise for his friend’s loyalty to ring hollow in the third act. Kramer’s distractible and distracting direction undercut the production at every moment it reached for greatness. It smacked of insecurity and inexperience, rather than the sureness of vision needed in an Artistic Director.

At the end of the night, the orchestra was quite rightly cheered to the Colisseum’s neo-Baroque rafters. The quality of the music-making served as a reminder of just what a loss it would be if the ENO were no longer to play in this theatre. Sadly, Kramer’s direction demonstrated just how far the ENO still has to go before it transcends mere adequacy to arrive at exceptionality.