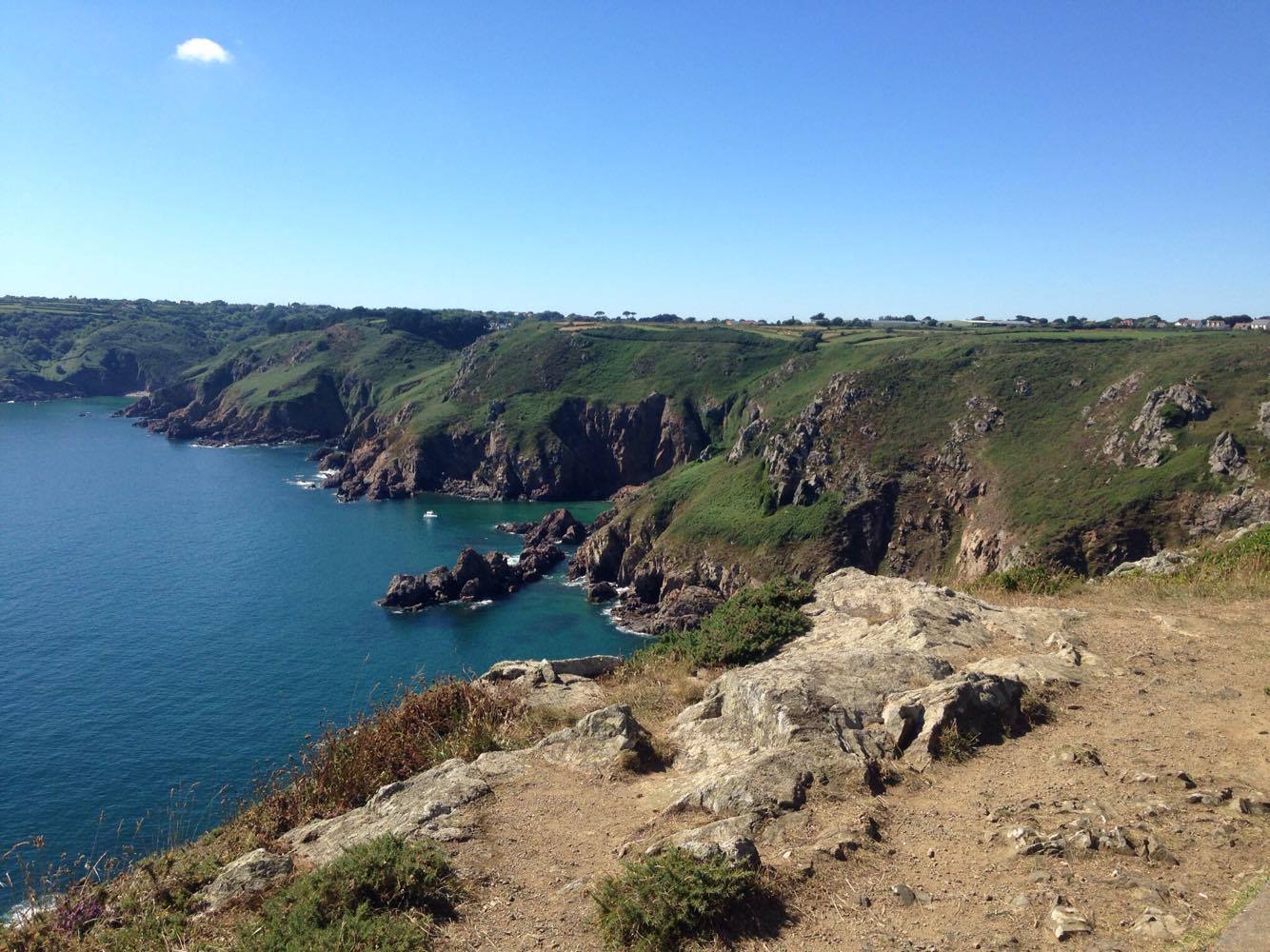 Guernsey: an island gem just a stone’s throw away

Which destination played host to Victor Hugo during his exile from France, claims the donkey and the cow as its national animals, and is home to the world’s second oldest tennis club?

Just a short flight or ferry ride away from the UK, Guernsey is an unusual holiday destination which is perfect for a long weekend trip. Despite not being part of the UK, it still feels resolutely British but, at the same time, its proximity to the Normandy coast ensures that you definitely feel as if you’re on holiday. Although English is the most widely spoken official language, linguists will have fun trying to read Guernsey French, or Guernésiais, which can be spotted on signs around the island. Apparently 2% of the population speaks it fluently, but I didn’t hear any evidence of that during my visit.

Just a short flight or ferry ride away from the UK, Guernsey is an unusual holiday destination which is perfect for a long weekend trip.

For such a small island – it measures just sixty-five square kilometres – Guernsey is dense with historical sites and monuments. A highlight is Hauteville House, which was occupied by Victor Hugo for 15 years of his exile – at first enforced, then voluntary – from France during the Second Empire. It was during his time in Guernsey that Hugo produced some of his most notable works, including Les Misérables. Guided tours seek to demonstrate that the house is in itself a work of art: it is full of semi-hidden engravings, and the religious connotations of the progression from the dark, stuffy hallway on the ground floor to the third-floor attic room offering spectacular sea views is made clear by Hugo’s choice of decor. A tour (which is the only way to visit the house) is £6 for students and is certainly money well spent. The well-kept gardens are free to visit.

The island was occupied by Germany during World War II, from June 1940 until May 1945. Around 4000 children were evacuated to the UK during this time. The Occupation’s legacy lives on; the island is littered with bunkers and fortifications built by the Germans. There is even an organisation, Festung Guernsey, dedicated to preserving the fortifications, whilst the German Occupation Museum displays an extensive collection of original Occupation items and documents.

Being an island, Guernsey obviously has a lot of coastline to choose from; there are no fewer than 27 different bays, and the cliffs lining the south coast make a great walk.

Finally, the island’s capital, St. Peter Port, is a quaint little town full to bursting with poky shops and fun cafes. It is also home to the church in the closest proximity to a pub in the British Isles – how’s that for a bit of trivia?

Easy to overlook but well worth considering, Guernsey is a great holiday destination if you – like me – want to get away in between work experience, internships, and academic work over the long vacation, but have neither the time nor the money to go anywhere too far afield. Victor Hugo was not wrong to be in love with Guernsey. Sun, sea, and sand are never far away regardless of whereabouts you are on the island, it’s packed full of history, not to mention delicious places to eat, and is easy to get to from several of the UK’s airports. It’s truly unique and worthy of visiting, so don’t let yourself be put off by how close to home it is!