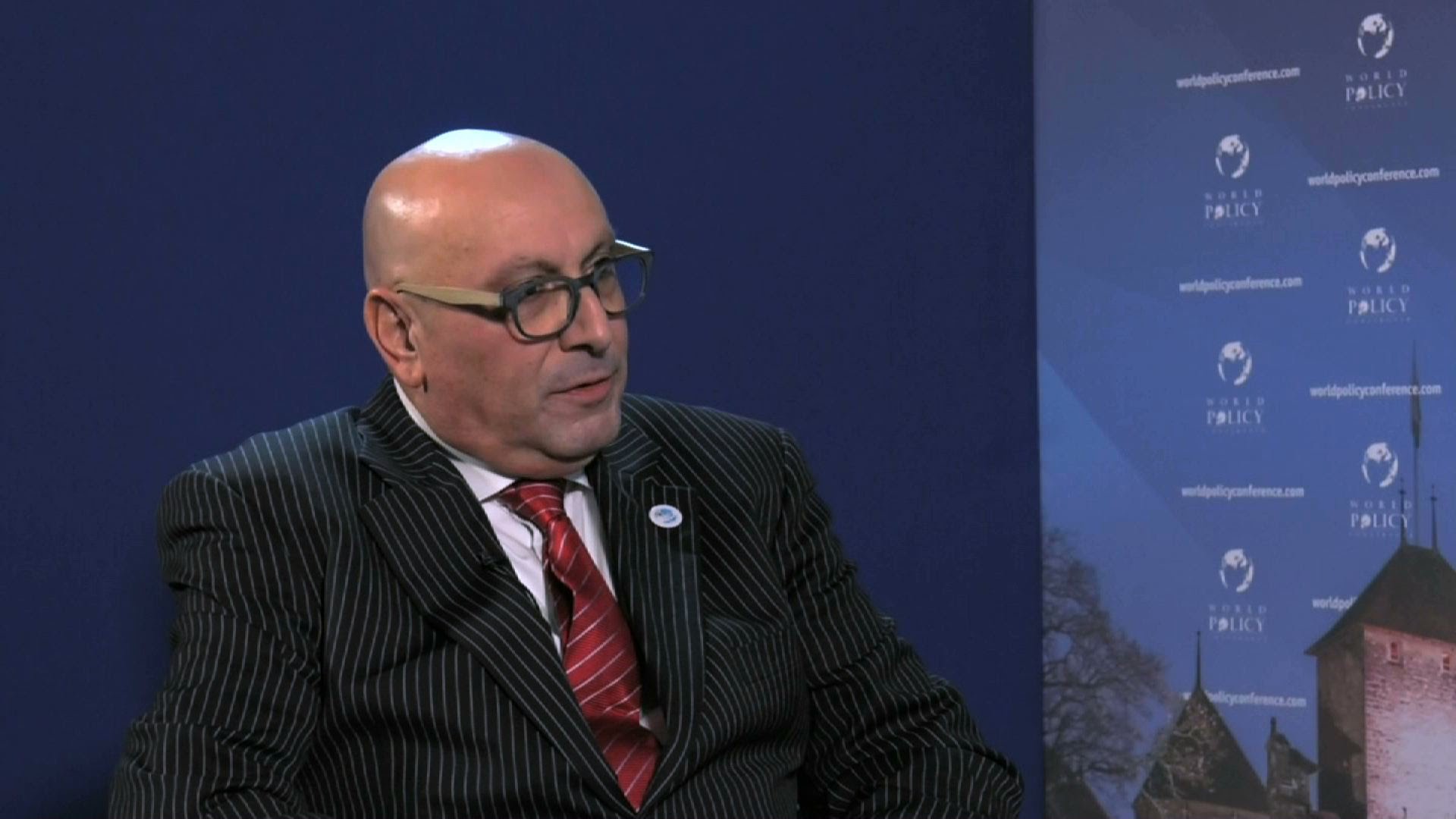 The 5th of Iyar, known as both Yom Ha’atzmaut, the Day of Independence, and Yawm an-Nakban, the Day of the Catastrophe, was a formative day for the people of two nations. It was to represent the Palestinian perspective on the anniversary of this event that Manuel Hassassian, Ambassador of the Palestinian Mission in the UK and close collaborator of Mahmoud Abbas, paid the University a visit for a talk in Trinity College, organised by the International Relations Society.

His aim was to expose what Nakba Day meant for most of his compatriots: 1948 was a “destruction of their past, their future and of their identity.” The 68th commemoration of that event thus had to be “an act of recuperation, of reclaiming as well as remembering”. This tendency to move forward is one of the impacts of a very long academic and diplomatic career.

Hassassian holds a PhD in International Relations, has held lectures in 6 Universities worldwide, served as vice-president of Bethlehem University and published widely about both internal Palestinian politics and international approaches to the Palestinian situation. These papers were aimed at exploring options to democratize the PLO, develop the feeling of citizenship amongst Palestinians, take care of the issue of refugees and use the history of negotiations between Palestinians and Israelis to learn lessons from the past to be better prepared for future rounds. However, most of this work has been focused on studying historical problems in order to develop solutions that could be brought to the negotiation table and establish a working ground to move towards fair deals and peace with Israel.

This second side of his career was at least as hyperactive as the first one: he worked for the Ministry of Planning, International Cooperation and UNESCO, was part of the Palestinian Negotiating Team on Refugee Final Settlement, Chief Political advisor to the Minister of State Affairs for a decade and finally Advisor on Jerusalem at the Negotiation Affairs Department.

The feeling of powerlessness that permeated his speech was not an individual remorse, but the belief that diplomacy as a whole had failed.

It was poignant to see a man with such a career and expertise in the subject sound so defeatist and pessimistic about the future of his country. Indeed, a tragic feeling of resolution could be found in his speech, as he described the state of the relationship between Israel and Palestine as if the Nakba had never finished and was still at work to this day. The source of such a posture was what he qualified as the total violation of the United Nations’ 194th resolution, supposed to grant a right of return to Palestinians. Such a violation leaves them stateless, as the size of the Palestinian territory continues to shrink under the pressure of colonisation and as residence permits are revoked, especially in Jerusalem. Mr. Hassassian could very well be considered a refugee himself; he left Palestine the day after an Israeli rocket destroyed his house in Cisjordania, at a time when he was trying to argue in favour of de-escalating the tensions which led to the second intifada with Yasser Arafat.

The feeling of powerlessness that permeated his speech was not an individual remorse, but the belief that diplomacy as a whole had failed. We were facing a seasoned diplomat knowing all the strings of international politics in the Middle East and its history of negotiations left to describe a paradigm where action was taken in total disrespect of international law, and where the negotiation table had been deserted. He explained this point by arguing that the advantageous position Israel is now in – with its ability to expand and gradually destroy Palestine in total impunity- is a crude reality that is not being addressed on the international stage anymore.

Despite a deep consciousness that the division between Hamas and PLO makes it harder for Palestinians to be heard on the international stage, the Ambassador’s message was a call for Western nations to use their power and influence to bring back Israel to tackling issues through international agreements and discussions, rather than abusing its position of power. His concluding hope was that we, as Oxford students, could in the present and in the future influence our representatives and politicians in order to save the peace in the Middle-East.

• Romain Civalleri is Deputy Profile Editor of The Oxford Student.