As all fellow vegans – or people cursed with vegan friends – will be aware, eating out can be problematic. And as anyone who has travelled in a foreign country with little or no knowledge of the language (in typical British style) will be aware, ordering in restaurants can also be problematic. When I visited Greece, I had not the foresight of my vegetarian friend to rehearse my Greek vegan mantra: prior to his trip to Italy, he had perfected ‘sono vegetariano, no carne, no pesce,’ replete with extravagantly apologetic hand gestures. Thus was I armed with nothing but my ability to speak English loudly and slowly, affecting a slight Greek accent in the vain hope that this would help my cause. After the first two days of the trip spent living off Greek salad with the feta removed, aka lettuce, tomato and onion, I could have metaphorically eaten a horse. I turned to Google Maps to find local vegetarian restaurants.

My first discovery was Avocado, a veg restaurant in central Athens close to the foot of the Acropolis. With a 4.5 rating on TripAdvisor, this is well worth going out of one’s way to visit. The extensive menu of vegetarian, vegan and raw vegan dishes is fairly stunning, and the fruity smell of fresh-pressed juice and smoothies allows you to enjoy the illusion of healthy eating while consuming strongly unadvisable amounts of pizza and chocolate pie. The coconut cream served with most of the desserts was a particular highlight for me (having, in my dark dairy days, devoured many a full can of squirty-cream straight from the nozzle), as well as the hot avocado and pine nut risotto.

After the first two days of the trip spent living off Greek salad with the feta removed, aka lettuce, tomato and onion, I could have metaphorically eaten a horse.

Another find was 100 Miles Away, a pub-style vegan restaurant serving three affordable options: burger, pizza, or a salad. Although the food was commendable, featuring the holy grail of tasty vegan food – a good dairy-free cheese – the pub was far out from the centre, located just off one of the main roads out of the city. It took us a good twenty-minute walk through an industrial area along the side of a busy road to reach it. The walk back in the dark, after several pints, took considerably longer – I’d advise not wearing sandals.

I soon also realized that non-salad options were widely available even without venturing off the beaten path to seek out vegan hideouts. Being a Mediterranean cuisine, Greek food shares much in common with Italian food – veg-friendly Italian dishes such as spaghetti napolitana (derived from Italian cuisine, although only entitled ‘napolitana’ outside Italy) and focaccia are often on the menu. Spaghetti napolitana is served in Greece with the sauce on top of the spaghetti (unlike Italy where it is usually stirred through), has a chunky tomato consistency and is packed with flavour from a variety of herbs, usually featuring freshly-cut basil, thyme and oregano. Tomato paste is high in iron and B-vits, so combined with the carb-loaded spaghetti the meal guarantees satisfaction. Focaccia bread in Greece is generally thinner and crispier than in Italy, where it is served in thick squares. The use of olive oil in baking the bread lends it a more ‘fried’ texture and flavour. Topped with chopped plum tomatoes, red onion and oregano, this dish makes a surprisingly refreshing and filling main course.

My advice? Learn Greek and use Google Maps, but don’t let your many, many flaws as a British tourist hold you back. In comparison with the generally poor vegan options of England, Greece is quite a treat for any diet.

• Elizabeth Shelmerdine is Features Editor of The Oxford Student. 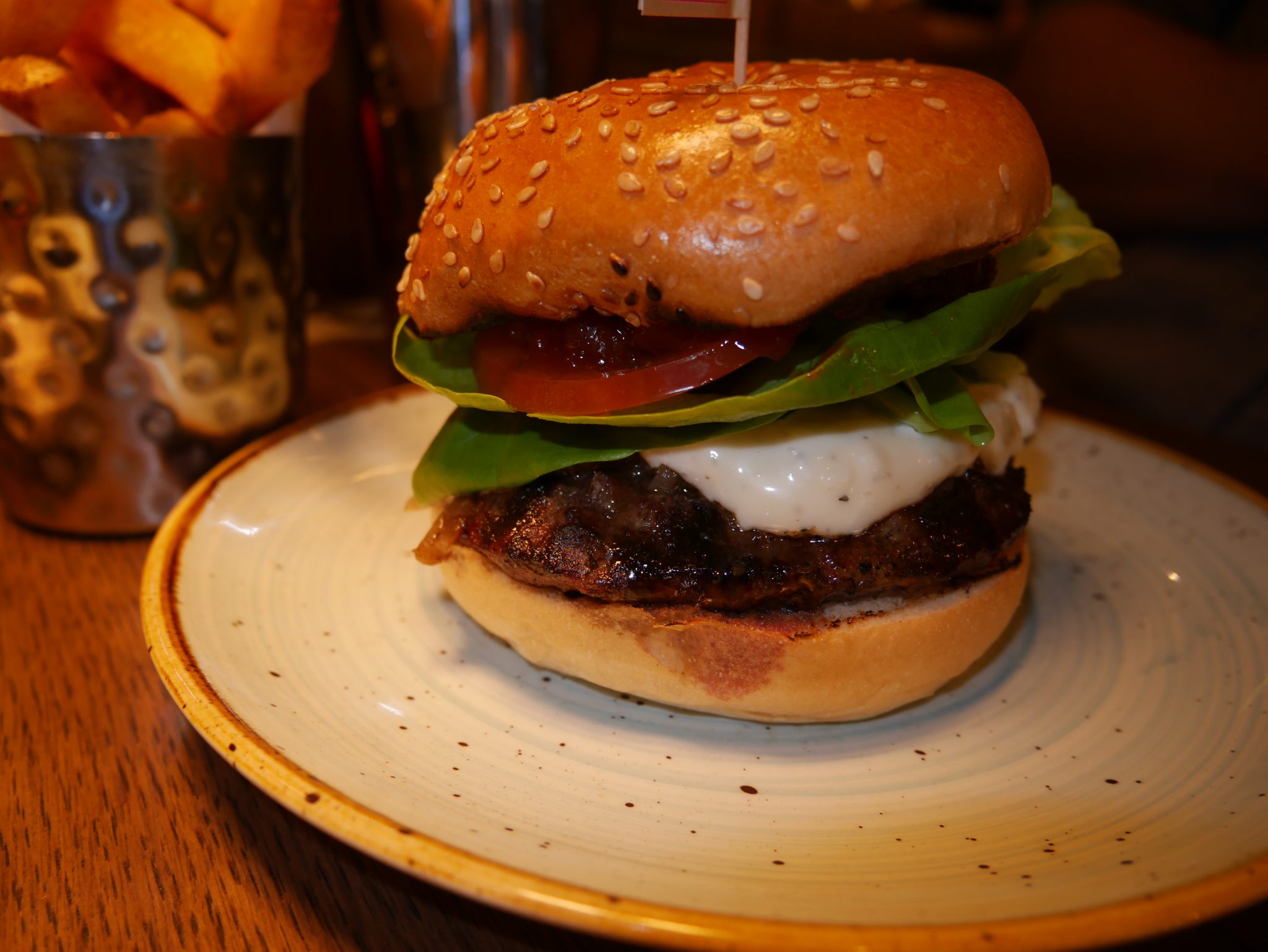 GBK delivers on the gourmet burgers