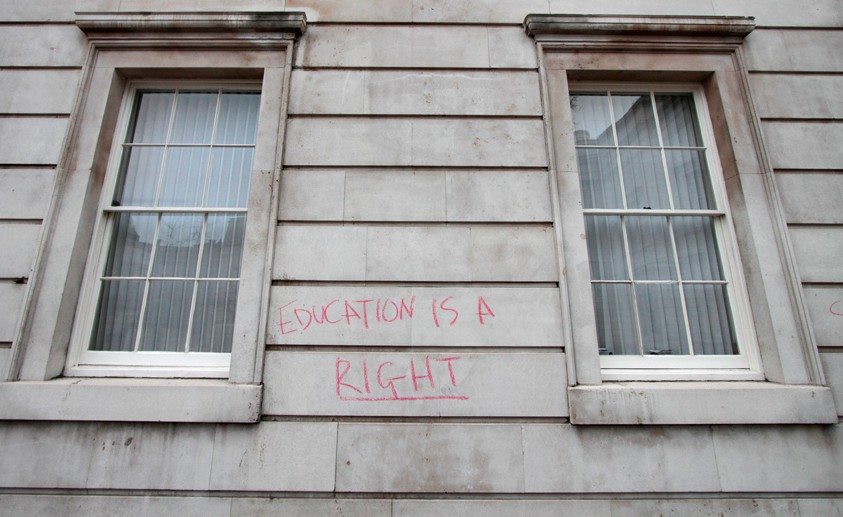 Oxford University’s Student Union has released a video as part of their campaign to prevent the university raising tuition fees for current UK and EU students. They revealed that Oxford University plan on raising fees from £9,000 to £9,250 from 2017/18 for all students, including those who are currently studying here.

The changes will be made possible if the Higher Education Bill passes through Parliament, which it is estimated to do before October. The increases were discussed at University Council last term and passed despite the opposition of OUSU 2015/16 and current officers.

However, other high-profile universities, including Cambridge, Durham and Birmingham, have already announced that they will not be raising tuition fees for current students.

OUSU have released a statement on their website, questioning the University’s move on the grounds of legality and the higher levels of debt students will incur because of it.

OUSU have released a statement on their website, questioning the University’s move on the grounds of legality and the higher levels of debt students will incur because of it. They have filed a freedom of information request in order to see the legal advice given to the colleges.

OUSU have also heavily criticised the lack of clear information from the university, stating “the University haven’t published a statement, their website is ambiguous, and the vast numbers of students who will be affected by this have not been contacted.”

OUSU believe that there is still time to change the University’s policy: “Crucially, we don’t think it’s too late to change this… at OUSU we’re pursuing every avenue we can to lobby the University to reverse their decision. But we need you to add your voice. Help us to show the University that this kind of unfair treatment of students simply won’t be tolerated.”

Oxford University and Jack Hampton, OUSU President, have both been contacted for comment.

There is an online petition, which at the time of publishing has over seven hundred supporters.