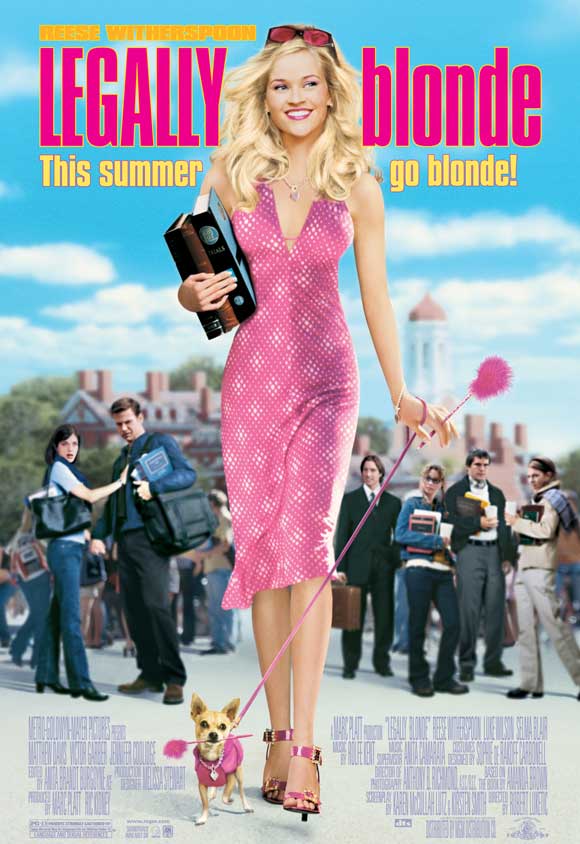 Reader, allow me to begin this new term by regaling you with a tale of a simple boy from Birmingham. A boy who didn’t think he was ‘Oxford Material’ because he liked listening to Nicki Minaj and watching America’s Next Top Model. A boy who wasn’t always taken seriously academically because he used words like ‘shady’ and was using vocal fry before they had a word for it. He deliberated for months, until a film came along that convinced him he had what it took to apply. That film was Legally Blonde.

Now, admittedly, that may be something of a dramatisation, but Legally Blonde is undoubtedly the best university themed film out there. Before Elle Woods, most female students in university films were considered nothing more than ditsy arm-candy, there to be ogled by drunken frat-boys (think Animal House). Those that didn’t fit into this category were dowdy and quiet girls, who only cared about academics, and only made a brief appearance as the natural enemy to said arm candy. Legally Blonde changed all that. For the first time we were introduced to a bubbly and fashion forward blonde who was more than just a vacuous stereotype. Elle proved to us all that it’s perfectly possible to care about Days of our Lives and Cameron Diaz, while still shining academically and reaching the upper echelons of Harvard Law School. While her motivations to apply to Harvard and win back her WASP ex-boyfriend were less than perfect, once there she laughed in the face of her many nay-sayers, and eventually graduated as her class valedictorian.  Legally Blonde was a further departure from the traditional university comedy, for the way in which it emphasised the importance of sisterhood. Elle and Viviene, her straight-laced rival-in-love both eventually realised that fighting over Elle’s ex-boyfriend Warner was of little importance, and ended the film as close friends.

So thank you Elle Woods, for showing us that a knowledge of accessorising and perm-maintenance can go hand in hand with your degree, and that we’re often all far too quick to judge a book by its cover (even if that cover is sparkly and pink).

Starter for 10
by Miranda Reilly

Starter for 10 is part comedy, part coming-of-age film and part class-based social commentary. With a screenplay by David Nicholls, author of the book that the film is based on, both novel and movie are equally worth looking at, and far more similar than the majority of books and their adaptations.

The story centres around Brian Jackson, acted excellently by James McAvoy — in fact, the film is full of familiar faces, with James Corden, Catherine Tate and Benedict Cumberbatch, among others, featuring in minor roles. Set in the 1980s, Brian seems to be the only working-class student at Bristol University. He feels out of place both at home, where his friends tell him university is a waste of time, and around the upper- and middle-class students at Bristol. What unites these two social spheres is Brian’s obsession with University Challenge, fuelled by a thirst for knowledge instilled in him by his late father. In one of the film’s most moving moments, weaved between the comedy, Brian cries, unsure if his father would be proud of him.

Although it’s been several decades since the 80s, the feeling of starting university doesn’t seem to have changed at all. The daunting interview, lugging suitcases up endless stairs and students partying far too hard on the first night are all shown within the beginning of Brian’s adventure, while the archetypes of different students, such as social activist Rebecca, still ring true. Watching this film before I started at Oxford, I wondered if, like Brian, as the first in my family to go to university, there would be class divisions and tensions. Freshers need not worry — you’re most likely to bond with a range of people from different backgrounds, united by shared passions, hobbies and corridors.

Starter for 10 is the best uni-themed film for freshers’ week because it’s relatable, distinctly reflecting UK university culture rather than American, and hits the balance between comedy and drama just right. Put it on while tucked into bed by yourself, or while sharing pizza with some new friends.