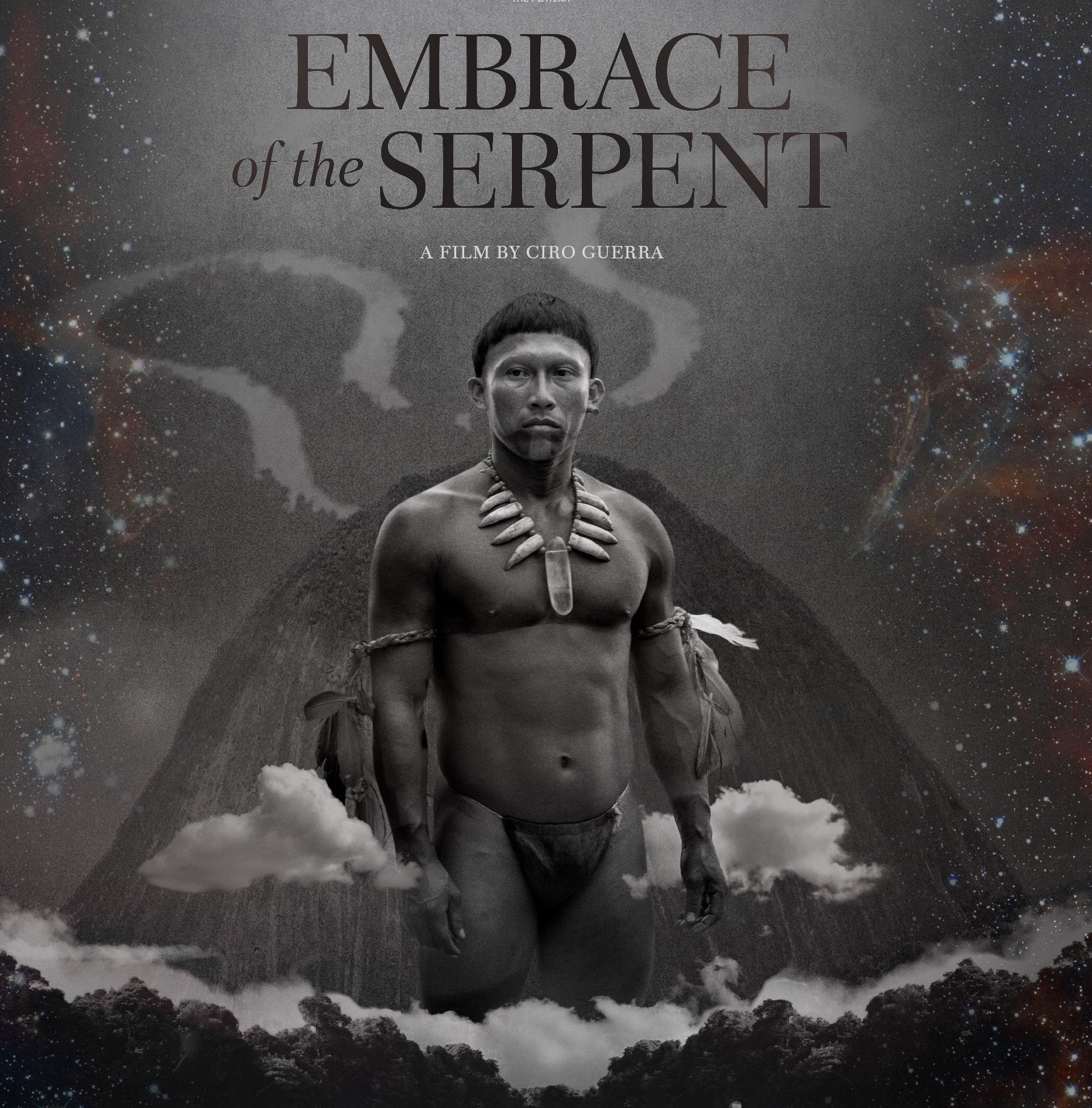 Review: Embrace of the Serpent

The film industry has had a long, and often clichéd, relationship with the Amazon rainforest. This vibrant land mass has formed the backdrop of only a small handful of recognisable narratives. We are now familiar with exploitative colonisers, adventurous treasure-hunters and threatening tribespeople. And in each portrayal of the rainforest, from Cannibal Holocaust to Fitzcarraldo, the protagonist is a Westerner. At first sight, Embrace of the Serpent appears to  follow each of these tropes faithfully; a German explorer searches for a mystical plant while avoiding cannibals. However, Guerra’s film constantly inverts these familiar themes.

This inversion of tired themes is both literal and structural. In the film’s most dramatic section, a white man orders his followers to eat him alive in an act of cannibalistic communion. More significantly, Guerra reorients the narrative so that it is the Amazonian warrior-shaman Karamakate, rather than the barely competent European explorers, who stands at the film’s centre. Through him, we see the landscape from the perspective of Amazonian tribespeople so that it is now the Westerner who is the alien outsider.

According to local mythology, the Amazon river was originally the vehicle by which extra-terrestrial beings descended from the Milky Way. The film travels up the monumental waterway through the Vaupés jungles of Columbia. The narrative is bifurcated between two periods each drawing on the journals of real-life explorers. We are guided by Karamakate as he reluctantly leads the two travellers in search of the healing yakruna plant. The first of the interwoven timelines follows Théodor (Jan Bijvoet), a botanist driven in his search by a fatal illness. Several decades later, his journey is retraced by Evan (Brionne Davis) whose motives are much less certain.

Through Karamakate, we see the landscape from the perspective of Amazonian tribespeople

Viewed alongside Karamakate and his compatriots, the two Europeans appear wooden and inexpressive. But this fails to detract from the film since our focus is always on Karamakate (Nilbio Torres and Antonio Bolívar). The viewer may at first worry that we are simply revisiting the theme of the ‘noble savage’, but Guerra’s protagonist proves to be a fascinatingly complex character. As a young man he is lonely, angry and distrustful, with no interest in the goals of our explorers until Théodor gives him hope that he can find the surviving members of his tribe. In later life he fears that he has forgotten the customs of his own people and that he has become a ‘chullachchaqui’ – an ‘empty, hollow’ shadow of himself with no memories. Through his story, the incidental follies of the two Europeans are thrown into relief.

For the viewer who craves subtlety, Guerra’s need to write commentary about the impact of Europeans into the dialogue, rather than simply showing it on screen, may prove grating. And some may feel that the film’s insights are exhausted some time before the climax so that a two-hour running time is unjustified. Nevertheless, Embrace of the Serpent remains one of the most memorable films to have come out in the UK this summer.