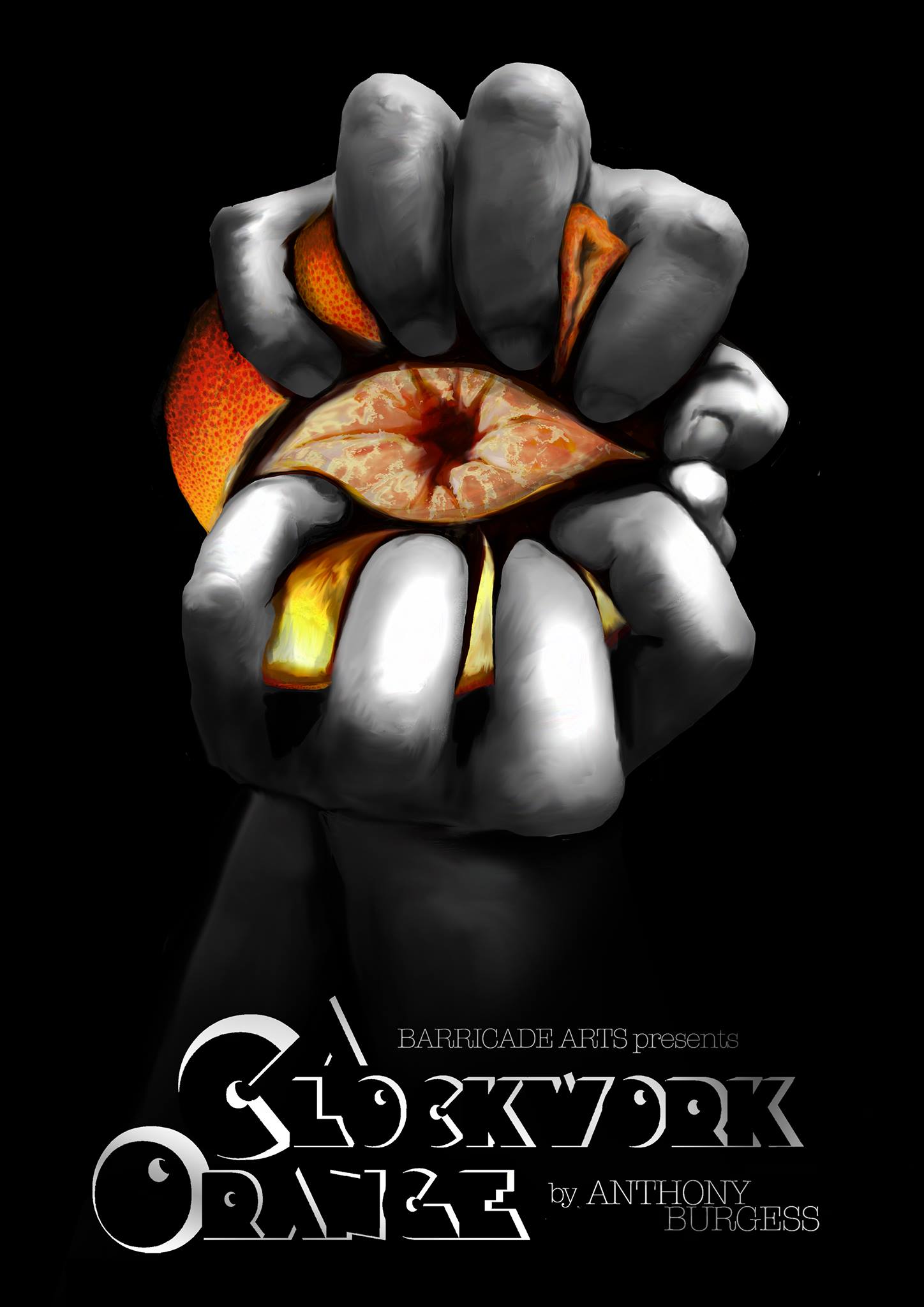 Megan Husain interviews Jonny Danciger, the director, and Gerard Krasnopolski, the lead actor playing Alex in a production of A Clockwork Orange.

So what drew you both towards A Clockwork Orange?

G: So I’ve always been a fan of the book, I studied it at secondary school and I’ve been attracted to the way it’s got a real pessimistic energy about it. It’s a book that doesn’t fill you with hope and faith in life, but it’s still got a strange youthful energy. I’ve also always been really attracted to the key modern theme about the individual against the state. So I guess it’s a bunch of things – the mood it creates, the characters and the themes that its addressing.

J: The main way I was drawn towards it was through a love of the book and a love of the film. In particular for me personally was the way that the book and film treat the idea of music and the way the protagonist uses what most people would see as high art and turns it on its head, employing it as an article for violence.

How did you find tackling such a complex and menacing character as Alex?

G: The interpretation of the character that Jonny has really pushed is that Alex is a character who loves performing. He’s not so much sadistic as he really loves the attention that being a gang leader brings. And so Jonny’s tried to direct my interpretation of the character towards enjoying every aspect of the performance. So in that sense it’s not so hard for me because that what I do anyways – hence I’m involved in drama. So there’s a kind of aspect about it that’s quite easy for me to tap into, you can get energised by the prospect of performance in the same kind of way. But really the biggest challenge is the physical drain that it has on you, when you spend rehearsals getting beaten up again and again. That combined with the themes that the play addresses, and the narrative arc that it takes, is quite draining.

So music is key in this play, tell me a bit about how you’ve looked at that?

J: The central point of the piece is Alex’s conditioning sequence – we’re doing the entire thing through music and sound. The sounds from that sequence then form the basis for all the transitions between the scenes in the play –  so it’s almost as if the audience sitting there watching the play are watching the scenes of violence, like Alex sitting there being conditioned against violence during his treatment. And then the other level to it as well is that for some of the scenes of violence Alex is watching we’ve actually taken audio recordings from the Stanley Kubrick film. So I don’t know, that’s a little secret thing, the idea that Alex is sitting there being conditioned against violence by watching Stanley Kubrick material is quite amusing to me.

How do you feel that the play resonates with modern day social issues?

J: Well obviously, and especially in a student setting, the themes of sexual violence and violence in general, is probably the most relevant and the most sensitive issue. And that comes with a lot of care that you have to take when you’re representing these things on stage. So the first thing you’ve got to do with this is base it on what the cast is comfortable with. And then when you’re actually approaching these things it’s important not to try and make it any less distressing, because that’s being unfaithful, but neither is it ok to be gratuitous. The way to do that is to conceal things on stage, so the violence throughout the play is very psychological.

G: I think there’s also a strange retro kind of way it captures some of the mood of politics at the moment. We have a very efficient slightly Theresa May-esque figure as the minister who jumps from being an opponent of Alex, who advocates his treatment, to then doing a U-turn, and advocating his cure and recovery of free choice. She spoke in favour first of one issue, and then comes down on the other side, which seems kind of vaguely familiar.

But you’ve also got, against the government minister and the machinery of state, these ineffective left wing, well supposedly left wing, political rebels, who initially seem like salvation, but are then revealed to be just as corrupt to their own ends as the previous government is. So there’s a kind of claustrophobia in political representation on the stage which I think quite captures the way many people feel the country is going in political terms.

A Clockwork Orange is on at the O’Reilly Theatre, Keble from 11th – 16th October.