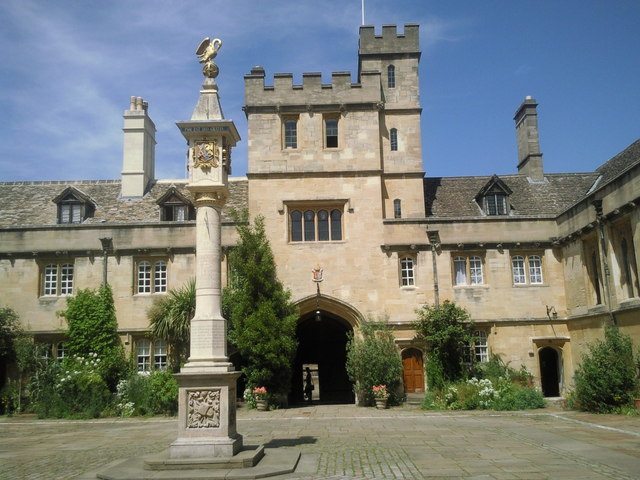 Oriel JCR will henceforth refer to Corpus Christi College as 0th Quad in all correspondences, including in minutes and in meetings. The motion was passed just days before Merton JCR declared war on the college. Corpus Arts page issued a Facebook post inviting students to enter material for a propaganda war against their neighbour, stating ‘the wetter’s shall not prevail’.

“It saddens me that two of our closest neighbours have both lashed out in such quick succession” commented Arthur Holmes, a second year Ancient & Modern History student from Corpus. “Quite what prompted such an act of reckless aggression from the Mertonians is beyond me, but let it be known that Corpus stands tall in defiance: few, in number, but great in heart”.

Though it is not currently known why Merton issued such a decree, it is rumoured it lies in Corpus being built in land formally owned by Merton. It was noted that Oriel’s motion was partly due to a ‘personal vendetta’ by the proposing student, whose room faces the college and is continually woken in the early hours. The proposer commented: “it would be nice to honour what they do by renaming them in this way”.

When asked whether Oriel JCR would pay for landscaping the famous concrete quad of Corpus, it was responded that any change would have to come from their JCR budget. Though Oriel would design the quad “as we’d be doing them a favour”.

“I am delighted that the JCR support the motion with only vote against – this was a much better result than what I was expecting,” commented second year theologian Max Wood, who proposed the motion to Oriel JCR.

“This motion was a bit of a joke between the Merton Street colleges and it saddens me greatly that Merton want to see this jovial relationship ruined by war. I see only melancholy in times ahead”.

The timing of the motions has left much uncertainty within the Merton street colleges, and many Oriel students are now confused as to whether they are at war themselves.

An offer has been extended to Corpus to attend Oriel’s next JCR meeting as ambassadors for 0th quad, to discuss their current situation.