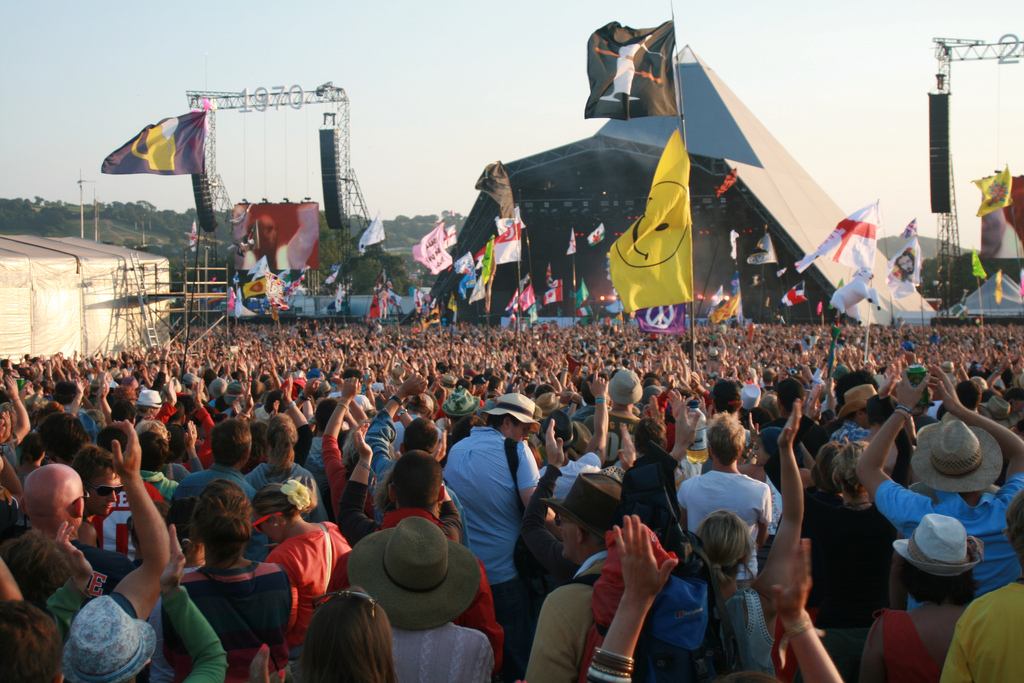 The Summer in Music

Brexit, Brangelinexit, and Bake Off-exit: it’s certainly been a summer full of depressing news. But can you remember what’s gone in the world of music? Fear not, for OxStu will help refresh your memory about what’s been happening over the Vac…

23rd June – As morning breaks over the field of Worthy Farm, so does Brexit, so does the news that the people of the UK had indeed voted leave and taken control. Mood is improved by Muse’s protest anthems – but what’s this? Rumours emerge that Matt Bellamy voted Leave. Instead it’s Adele’s break up songs which provide the perfect mood for the weekend – especially the classic Someone like EU.

18th July – Kanye’s underwhelming The Life Of Pablo is made briefly relevant as Kim Kardashian releases a recorded phone call between Yeezy & Tay Tay; T-Swizzle had publicly expressed outrage at Kanye’s references to her in the song ‘Famous’, but the phone call revealed she had in fact agreed to some (though not all) of the lyrics. Who’s side are you on, loyal reader? 19th July – Guns N’ Roses, on their reunion tour, are detained by Canadian border police for possession of firearms. Philosopher-King Axl Rose mused, ‘You can forget you have a fucking gun. Wasn’t my gun.’ They were subsequently released.

29th July – Drake’s One Dance knocked off the charts by Major Lazer, MØ and Justin Bieber’s dreary Cold Water, after 15 weeks – one more and it would have equalled Bryan Adam’s Everything I Do, I Do It For You for most weeks at number one. Fun fact: Drake, Bryan Adams and Justin Bieber are all Canadian.

2nd August – Wahoo announces that it’s shutting at the end of Michaelmas Term 2016, as part of a redevelopment of the building between Hythe Bridge street and Park End street. This is a very worrying prospect, especially because the top floor played some genuinely decent jams, but the blow is softened when you learn that in an inspection in March, it received a one star hygiene rating. One star.

5th August – Indie band Viola Beach, the members of which tragically died along with their manager in a car crash in February, reach number one. Their self titled debut album is posthumously released and soars to the top spot. Earlier in the summer, Coldplay covered one of their songs on the Pyramid Stage.

8th August – Successful indie rock band The Maccabees announce that they’re splitting up after 12 years together. It’s disappointing news from a band who arguably never found the peak of their powers. If they’d kept on going they might have made it really big. The UK indie rock scene is a shadow of its Noughties self, that’s for sure.

19th August – Frank Ocean releases video of himself constructing a wooden spiral staircase. But he fails to release his new album.

20th August – Frank Ocean finally releases album, Blond(e). It’s the music event of the summer, and the album is hailed as a masterpiece. It’s a stripped-back, melancholy affair – there are certainly none of the absolute bangers found on Channel Orange, and the LP gained considerable press purely because most of the music lacked drums. Here at OxStu, however, we’re not taken in by the mass hysteria: you heard it hear first, Blond(e) isn’t as good as Channel Orange.

7th September – Fabric, a key player in the London club scene, has its license revoked, following two deaths related to drug use on the premises. Despite an e-petition with over 135,000 signatures, and the backing of Mayor of London Sadiq Khan, the club shuts; fears for the future of other UK clubs start to grow – more than half of London clubs have closed in the last eight years.

15th September – In a moment of shock horror for all those undergrads who realised that they were the biggest David Bowie fan ever just after he died, Skepta beat Blackstar to win the Mercury Prize. It was a thoroughly deserved victory for the Tottenham rapper, but also served as an indicator of the increasing momentum behind grime music. Fellow grime artist Kano was also nominated for the prize (his ‘Made in the Manor’ is also excellent), and, with artists like Drake and Pharell featuring on Skepta’s album, it seems only a matter of time before a UK rapper makes it big across the pond.

So, that’s what’s been going on in the world of music this summer. What’s going to happen in the lead up to Christmas? Well we don’t know – but stay reading the OxStu Music section to find out!