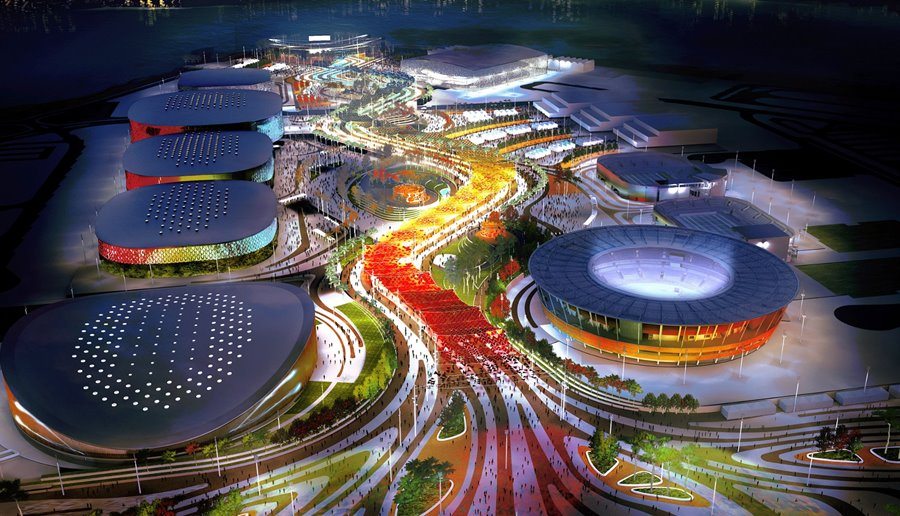 As another Oxford year begins, with a debauched Freshers’ Week or a raft of collections, the time has come to cast an eye back over the summer. The Olympic Games came as a welcome antidote to the sustained drudgery of Euro 2016, bringing the usual sights of world records dropping like flies, gold medals for Bolt, Farah and Phelps and the rather more unusual record medal tally for Team GB. Rio 2016 promised sun, samba and sporting excellence – but how far did it deliver?

It can be easy to forget, with images of sporting success still lodged in our collective memory, the problems that originally dogged this the first ever South American Games. Stories concerning behind-schedule and over-budget stadiums seem to always form part of the build-up to Olympic Games, London was no exception. But in Rio the problems were often real. The weight of evidence behind Russian state-sponsored doping, and the IOC’s decision to allow many Russians to compete, cast doubt over the fairness of many events before they even began. The battle between Rio’s crime problem and its rather brutal police force also threatened to overshadow the Games, while political protests also caused concern. Apart from Ryan Lochte’s bizarre accusations, the Rio Olympics managed to avoid associations with crime or politics. But ticketing problems, in particular the contrasts between the extraordinary prices quoted for some star attractions and the poverty of much of Brazil, reflected badly on the Games and reminded many Brazilians why they had opposed the plan to host the Olympics as an expensive folly.

Problems filling stadiums however, were nowhere to be seen when home medals were in the offing. Remarkable stories like that of Rafaela Silva, the Brazilian judoka who defied a favela background and vicious racism after disqualification in 2012 to win gold, united this deeply divided country in the way that only sport can. The heart-rending emotion of competitors like gymnastics silver-medallist Diego Hypolito after success in front of home crowds pays testament to the powerful impact that these Games have had on Brazil. This first Olympic Games in a South American country brought the highest ever medal count for a South American country in Brazil’s 19 and officials hope for a boom in Brazilian sport, especially in areas like boxing or canoeing. This continued in the Paralympics, where Rio brought new levels of success. Rio 2016, it is hoped, will be held up as a model of the Olympic legacy.

If you have been in Britain at any point in the past few months, however, you will be aware that Brazil was not the only country to claim Rio 2016 as a success. The triumphs of Team GB are truly remarkable, with second-place finishes in both the Olympic and Paralympic medal tables. These Games made celebrities of previously unrecognised names such as the “Golden Couple” of Laura Trott and Jason Kenny, or Paralympian Kadeena Cox, as well as cementing the place of Mo Farah, Dame Sarah Storey and others in the pantheon of British Olympic and Paralympic greats. Britain exceeded its record Olympic tally by both consolidating its grip on sports that traditionally provided medals, such as track cycling or rowing  and by expanding into new sports. Adam Peaty became the first British man to claim a gold medal in the pool for 28 years, smashing the world record at the same time, but Britain’s gymnastics success was even more spectacular. Team GB had been waiting since its inception for a gold medal in the gym, and, just like buses, two came along at Rio 2016 with Max Whitlock providing both, making himself a household name in the process.

Bolt represents everything good about sport, his joy in running both palpable and infectious

Whitlock, however, was not the only new star to burst onto the world stage at the Games. Indeed, he was not even the main attraction in the world of gymnastics. For, in the gym at least, this was undoubtedly the Simone Biles Olympics. Like Rafaela Silva, Biles’ upbringing forms a key part of her appeal, she was raised and eventually adopted by her grandparents with her parents both suffering from drug and alcohol dependency. The pint-sized American failed to complete her heralded clean sweep of all five events in which she competed, having to settle for four after a slip in the balance beam final, but she certainly made a name for herself, becoming the most decorated American gymnast of all time as well as something of an internet darling. Wayde van Niekirk is another athlete who may look back on these as his breakout Games. The South African stormed to victory in the men’s 400m, breaking Michael Johnson’s seventeen-year-old world record in the process with his time of 43.03 seconds. At just 24, van Niekirk will have hopes of claiming more medals in future and is tipped to become the new face of world sprinting, even receiving a challenge from the current holder of that accolade, Usain Bolt, to a 300m race to decide who really is the fastest man on earth.

And so to Bolt. This was a Games which saw multiple athletes cement their legacies (most notably Michael Phelps who claimed six medals, five gold, to become the most decorated Olympian in history) but surely Bolt’s reputation in world sport is hard to surpass. With the Jamaican set to retire after the 2017 World Championships, his unique style seeming, to the untutored eye, to ease across the line, will not be forgotten. It is difficult to think of a sportsman not only as universally respected, but as universally liked as Bolt. In a sporting world so often tainted by corruption and, particularly among sprinters, allegations of doping, Bolt represents everything good about sport, his joy in running both palpable and infectious. And while Bolt failed to break any of his own world records in Rio, he delivered three gold medals, taking his tally to nine overall and joining an elite group to have won every Olympic event which he entered in three consecutive games. His legacy is inevitably hard to assess. But without doubt, Bolt is a role model to athletes everywhere, showing that winning races cleanly, and with a smile on your face, can be one of life’s great joys.

Overall, then, the Rio 2016 Olympics and Paralympics delivered. Problems with ticketing, doping and political uncertainty may have prevented it from becoming a truly great Games, but it saw the swansong of some remarkable sportspeople, and the rise of new stars to the fore. While work or play may seize the minds of Oxonians once again as the new term begins, it will be difficult to forget the Rio Olympics.