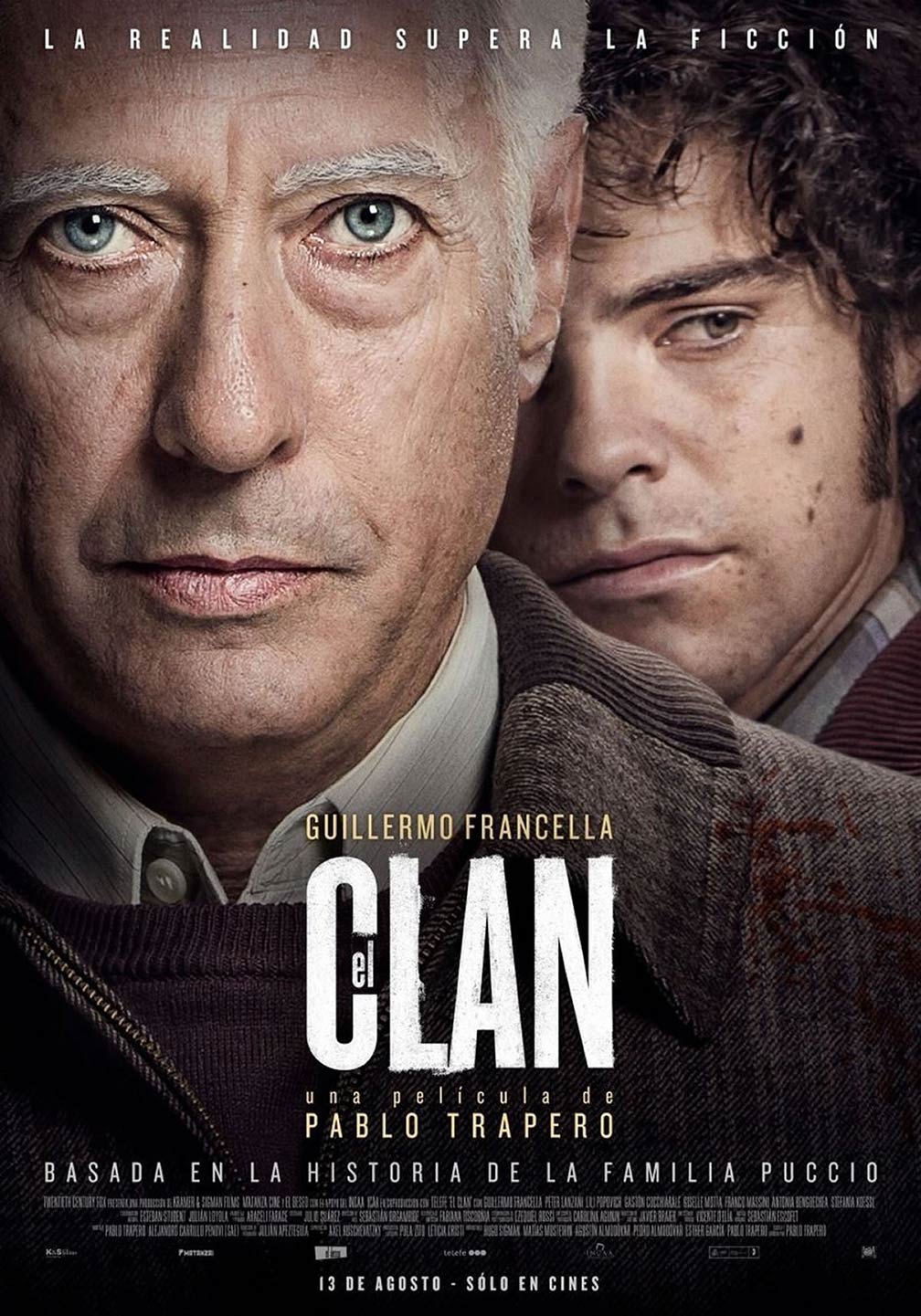 Argentina emerged from the nightmare of dictatorship in 1983 and in the decades since, generations of filmmakers have been engaging with the legacy of the ‘dirty war.’ During the regime of Jorge Rafael Videla, kidnapping was used as a form of institutional control, leading to the state-sanctioned ‘disappearance’ of an estimated 30,000 dissidents. Trapero’s The Clan shows the way in which these kidnappings continued even as the state was transitioning towards democracy. We follow the true story of patriarch Arquímedes Puccio (Guillermo Francella) who puts his old training to new uses in order to pay the bills. In an evening, he alternates between helping his daughters with their homework and feeding his latest victim, blindfolded and handcuffed to the bath upstairs.

Francella, perhaps best known amongst Western audiences for his role in The Secret in Their Eyes, gives an engrossing central performance. His expression is largely that of deadpan disinterest, whether he is planning a kidnapping or serving dinner. Arquímedes selects his prey based on the ransom he can collect, rather than from any ideological convictions. Instead of targeting supposed leftists, he and his accomplices limit themselves to members of their own class and social circle. He completely lacks the kind of warmth and loyalty towards his family that one might come to look for in this kind of crime drama. Over the course of the film, we learn that rather than doing everything for his family, Arquímedes expects his family to do everything for him.

While Trapero’s title suggests that he wishes to explore the ways in which Arquímedes’ decisions drive the lives of all seven members of his family, the director is only really interested in the father’s relationship with his son Alejandro (Juan Pedro Lanzani). Under his father’s influence, Alejandro transforms from local rugby celebrity to reluctant co-conspirator. This transformation provides the most memorable scenes of the film, such as Alejandro’s discovery that the release of one of his kidnapped teammate did not go according to plan, or his desperate attempt to escape his fate at the film’s conclusion. However, by focusing almost exclusively on the father-son partnership, Tapero leaves an equally interesting aspect of the story underdeveloped. Alejandro is directly responsible for some of the crimes, but the entire family – who hear the screams and cries for help – share culpability. Real engagement with this joint culpability is relegated to an aside during the coda.

An additional difficulty for the film is the director’s decision, following the lead of Tarantino and Scorsese, to use upbeat pop music throughout. This seems designed to show the way in which kidnapping has become a normal part of life for the family and perhaps to provide a counterpoint to the dourness of the subject. But hearing The Kinks, Ella Fitzgerald and David Lee Roth ultimately undercuts the intensity of the crimes and pulls against the gravity of the story. As a result, the film fails to develop a tone of dread that might be more fitting for the true story.

Trapero took the story as an opportunity to make a Hollywood-style crime drama with elements of Scorsese and Coppola. But it also serves as an analogy, if not explicitly developed, for how almost any behaviour can be made to seem acceptable in an autocratic environment.