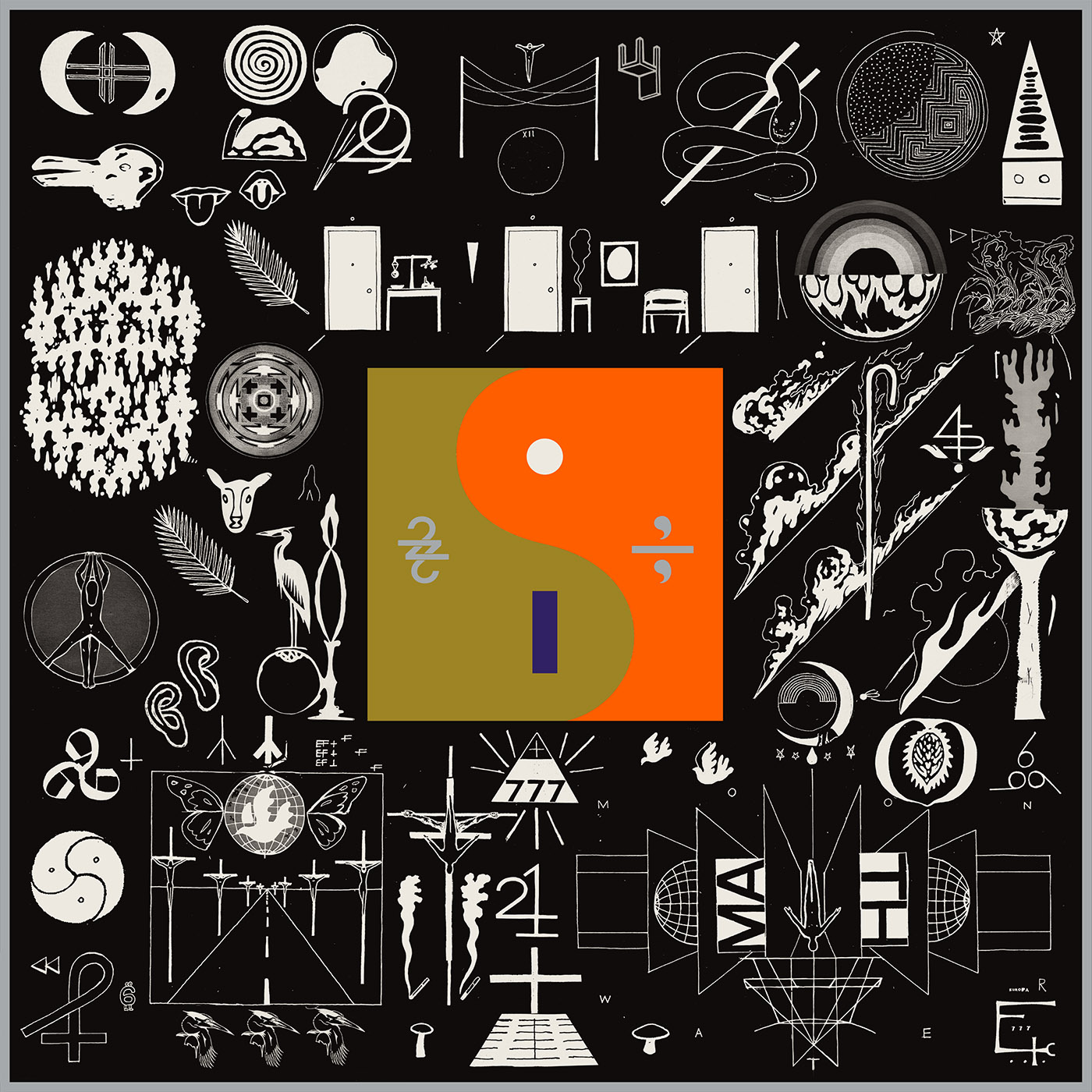 The story of Bon Iver has been repeated ad tedium. “The old records are of this kind of sad nature,” Justin Vernon explained during a press conference held last month. “I was healing myself through that stuff”—a “healing” in the form of 2007’s For Emma, Forever Ago, born out of a Thoreauan, convalescent stay in his father’s isolated cabin in Eau Claire, Wisconsin. Almost a decade, two grammy wins and one album later, Bon Iver returns with 22, A Million, a quest to reconcile the synthetic with the organic, the log cabin with the Ace Hotel, and to harmonise the discordant splinters of a fractured self.

“It’s the thing of wanting to bash things apart and break through some stuff”, he continues. On 22, healing comes from the desire to craft something enduring out of chaos, to create meaning amongst a wash of esoteric ASCII symbols. While For Emma and Bon Iver, Bon Iver used nostalgia as a looking-glass to uncover truths hidden in past experience, Vernon here boldly declares that “these will just be places to me now” (’33 “GOD”’). As the folk landscape of pre-Yeezus Bon Iver is de/recontextualised to suit Vernon’s shifting personal concerns, the pangs of memory are discarded in favour of musical experimentation. The floating synths of ‘Beth/Rest’ are de/reconstructed into the distorted bass of ‘10 d E A T h b R E a s T ⚄ ⚄’, its foil. The synthesised a cappella of ‘715—CR∑∑KS’ fuses elements of ‘Michicant’, 2009’s ‘Woods’ and 2011’s ‘Fall Creek Boys Choir’ while still remaining entirely its own song. And the purr of the autotuning Messina in fact manages to magnify its emotional charge despite processing vocals through effects which usually neuter vocal intimacy. It is precisely the robotic sputter in the third chorus of ‘29 #Strafford APTS’, and the tape crackles of ‘22 (OVER S∞∞N)’ that create a sense of humanity. Perfection, Vernon understands, comes through the acceptance of corruption. Beauty comes from the chaos.

The pangs of memory are discarded in favour of musical experimentation

To be sure, Vernon’s identity is bound up in duality, “the multitude of other” and the “paramind” that he laments on ‘#Strafford’. “I’m standing in the street now”, he croons on ‘8 (circle)’, “and I carry his guitar”, with the two pronouns referring to the constituent halves of the same being—the Pullman-esque “daemon” of ‘10 d E A T h b R E a s T’. In the same way, on ‘22 (OVER S∞∞N)’, the repeating unit “soon” morphs into the sound of Vernon’s favourite number—“two”. Duality marks the coexistence of live and electronic instrumentation, of OP-1 sampler and guitar, and of future and past (“the math ahead / the math behind”). Yet it also delineates the features of Vernon’s voice, holy yet earthly, adopting particular resonance in relation to Psalm 22, chronicling an anguished narrator crying for salvation.

There is no absolute meaning to the iconography of 22; instead, Vernon seems bored with the symbols of an over-symbolic society. “This may sound like a lie”, he says, “but it’s not supposed to mean anything”. Or, as he puts it in ‘#Strafford’, “[I] threw meaning out the door”. Meaning here is delivered beyond the confines of language, as secondary to the feeling which the lyrics inspire. The assertion that “I remember something” (‘715—CR∑∑KS’) allows for the projection of the listener’s own memory into anonymous gaps. The uniqueness of Vernon’s own revelation unlocks something universal—“someway, baby, it’s part of me, apart from me”, as he sung on 2011’s ‘Holocene’. Vernon attempts to assign meaning to a life while simultaneously recognising the profound incapability (the “stalemate/stable, mate”) of doing so. This same existentialism explains why songs break off to question themselves: “no, that’s not how that’s supposed to feel” (‘666 ʇ’). Or, on ‘715—CR∑∑KS’: “how we gonna cry? Cause it once might not mean something?”.

The pursuit of meaning, for Vernon, is perhaps of more value than finding absolute meaning itself

22, A Million asks difficult questions: how do we make sense of the things which rip us apart? And how do we create meaning out of that which is ‘fuckified’? Yet it asserts in addition the validity of never finding that understanding; the pursuit of meaning, for Vernon, is perhaps of more value than finding absolute meaning itself. His reaction to chaos involves a twofold embrace and outward reflection of its absurdity: the dissonance of ‘21 M◊◊N WATER’, for example, is accepted as a healing process only to be refined into the conventional composition of ‘8 (circle)’. In this way, the album walks the path from individual to universal, from 22 to A Million, from the log cabin to the rest of the world. It follows a trajectory from brokenness to wholeness, to a unity forged on its own terms. Most significantly, Vernon’s process of self-revision is torturous but meaningful; “it harms me”, he confesses on ‘00000 Million’, but “I’ll let it in”.