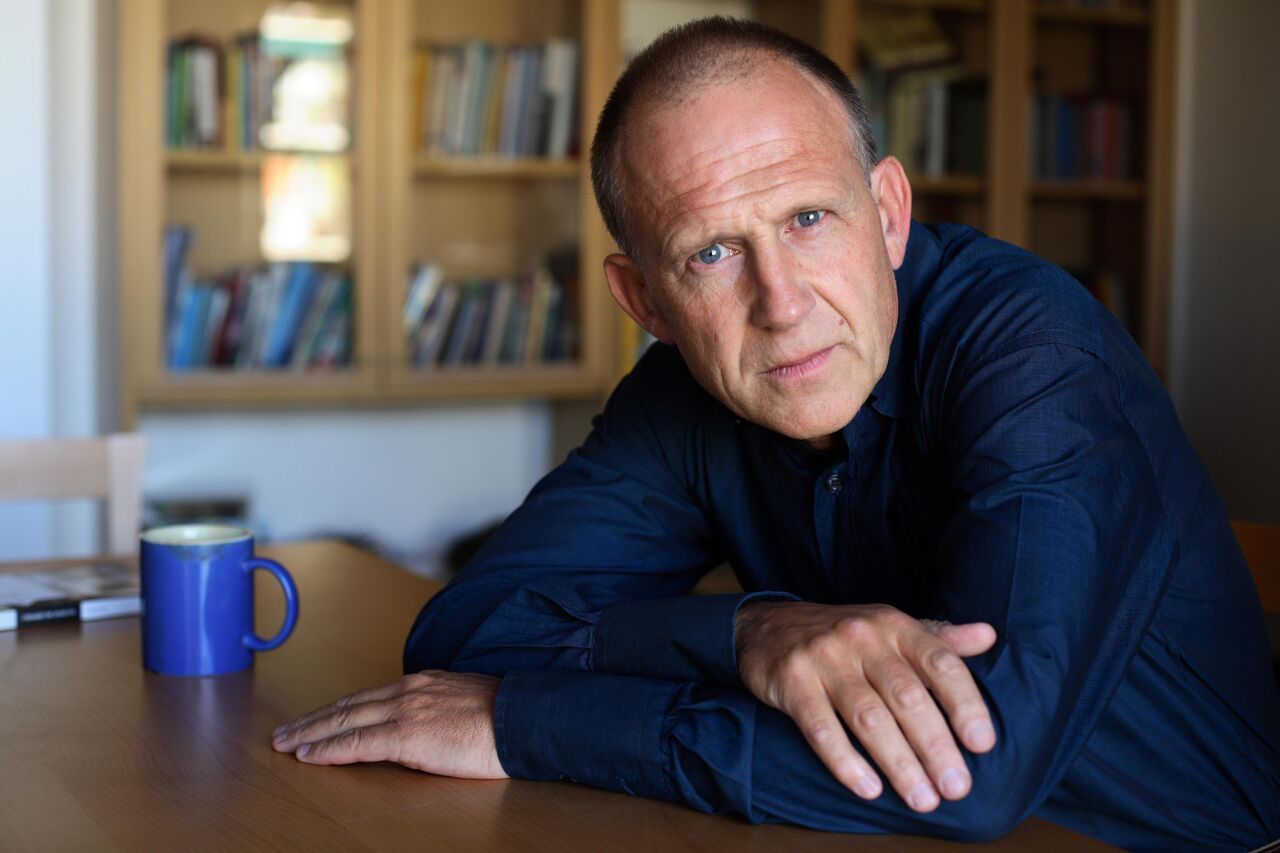 Between seventeen novels (most recently Thomas & Mary, a Love Story), a selection of literary criticism and non-fiction, talks spanning several continents and a post as Associate Professor of Literature and Translation at IULM in Milan, Tim Parks is likely qualified to answer questions on more subjects than I could realistically stretch into what at least nominally remains a Travel article. Nevertheless, despite this array of writing, teaching and speaking commitments (not to mention trips to his beloved football team Hellas Verona), I’ve never received prompter answers for a piece, even after an initial email ended up in the spam folder.

No time to waste, then. I was keen to hear what Parks, who moved to Italy in 1981, made of the recent EU referendum decision. In my experience, at least, friends in Italy have been rather baffled by Brexit and any conversations on it have usually ended with them no more enlightened and sympathetically pouring me more wine. For Parks, there is a marked difference in the two countries’ perception of the EU: “The fact is that, anthropologically, the EU plays an entirely different role in the social and political dynamics of the two countries. Italy is happy to be fragmented as a state, geographically and ideologically, with rival groups determined to prevent any centralist power from dominating events. Hence the EU as it were substitutes for a powerful Italian national government.”

It is this kind of regional pride, then, that Parks sees as the cause for differing attitudes. “Italians in the provinces see little difference between having absurd laws imposed from Rome and having them imposed from Brussels,” he says. “Britain comes to the Community from an entirely different tradition, more confident in its own destiny and resistant to wasteful bureaucracy and empty rhetoric.” As for his own stance? “In the end, although I would have voted to remain out of a residual European idealism, I never really believed that the UK’s destiny lay with the EU and I’m not unhappy with the Brexit vote.” As far as the reaction of my friends goes, Parks points to the 40% youth unemployment that current exists in Italy, something he deems unthinkable in the UK. “More wine is good,” he adds, “though perhaps not helpful when it comes to understanding.”

Despite studying for a PhD at Harvard and relocating permanently to Italy not long after returning to London, Parks still describes himself as a reluctant traveller. He lists the places he’d like to visit – Greece, Portugal, Laos, Cambodia, Vietnam – but it is still Italy that holds sway:  “Whether I actually care enough about going there actually to get off the couch or miss my regular pleasures in Milan is a different question….” It is perhaps this penchant for mannerisms and familiarity that lends such wonderful detail to the stories recounted in Italian Neighbours and An Italian Education, both based on the experiences of his first ten years living in Italy. With many students taking a year abroad as part of their degrees, I ask what advice Parks has for those off to live in a new country. “Explore and enjoy. Work hard at the language and let it take you over. Remember that to begin to understand another people, you have to become a little bit like them. Be ready to change.”

One aspect of Italian culture that Parks has keenly explored is football, and his love for the team Hellas Verona is well documented in the book A Season with Verona: immersing himself in the world of the most unwavering gialloblù fans (for Hellas play in yellow and blue), Parks followed the squad to every game of their 2000-2001 season. He explains to me how it was the theatricality of the game that drew him in: “I came here when I was 25 and the stadium was one of the few places where I felt at home. When the British turned their stadiums into rather polite all seater, kiddy friendly, politically correct places in the late 80s, the Italian stadiums remained for many years more electric with a tradition of burlesque insult that often remind me of the commedia dell’arte. A huge injection of rude energy. I loved it.” He concedes that the atmosphere has been tamed of late, however, which in his eyes may prove detrimental both inside and outside the stadium. “The bad boys have been forced elsewhere, where, no longer being part of a wider community, they will no doubt be more dangerous.”

Equally evocative as A Season with Verona is Italian Ways, a winding and well-observed account of the Italian railways and their passengers that sways from love letter to letter of complaint and back again faster than your average Southern Rail train gets cancelled. It clearly caught the attention of the State Railways, for Parks was invited to speak at their annual conference for all the system’s managers. “There was a general feeling that I had not been overly unkind,” he says. “The book has been quite a success with commuters here. The critics were generous. I don’t think people had realized quite how interesting the details could be.”

After all, the details are also available to an Italian audience thanks to a series of translations; given that Parks has written extensively on the subject in his book Translating Style, I was interested to hear how he approached the question of the translation of his own works. “In Italy I know the two or three people who translate me and once they have a first version I go over it carefully and we discuss any points that need discussion. You have to let a translator impose their style to an extent, but you can help by pointing out nuances and explaining a thing or two. As for other countries, one crosses one’s fingers…”

Parks claims that all his various non-fiction works are simply “different masks for the same vision”, and I ask whether this might extend to his novels as well – whether the autobiographical elements in books like Italian Neighbours serve to inform the reading of his fiction. “I meant that the non-fiction work does indeed have a similar behavioural signature if you like, for those capable of recognizing such things. Alas most literature teaching is entirely taken up with notions like symbolic themes, imagery, lyrical prose, and so on, it rarely looks at the underlying values and conflicts of values in people’s writing. Inevitably the autobiographical material in the travel books sits side by side with the fiction and they inform each other.”

Of course, the best observational or travel writing must try to find a balance between embellishment and authenticity, between the author and the place he is describing; too much of the former is to write fiction, too much of the latter a geographical survey. “Place is always filtered through this individual impression and tells us as much about the writer as the place,” says Parks. “I do think this is a very different procedure from fiction though, where you’re far more involved in constructing narrative and under no obligation to give a faithful impression. If a travel book does feel like fiction, it is not a good travel book.” His works certainly follow this principle: whether featuring on the Monday morning commute to Milan or on the south stand of the Bentegodi stadium, characters appear not only genuine and relatable but also vivid in the eyes of a storyteller. Parks has hinted that he may write about Italian universities in the future – if they’re anything like Oxford, he won’t be short of characters.