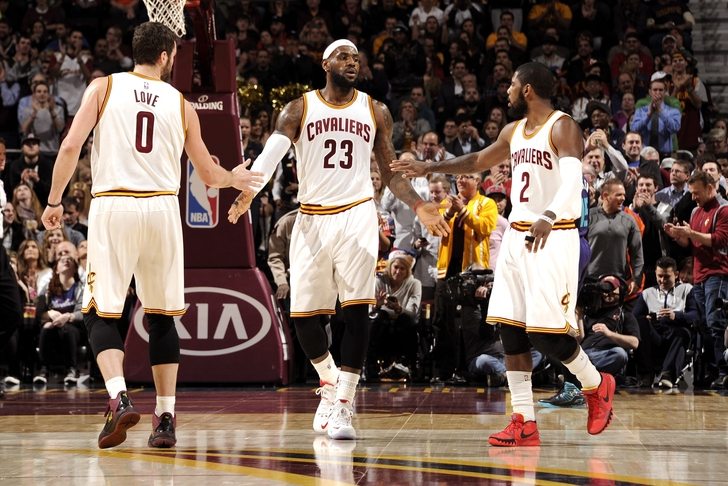 The NBA season is nearly upon us and, whilst an offseason of huge turnover should make for one of the most interesting early seasons in recent years, there are some trends from both the offseason itself and what has happened so far in the preseason that could be extrapolated further.

No team is likely to enter the 2016-17 season with more pressure than the Golden State Warriors.   Despite falling short last season in their attempt to repeat as NBA champions, their signing of former MVP Kevin Durant has put them in the position of being heavy favourites. Whilst on paper the talent they boast is above any other team, their relative inexperience in working together and the potential issues with sharing touches could lead to some early miss-steps. If they are able to come close to their record win total from a season ago then that would obviously be a success but really this is a team whose aims should be in the postseason. To emerge as the 1st seed from the West should be the first step on that path.

The next tier of Western Conference teams will all be looking to emerge from the bunch in their quest to challenge the Warriors to the Western Conference crown. The Spurs are not the team of a few seasons ago as their “big three” of Duncan, Parker and Ginobili are either retired or on the way there. Kawhi Leonard continues to be one of the best players in the NBA but unless Greg Popovich is able to engineer another season of brilliance from either Parker, Ginobili or Aldridge then it will be hard to see the Spurs going further than the Western Conference finals.

The Clippers look like an elite team on paper, but that has been true for the past three years.   Unless they are able to get more from Paul, Jordan, Griffin and Crawford then they could well go down as yet another Clippers team that fails to live up to its potential. The Oklahoma City Thunder is a team for which 2016 is a make-or-break year.  Having lost Kevin Durant and re-signed Russell Westbrook they are looking for the beginning of a new era. Westbrook is a player who is able to generate statistics in a way that few have ever been able to do, but his ability to consistently win games as the feature player on a team is yet to be ascertained.

The Portland Trail Blazers are a team that has continued to be successful despite losing many of their key players and there is no tangible reason why that shouldn’t continue. Despite this, it is very hard to imagine them as anything other than a fourth or fifth seed coming out of the West. The Dallas Mavericks, Utah Jazz and Memphis Grizzlies are all teams that should be looking to compete for a play-off spot but are unlikely to do better than a middling seeding for the play-offs followed by an early exit.

The Houston Rockets and the Minnesota Timberwolves are both team for which the range of potential outcomes is large. Both teams have elite NBA players leading them in James Harden and Karl Anthony-Towns but the depth behind that is questionable. The Rockets have moved on from Dwight Howard and now look for Clint Capela to step up as their interior scorer. The addition of both Eric Gordon and Ryan Anderson ought to reduce the burden placed on Harden’s shoulders and, should they be able to put all of this together, they could reasonably contest with the very best of the Western Conference. On the other hand, last season demonstrated that James Harden alone cannot carry this team and another disappointing season could spell significant changes.

The Timberwolves are, by contrast, a young team who have all of the talent required to create a dynasty in the Western Conference.  This does mean that they are highly reliant on younger players to develop at a high rate and to continue to contribute at a high level. While they are still a year or two away from competing for anything more than a play-off spot, this is a team for whom the arrow is pointing up and for whom it should be a matter of when, not if, they are able to challenge the league’s best.

The next tier down in the West are the likes of the Phoenix Suns and the New Orleans Pelicans. They are both teams that could, should things go right, be able to sneak into the play-offs as a low seed. However, whilst both contain some degree of star talent, neither have the depth to really compete with the big boys. The rest of the West is made up of teams who are still a year or two away from being play-off contenders (such as the Los Angeles Lakers) and teams for whom success is still but a dream. The Nuggets do have enough talent to not be seen as the dregs of the NBA but are lacking players to take them to the next level. The Sacramento Kings, on the other hand, are a team that seem determined to lose, despite possessing the best Centre in the league in Demarcus Cousins. Their inability to add any talent around him has reportedly put Cousins on the brink of demanding to be traded and, unless they are able to at least contend for a play-off spot, it is likely that he will be seen in a different jersey come next season.

For the Timberwolves it should be a matter of when, not if, they are able to challenge the league’s best.

The Eastern conference is once again shaping up to be the Cleveland Cavaliers and everybody else. The reigning NBA champions look to retain largely the same team from a season ago and, whilst it is hard to tell whether they might experience a stronger challenge from the West this year, it is unlikely that they emerge from the East as anything other than the number one seed.

The Toronto Raptors and the Boston Celtic both look set to compete for the number two seed in the East and, whilst the Celtics are preferred by many pundits (probably correctly), their relatively inexperienced squad is still yet to prove it can consistently compete at a high level. Conversely the Raptors are unlikely to fall below the fourth seed in the East but have shown over the past few seasons not to be a match for the Cavaliers when it comes to competing for a spot in the finals, something the Celtics aim to do in the near future.

The third tier of the Eastern Conference is a large and somewhat uninteresting one. The Charlotte Hornets and Indiana Pacers will probably be the class of the bunch but the Knicks, Bucks, Hawks, Bulls, Pistons, Heat and Wizards are all likely to be there or thereabouts for a play-off spot come the spring.  Despite all this, none of the above are likely to be competing for anything other than a slightly later play-off exit.

This leaves the Magic, 76ers and Nets. The Magic are possibly a very outside bet to make the eighth seed but with the loss of Oladipo to the Thunder, it is hard to see them beating any good teams. The 76ers, like the Lakers in the West, are a team that could well be a more serious contender in a year or two but, at the current moment, lack both the depth and the strength to compete for a higher seed in the East. That leaves the Nets, a team whose management is an example of exactly how not to run a team. Having traded away almost all of their rights to future college graduates in return for a handful of aging has-beens a couple of years ago, they are now a team devoid of both talent and prospects. Whilst they might not end up with the worst record in basketball this year, they are a long, long way from competing at all.

This NBA season has an awful lot to live up to after an offseason which saw money handed out in a way hitherto unseen in sports. A number of players most people have never heard of now have to play up to the expectation associated with their enormous contracts and, whilst most are likely to fall short, there is always the chance of a fairy-tale trip to a title.  What is certain, however, is that no matter how this season plays out, any team wanting to compete for a title (especially in the highly competitive West) will need to get off to a hot start.