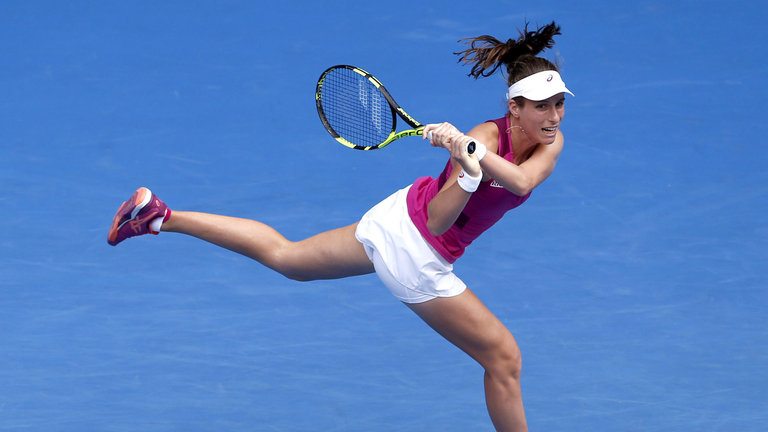 Tennis Success May Shine a Light on Potential Football Strategy

In a week when Johanna Konta became the first British woman to break into the tennis top ten for thirty years and Gareth Southgate became the sixth man to manage England in ten years, it is worth musing over the fickle nature of sporting development. After all, ten years ago it would have been elite tennis which was seen as the biggest void of British talent. The eighty-year wait for a male Grand Slam winner (which Andy Murray ended with his victory at the 2012 US Open) in hindsight seems astonishing. Great Britain’s recent Davis Cup victory and the growth of British women’s tennis, with Konta reaching this year’s Australian Open semi-finals and Laura Robson winning a silver medal in the mixed doubles at London 2012 for example, seem to make tennis a model for regenerating elite sport. What lessons could the England football team, for one, learn?

One key element of the strategy pursued by the Lawn Tennis Association (LTA) has been to focus on the more informal side of the game’s development, in particular in public parks and other communal areas. The LTA gives around £6m each year to the Tennis Foundation, a charity which focuses on local ‘hotspots’ which allow people to play tennis cheaply and easily. This initiative helped bring the number of people playing tennis at least once a year up to two million by 2009. The foundation also invests in disability tennis, and was rewarded by an all-British wheelchair tennis final at this year’s Paralympics.

Embarassed by a poor display at Atlanta 1996, Britain’s sporting leaders oversaw a massive increase in funding for elite sport

The focus on casual sport, with the hope that elite coaching will fund itself, stands in sharp contrast to the results-driven ethos of the other recent British success in sporting development, the Olympics. Embarrassed by a poor display at Atlanta 1996, at which they won just one gold medal, Britain’s sporting leaders oversaw a massive increase in funding for elite sport, largely funded from the profits of the National Lottery set up by then Prime Minister John Major in 1994. The £5m or so spent on Olympic sport in 1996 rocketed to £264m a year in the build up to London 2012, and is still increasing.

While the simple impact of more money is responsible for much of the recent developmental success of Olympic sport, the cutthroat (or canny) approach of the relevant authorities has also been crucial. Funding is focused on sports with a realistic chance of winning medals, especially individual sports which require lower levels of funding. This has resulted in large amounts of money going to sports like rowing or cycling, while others (volleyball for instance) receive little or no funding. And while this strategy might not reflect the preferences and habitual sports of the general public (this is glaringly obvious with track cycling, considering there are just four velodromes in the entire country), it has shown itself to be incredibly successful at raising the British medal count.

This all stands in stark contrast with the failure of English football to find a successful model of development, in particular developing a men’s team which can challenge for major trophies. The reasons for the failure of the England football team have been endlessly discussed, and cannot solely be laid at the feet of the FA’s development programme. But without doubt England do not produce the calibre of player to match either their footballing history or the pedigree of their domestic league. Schemes like the FA People’s Cup, a recently-launched amateur competition which promoted engagement in the game, and of course the new National Football Centre at St George’s Park may bear fruit in the future but, for now, a combination of too few coaches and a lack of opportunities for English players in the Premier League means England remains a second-class footballing nation.

Of course, there are alternatives to grassroots initiatives and investment programmes. One, as Australian-born Konta demonstrates, is adoption: a strategy dallied with briefly by the FA, who came close to calling up Manuel Almunia in 2009. This form of poaching has also been used repeatedly by Gulf nations, in particular Bahrain. Both of the Bahraini medallists at this summer’s Olympics were Kenyan-born. However, it can risk weakening ties between fans and sportspeople, and is also more difficult in sports like football where the domestic game provides the main source of income for sportspeople.

Role models can offer a reasonably cheap and easy alternative to spending money on development, many professional tennis players speak of the influence of Tim Henman upon their careers for example. Britain’s Olympic authorities hope for a ‘London generation’ to develop following the high-profile success of Britons in 2012. Yet this seems rather chicken-and-egg, with the lack of widely-admired and lauded English footballers exacerbating pre-existing developmental weaknesses. Perhaps the FA should follow the example of tennis, with a focus on community venues and getting as many people involved on a small scale as possible, especially as football has no problem with remuneration at the highest level like that of many Olympic sports. Building on the FA People’s Cup, the FA should aim to bring football back into the heart of communities by providing venues and funding for people to get involved piecemeal and in an unpressured environment. Following tennis’ lead, football can build from the ground up to restore pride in the beautiful game.