Warning: mysqli_query(): (HY000/1030): Got error 28 from storage engine in /home/oxfordst/public_html/wp-includes/wp-db.php on line 2007
 Profile: Rosaline Ereira and the refugee crisis – The Oxford Student
Skip to content 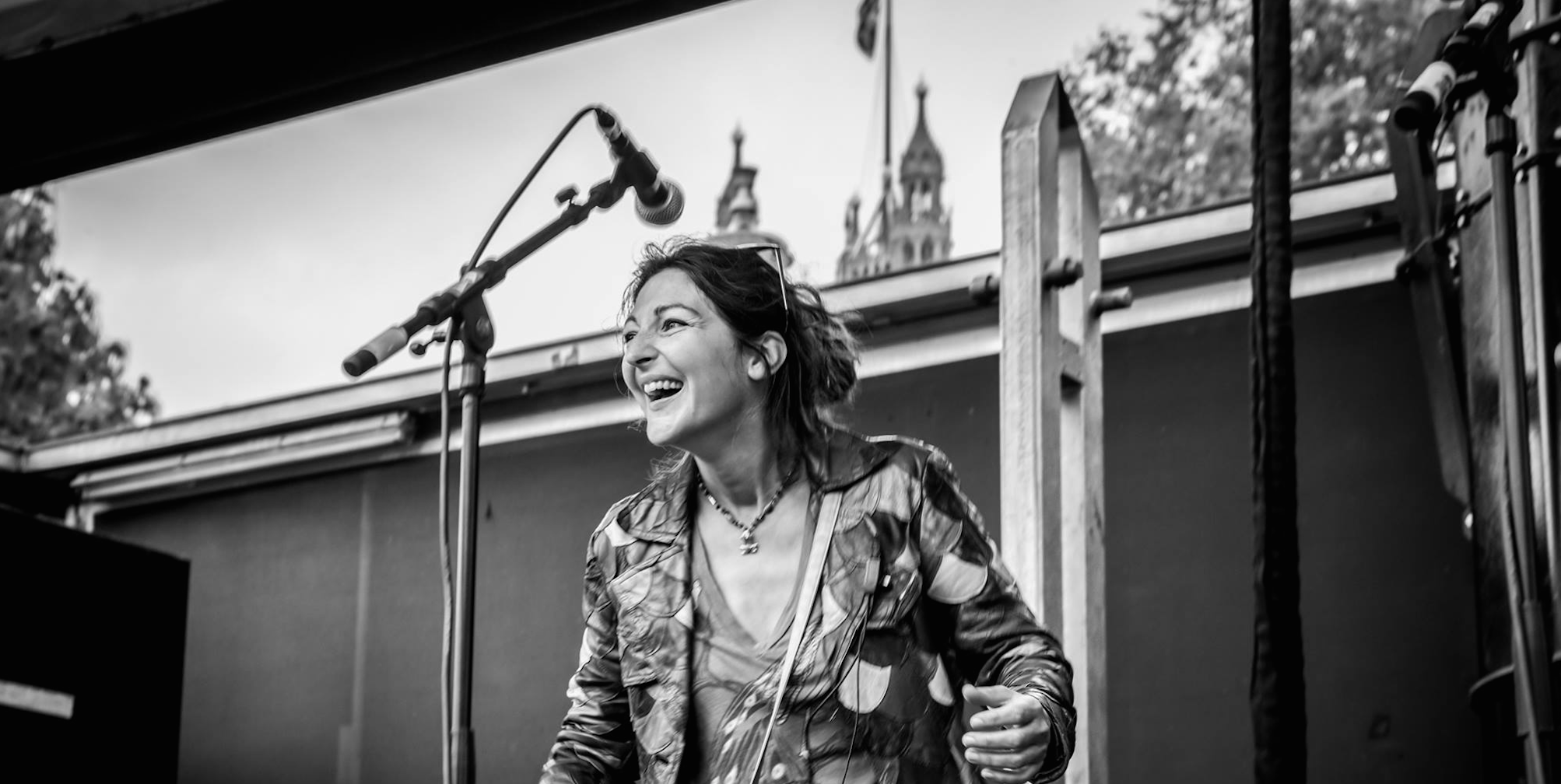 Last year in September, over 100,000 people marched through the streets of London for a rally in support of refugees. The event was organised by the charity Solidarity with Refugees, which organised another march a year on this September welcoming refugees. Rosalind Ereira is the founder of Solidarity with Refugees. Her involvement with both marches however, was both unlikely and unexpected.

My first question when I interviewed Rosalind over the phone, turned out to be a very irrelevant one. When I asked, why she had chosen to set up her particular charity, when there was so many targeting similar issues, her answer was simply “I didn’t mean to. The first demo sort of happened organically and it wasn’t something I meant to do”. Instead, the story behind the whole march began with an event posted on Facebook. Following the news last year that 71 people had suffocated in a truck trying to get to Britain, Rosalind wanted to do something. After searching in vain for an event online, a friend suggested she organised something herself. “I was looking for somewhere to wave my placard” she said. Rosalind posted an event on Facebook with minimal hopes. “Originally I just suggested for people to stand with me at the end of downing street, with a placard with me, imagining that a handful of friends might come”.

The next morning on the front of the national newspapers was the shocking image of Aylan Kurdi, the Syrian boy washed up on a beach. “Suddenly there was this very different mood”, Rosalind describes. “The event went viral. I posted it on Tuesday, on the Wednesday was the Aylan Kurdi picture, and on Thursday I had this really weird day where I was on the BBC World Service and being driven round in taxis to IBN and BBC”. Support grew in hours, as Rosalind described, “you could watch it before your eyes, the numbers on Facebook going up in thousands”.

I asked if Rosalind had had any experience of activism or organisation before. “I always attended demos, when I was little my mum use to take me on lots of marches. I had lots of early memories on the embankment”. Yet, besides being a member of the Woodcraft Folk, Rosalind had no former experience of organising charitable marches, let alone on this scale.

The event very soon exceeded her expectations. “I initially imagined I would have to drag along half a dozen friends” Rosalind admitted. Instead, the event became the biggest ever UK march for refugees. And despite the incredible results of her actions, Rosalind spoke very balanced about the events. “We put it out there in the public arena, and it got snapped up and went viral”. “It wasn’t huge because of something very clever anybody had done but it was huge because of a moment”. With such an unexpected success also came unexpected logistical problems. Rosalind had 11 days to organise the whole event, “I’ve got talk to the police and EFL, and the council and the GLA, and we had to have speakers and a stage. We were trying to facilitate something that was happening more organically”.

The event was a massive success with over 100,000 attendees. Parliament square was packed with both the general public and representatives of organisations such as the Refugee Council, Amnesty International, the Syria Solidarity Movement, Stand Up to Racism and the Stop the War Coalition.

This year, Rosalind had not intended to organise another march. “I hadn’t been going to do another one because I hadn’t thought there was going to be anything on that scale again”. A series of events however created another opportune moment. The UN summit for Refugees and Migrants was scheduled for September 19th. This was the first time the international community had come together about the refugee crisis, but Rosalind found that nobody seemed to be planning anything. At the same time, the governments commitment following the first march had failed to materialise. A commitment was made by the government during the week of the march last year, to resettle 20,000 Syrian refugees. This promise, Rosalind described, was “very much not enough, but an enormous step, from what they had been saying, and felt extremely encouraging”. Little however has happened. So far only 2,800 Syrians have arrived, although this week has marked the first arrivals of young refugees based in Calais. Wanting again to recognise the event and raise awareness, Rosalind decided that “it seemed like the right moment”.

The second march was markedly different from the first. To begin with, Rosalind was able to prepare and organise for the expected masses. She contacted some of the organisations that had been supportive last year, and held meetings with multiple touring committees and charities. The mood was also different, as Rosalind described, “we knew all along it wouldn’t be as huge as the first one, because it was such a different political climate. That was when people first understood the horrors of what was going on, for refugees arriving in Europe. People were freshly shocked in 2015 and were really distressed by the idea that babies were washing up on beaches.” Since then, Rosalind describes a lot more “fear”. The terrorist attacks in France, the sexual assault stories, and activism fuelled by Brexit, have all meant that “the narrative is very different. People are very fearful”.

The rally still generated huge support with 30,000 participants and multiple celebrities including Vanessa Redgrave, Douglas Booth and MP Caroline Lucas. Last year’s rally was also attended by figures such as Jeremy Corbyn and Natalie Bennett. I asked whether celebrity status was needed for raising awareness. Rosalind suggested that “you can get a wider reach”, and “they also just reach a lot of people” but that “all voices are really valid and important”. Rosalind was more interested in learning from the success seen by the campaigns for gay marriage, which in her view had normalised something niche in a short period of time.

On what should be done, Rosalind was clear, “its a global situation that needs a global response. There’s no way that its sustainable for neighbouring countries to have to deal with the fall out of problems within those regions.” Commenting on the situation in central Europe, Rosalind criticised UK in failing to support places like Greece practically, in ways such as processing claims. She also disagreed with claims that the UK were unable to accept refugees. Rosalind stated that, “this isn’t a refugee crisis. The numbers aren’t actually very difficult numbers to be dealing with. We’ve seen these numbers before and there’re not huge. What it is is a political crisis of refusing to take responsibility and dealing with it appropriately”.

A recent book published by Patrick Kingsley titled ‘The New Odyssey’ argues a point that Rosalind wanted to emphasise. She praised the book’s main point, that “we can’t opt out, that isn’t the option”. Rosalind said that, “building fences and walls and pretending its not happening doesn’t stop people coming, because those people, what they’re leaving is so awful, they’ll take those risks.” She instead advocated bringing in refugees to the UK, to stop the dangerous smuggling that is currently happening.

We ended on what advice she would give to students who wanted to make a difference. Rosalind emphasised the need for practical support. She recommended organisations that support mentoring for refugees within communities, and named Migrants Organise and Refugee Action as helpful charities. She also suggested making donations or volunteering in places including Calais, Greece and the Middle East, places she said “desperately need help”. Most importantly, Rosalind wanted greater awareness. Simply put, she said “talk to people, change the narrative”.