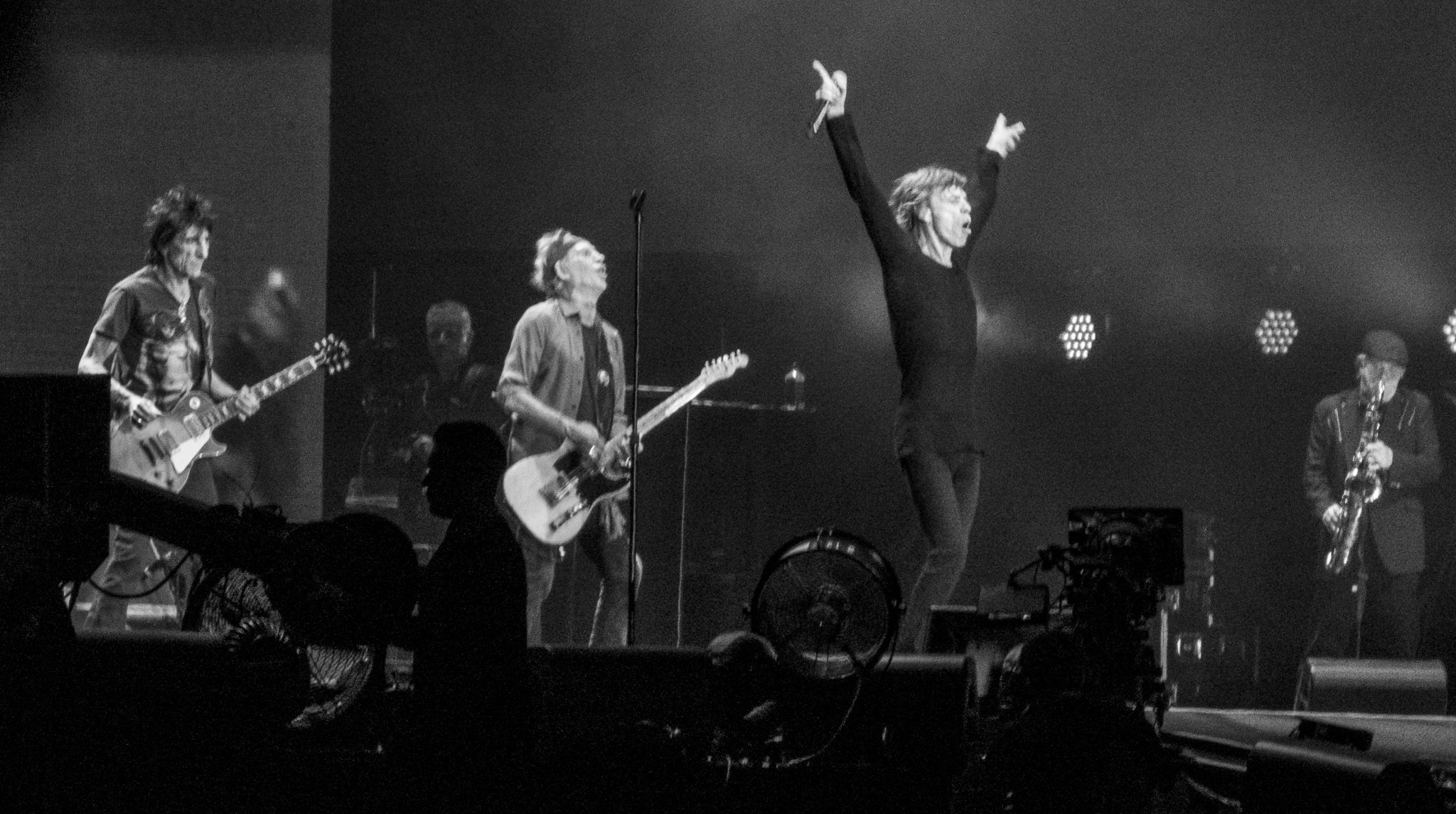 There seems to be a recent trend toward criticising musicians for evoking cultures that ‘don’t belong to them’. Popular artists such as the rapper Iggy Azalea have earned the ire of an ever-increasing mob online who accuse her of appropriating African-American culture. But regardless of whether her music warrants this backlash, the idea of appropriating culture through music is interesting, as it calls into question many well-respected and monolithic figures of rock and roll music. Their adaptation in the sixties of rhythm and blues, a movement of African-American origin, proved wildly lucrative and has assured them an immortal presence in popular culture. Is it wrong to appreciate their music, even though they theoretically ‘stole’ from black creativity?

Ever since 1956 with its release of Elvis Presley’s eponymous debut album, western culture has been driven wild by the swagger and sleaze of rock music. Featuring heavily in that album’s track-list, there is an undeniable presence of songs originally written and performed by African-American rhythm and blues artists (which was at that time genuinely referred to as ‘race music’), such as a cover of Little Richard’s song ‘Tutti Frutti’, and ‘I Got A Woman’ by Ray Charles.

Attempts at imitation by bands over the years have inevitably included moments that felt insulting, rather than complimentary

This was a seminal moment in rock music, and shows the way that western culture at the time had a rather shameful initial reluctance in embracing these musical styles, without a so-called ‘acceptable face’ on it. However, this era was on the brink of the American Civil Rights Movement and many other great strides in race and identity, which helped to bring the diverse cultures of the western world into greater contact with one another.  The implications of this beginning, although somewhat shaky, do not necessarily match up with all of rock music’s progression.

A few years after that, a pioneering generation of British rock and roll musicians were gaining momentum, among the forefront of which were The Rolling Stones, a band very openly infatuated by blues music. The band’s own name was taken from a song by African-American blues artist Muddy Waters, who later conceded of the group that “they stole my music but they gave me my name”. Keith Richards in 1986 inducted into the Rock’n’Roll Hall of Fame, Chuck Berry, another influential blues musician, and humorously admitted “I lifted every lick he ever played.”

The appropriation of other cultures’ musical techniques and styles was done openly, and imitation was seen as a necessary step to creating something new, which the Rolling Stones unequivocally did. Imitation in all forms is pretty universally admitted by musicians. Take The Strokes, with their breakout hit single ‘Last Nite’, who after media speculation emerged over some suspiciously similar guitar riffs, directly acknowledged the inspiration of Tom Petty’s ‘American Girl’. It’s clear, then, that bands have made and will continue to make innovations by listening to other artists, whether those artists are within their own musical tradition or not.

What does matter, it seems, is the respect with which musicians treat the cultures they dabble in. It is one thing to copy techniques and use it to create a new kind of musical expression, but the attempts made by bands over the years have inevitably included moments that felt insulting, rather than complimentary. Led Zeppelin’s experiment with reggae music culminated in the 1973 single ‘D’yer Mak’er’, which was intended as a joke on the Cockney pronunciation of ‘Jamaica’, which itself hints at how little attention the song paid to the culture it was imitating, ending up as a rather distasteful  take on Caribbean music. It was justly criticised by Rolling Stone magazine at the time: ‘D’yer Mak’er’ is a pathetic stab at reggae that would probably get the Zep laughed off the island if they bothered playing it in Jamaica.’ Clearly, this wasn’t the band’s finest hour.

But there are many examples of times that inspiration was taken in ways that were respectful, and credit was appropriately given (even by Led Zeppelin, a band whom it has slightly pained me to criticise). George Harrison of the Beatles’ fame composed the song ‘Norwegian Wood’ on an Indian sitar, after hearing a record by well-known sitar player Ravi Shankar. Harrison took pains to learn the instrument under the tutelage of Shankar himself, and the band were openly celebratory of their Asian influences.

Added to this, modern rock icons such as Jack White frequently discuss the important influence of African-American blues musicians, saying: ‘When I heard Son House and Robert Johnson, it blew my mind. It was something I’d been missing my whole life. That music made me discard everything else and just get down to the soul and honesty of the blues’. For White’s homage to be reduced to ‘theft’ seems to be at odds with his intentions as a performer.

It is important that we as listeners recognise and are honest about the history behind what we are listening to. Certainly, there are cases that show the inconsiderate adoption of music from different cultures, performed thoughtlessly and even with a measure of arrogance. However, history shows that it is also very possible to be inspired by other cultures in a way that is respectful and celebrates them.

Mistakes have been and will continue to be made when artists dabble with other cultures, but it is still a worrying possibility that the increasingly loud shouts of the crowd may shut off avenues of potential inspiration for music, an art form which thrives on freedom. It seems that in fixing the problem of appropriation, we may be creating a problem of inspiration.