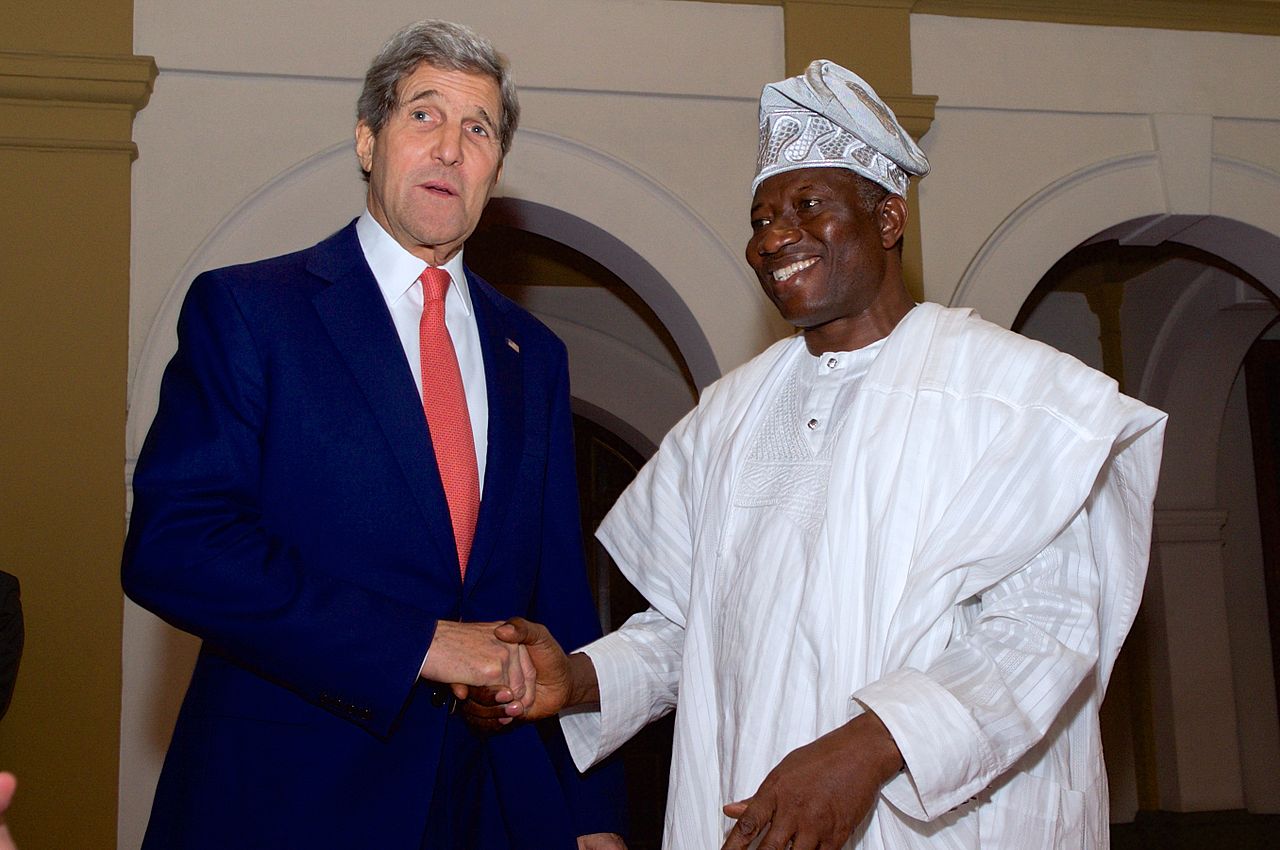 Yesterday evening, the former Nigerian president Dr Goodluck Jonathan addressed the Oxford Union to speak about education and business reform during his presidency. When the floor opened for questions, he was asked about poverty in Nigerian and government corruption, gender disparity, the criminalisation of same-sex marriage, and western and Chinese influences in Africa. In his responses, he played down the discrimination faced by homosexuals in Nigeria and suggested that social problems could not be fixed “over night”.

Dr Jonathan, who served as President of Nigeria, Africa’s richest country, from 2010 to 2015, used the opportunity to discuss the importance of education in generating wealth and stability in Africa. “Most violent crises in Africa have been traced to a lack of education among its teeming youth population”, he said, adding that “any Nation that does not spend its wealth and resources to developing the capacity of its youth will eventually be forced to devote its resources to fight insecurity amongst those same youths.”

He said that schooling and training allow African countries to “move forward”, suggesting that young people should become entrepreneurs, growing small business and reducing unemployment by becoming employers of labour. He added that, under schemes introduced during his presidency, Nigeria was making headway into food-processing, software development, light manufacturing and the service sector. Commercial agriculture offered young graduates a chance to reform farming mechanisms and generate profits.

The former President suggested that businesses and business-ownership were the key to wealth-creation and ensured freedom. “The only thing that can make a young person financially independent is to have their own business”, he suggested, arguing that state loans added financial ties to potential entrepreneurs.

When the floor opened for questions, the President was challenged over many of the more controversial aspects of his five years as President.

During Dr Jonathan’s presidency, the Nigerian parliament passed tight laws banning same-sex marriage, the operation and support of gay clubs, societies and organisations and public displays of same sex relationships. Lengthy prison sentences are stipulated under the new laws. The largely Muslim parts of northern Nigeria operate forms of Sharia law which incorporate canings and stoning as punishments for ‘sodomy’ and lesbianism. Secular laws also stipulate that homosexuality can be punished by death, and male cross-dressing can be punished with heavy fines or imprisonment.

When challenged by the chairman about this, Dr Jonathan played down the importance of the same-sex laws and his ability to alter them. “Not endorsing [the Bill] is a wasteful enterprise … if Parliament vote for it, then the President’s support is not relevant”. He argued that, although it criminalises homosexuality, the new laws were part of government attempts to regulate forms of marriage across traditional, Christian and Muslim practices. “It was an opportunity to control the population”, he said. “It gives the federal government the power to manage the situation”. He said that the issue of same-sex marriage is evolving and implied that centralised regulations allow for legislation to reflect these changes, promising that, in the mean time “Nigerians will not be discriminated against for sexual discrimination”.

One Nigerian audience member asked whether it was right for Nigeria to prioritise criminalising same-sex marriages when poverty, violence against women, gender disparities in education, and corruption were still major issues facing many Nigerians. The former president played down the importance of the laws, saying that “The issue of same-sex marriage is just one. The government passed so many laws.” He asked “How many Nigerians have been criminalised?” and went on to say that other social issues were being solved slowly, as programmes “create an environment where people have enough income to take care of themselves”.

According to the Foreign Office, homosexuality is considered unacceptable to most Nigerians. Incidents of violence and discrimination against LGBTQ persons have been circulating for years and a US State Department report concluded that “Because of widespread societal taboos against homosexuality, very few persons openly revealed their orientation.”

When discussing Boko Haram and his country’s campaign against militant Islamism in the north, he said that he ‘reaches out’ to the US, UK and France for help. “If we must confront terrorists, we need superior technology”, he said.

Another question asked whether the IMF and World Bank are ‘perpetuating a second scramble for Africa.’ He answered that this was not the case, and that Nigeria “must trade with the west and the east .. different nations have different resources … it has nothing to do with colonialism”.

His comments will have done little to reassure his critics. Walking out, one audience member muttered “I expected better – he led a country like Nigeria and he thinks it is okay to speak like this”.