It’s been almost 4 months since hurricane Brexit tore through British politics and it is only now that the dust is beginning to settle. After outlasting her rivals in a mudslinging leadership election, on 13th July Theresa May addressed an audience outside Downing Street as the new Prime Minister. In her very first speech as Prime Minister, May, to the surprise of many, focused on social justice. Momentarily ignoring the EU-sized elephant in the room, she used this opportunity to pitch her tent firmly in the political centre ground.

It’s hard not to notice it. The recent Conservative Party Conference saw the Birmingham ICC awash with the slogan: “A country that works for everyone”. May’s speech at the Conference threatened companies who advertised jobs to foreign workers instead of British nationals, and hinted at state intervention in the failed energy, housing and broadband markets. May went on to highlight the prospect of introducing representation for consumers and workers on company boards, and pledged to protect and even enhance employment rights. One could be forgiven for thinking this was an Ed Miliband speech and certainly not the words of a Conservative Prime Minister. At a cursory glance, May’s efforts to plant the Tories on the centre ground seem like a savvy political move. Not so long ago Tony Blair and New Labour won three elections occupying the political centre. However, if we cut through May’s sound bites and political spin the reality is much darker.

May’s slimy temptation of disgruntled Labour voters is little more than a façade. Behind all the smoke and mirrors lurks one of the most ideological governments in recent British political history. This is laid bare in May’s Conference speech. One striking example of such policy is her pledge to exempt British troops from human rights law whilst they are in combat. To quote her exact words: “we will never again-in any future conflict- let those activist, left wing human rights lawyers harangue and harass the bravest of the brave- the men and women of Britain’s armed forces.” This passage drew almighty cheers from party activists throughout the conference hall. This is a worrying proposal that, if it was to become law, would set a dangerous precedent in regards to the conduct of British troops in future conflicts. It was as though this policy had been lifted straight out of a Daily Mail headline. At the very least, it sits uncomfortably alongside the centre ground rhetoric espoused by May and her party since she came to office.

May’s slimy temptation of disgruntled Labour voters is little more than a façade.

The Prime Minister’s centrist rhetoric also serves to obscure the public and media from the main focus of the government. Brexit. May and her ministers’ refusal to disclose any kind of plan as to the shape of Brexit is immensely frustrating. For months the irksome sound bite “Brexit means Brexit” rolled off the tongues of cabinet ministers whenever any question about Brexit came their way. This has become so profound that, to many people at least, the word ‘Brexit’ has lost all meaning. A semantic satiation if you will. This, somewhat bizarrely, led Tory Welsh Assembly leader Andrew Davis to declare that “breakfast” will be a success. In all seriousness though, May’s government appears to be sleepwalking towards a hard Brexit. The irreconcilable desires of this government both to retain access to the single market and reduce EU immigration risks the EU simply imposing an unfavourable trade deal on Britain. May has made it extremely clear that “we are not leaving the European Union only to give up control of immigration all over again.” But perhaps her most alarming statement provided insight into her record as Home Secretary: “If you believe you’re a citizen of the world, you’re a citizen of nowhere. You don’t understand what the very word ‘citizenship’ means.” This narrow minded, nativist attitude is endemic of the little England that risks being cast adrift by this Tory Brexit.

May closed her speech at the Conference with an appeal to history and the individuals who have steered Britain through difficult times. “There’s Disraeli, who saw division and worked to heal it. Churchill, who confronted evil and had the strength to overcome.” She then recognised the post war Labour leader Clement Attlee’s “vision to build a great national institution” in the form of the National Health Service and Lady Thatcher “who taught us we could dream great dreams again”. May remarked that the legacy of these individuals can remind us “of the good that government can do”. This motley crew of former British Prime Ministers illustrates the point that it seems hard to place May in ideological terms. She appears to take inspiration from leaders from the Victorian era and the post war period as well as the neo liberalism of Thatcher in the 1980s. However, the reference to Attlee is certainly surprising for a Conservative politician. This approach is indicative of May’s attempt to blend the ideas of the Conservative right with some of the core values and rhetoric of the left that appeal to voters. Elements of UKIP’s demagoguery are plain to see in her castigation of the political elite who allegedly find the patriotism of the British public “distasteful”. Despite these words, the record of May’s party on welfare and the legacy of austerity paint a different picture.

In her first few months as Prime Minister, Theresa May has cast her political net very wide in an attempt to attract new support for her party. Her rhetoric is no substitute for policy; this was distinctly absent from her most recent speech. May and her party’s triumphalism is plain to see. You could sense it in the air of the conference hall.  May branded Labour “the nasty party” harking back to a remark she made about her own party in 2002; a symbol of how the Conservatives have revived their fortunes since then. The re-election of Jeremy Corbyn as Labour leader means that we remain without an effective opposition capable of holding Theresa May and her government to account at such a crucial time in our history.  What we have learned in the last few weeks is that the Conservative party is far from harmonious and that disagreements over Brexit and education policy do exist. Labour, or a even a new centrist party, must turn the spotlight back on these hidden ideological faultlines within the Conservative party. It is looking increasingly likely that it will take a heavy electoral defeat before this can become a reality. Until then, we risk a rampant right recasting our relationship with the outside world solely on their terms. 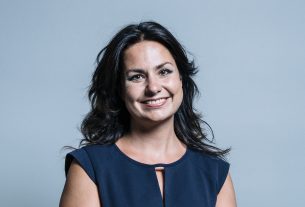