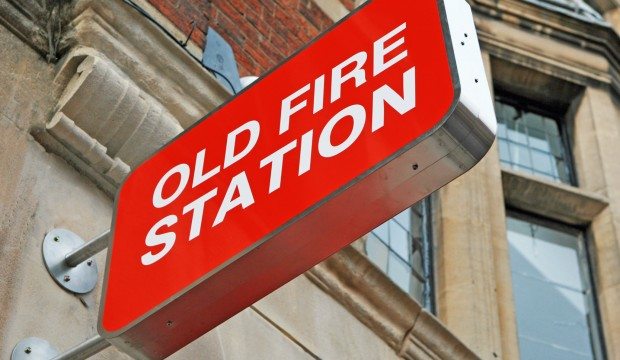 Review: ‘Orange Juice’ capturing the mood of the British millennial

Thoughtful and witty, Orange Juice refreshingly questions how a young British Pakistani Muslim can find his place in the world. For a short play, standing at around thirty minutes in its present form, writer Karim Khan has successfully handled a complex mixture of ideas. This in part thanks to Akshay Nugent’s performance as Adam; he is a remarkable actor who approaches the one-man play with a confidence and skill that belies his age.

On an empty stage, with a lone chair for company, Nugent invites the audience into the mind of Adam as he responds to the different approaches to Islam that surround him. An impressive talent for impressions lets Nugent seamlessly conjure up the characters of the playboy friend and traditional mother. At points it is almost as if they are on stage with him, so meticulous is the attention to accent, posture and facial expressions. One of the play’s comic highlights is the tension created by these contrasting characters, as serious discussions about faith are suddenly undercut by swearing and colloquialisms. It would be interesting to see the level of focus that is paid to the pace of the characters’ speech or their gestures also applied to Nugent’s physical movement. The minimalistic staging works well with Nugent’s atmospheric changes between characters, but would be heightened by the addition of music.  Although he commands the stage throughout, at certain points the performance feels far too static. With the guidance of a director this stillness could be harnessed and used for greater effect.

Karim Khan’s writing exhibits an inventive use of language. The metaphor of jelly for faith is a wonderful example of a playfulness that is rare in writers who deal with similar topics. Orange Juice proves how one culture can translate into another through shared values, and offers a heart-warming portrayal of what it means to be British in this day and age. On one level Khan’s observations provide material for humorous skits, such as the possibility of halal marshmallows available in Costa. But on another level they show the juxtaposition of modern and traditional values. It is this complexity that makes the play especially pertinent to a young audience, as it adeptly captures the mood of the British millennial.

The play is in development to become a full length piece which would open up exciting possibilities for Khan and Nugent to explore. As it stands the audience are left on the brink as Adam begins a relationship and the play abruptly ends. This relationship could act as the play’s lynchpin, tying together questions of marriage, tradition and gender if it is substantiated enough to be believable. Yet, Orange Juice is a compelling play even in this early stage of its development. This play addresses a complicated topic with humour and insight which is startling.

‘Orange Juice’ was presented at The Old Fire Station as part of a ‘Scratch Night’ showcasing works in progress, on the evening of Tuesday 18th October. As Lizzy Mcbain, artistic director of UnderConstruction Theatre, explained the scratch nights give “artists an opportunity to try an idea out in front of an audience and get feedback without pressure”. This format produced an atmosphere that was markedly different than most visitor’s experiences of the theatre.

The opportunity to see a theatrical piece performed for the first time was an exciting moment for performers and audience alike. The Scratch Night offered a more interactive approach to theatre viewing as it opened up discussions about the performance afterwards. The audience offered feedback to those working behind the play in a process that let the piece evolve in front of us.

The event marked the launch of the Oxfordshire Theatre Makers membership scheme, a new network that helps to support developing works and practitioners. They provide networking events, skills development workshops and theatre trips to local professionals. The organisation’s collaborative approach strives to improve the infrastructure of theatre in Oxfordshire as well as value individual artists.

Find out more information at: