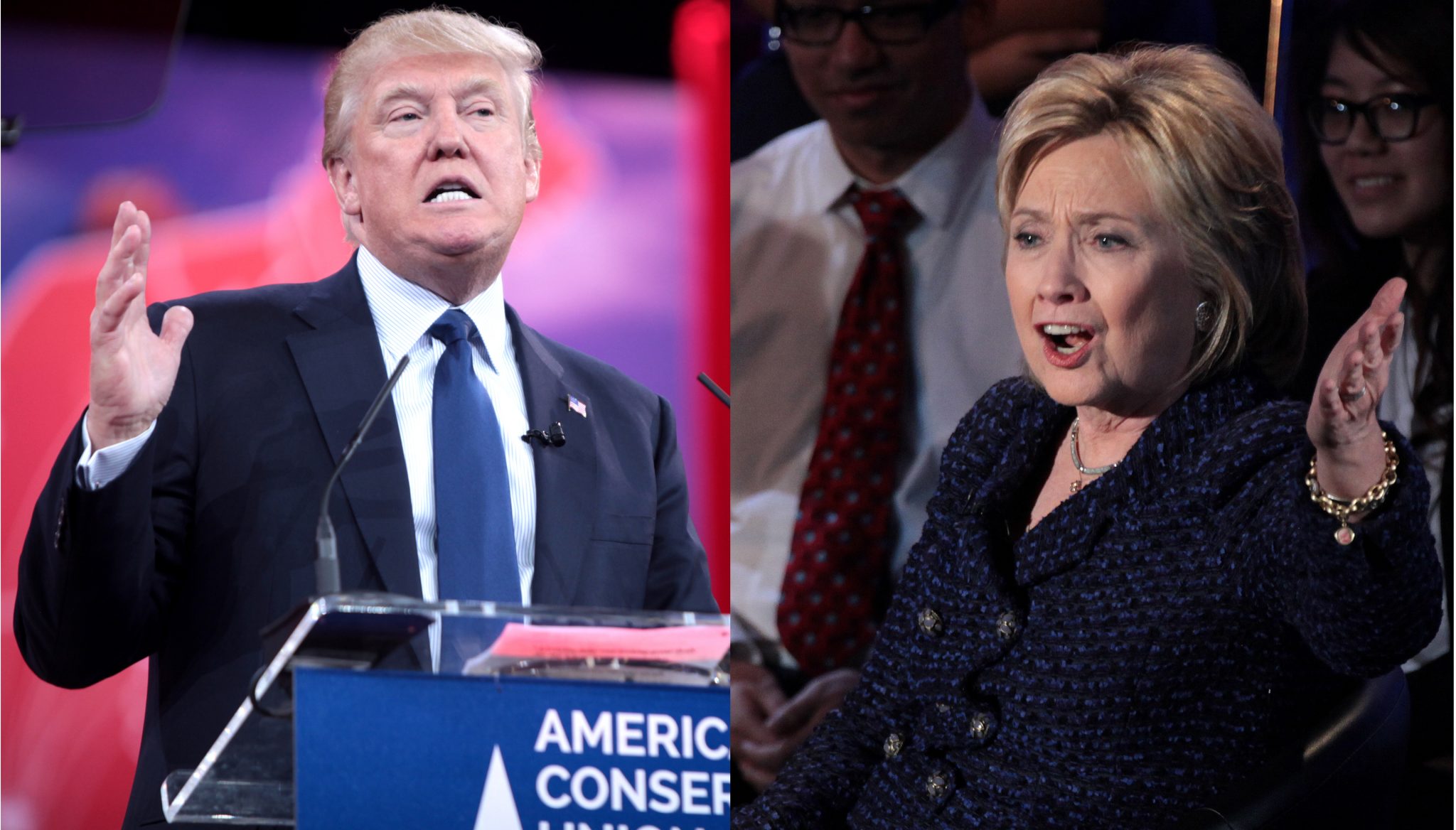 An investigation by The Oxford Student has found that Oxford students overwhelmingly favour Democratic candidate Hillary Clinton in the race for the US presidency.

A majority of polls conducted in the US have found Clinton ahead, but the results of a new poll conducted in crucial swing state Florida, published on Wednesday, found Trump ahead by two percentage points. 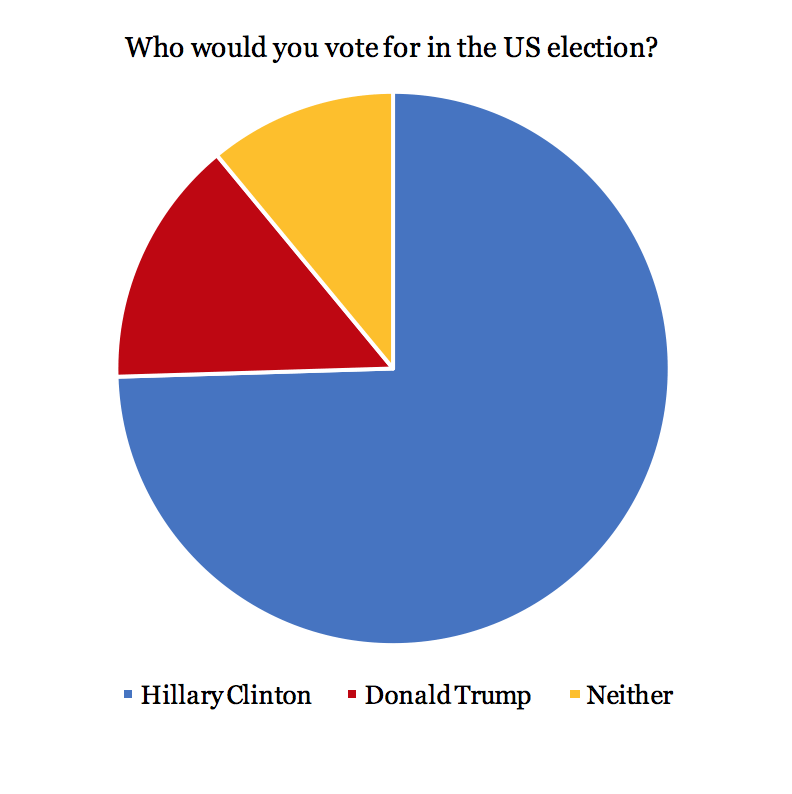 Common reasons cited by Oxford students for not voting for Clinton included the revelations surrounding her leaked emails, her foreign policy record, and “dishonesty”. A number of other responses criticised her for “elitism”, as well as her proximity to “the establishment” and “big business”.

One respondent opposed the former Secretary of State for “her contempt for half of the American electorate and her embodiment of a particularly condescending form of elitist centrism without respect for the constitution”.

A number of others surveyed viewed the Democratic candidate unfavourably but would vote for her ahead of Trump. “Obviously she’s very problematic, and I would have preferred Sanders,” said one student. “But Trump isn’t a feasible candidate in any sense.”

Opposition to Trump broadly focused on his lack of high-level political experience and his attitudes towards women and minorities. Trump came under fire following the first presidential debate for disparaging comments made against Alicia Machado, a former Miss Universe. Trump is expected to perform poorly amongst women.

One student said, “his frankly appalling opinions about women discredit his character”, whilst another deplored his “racist and misogynistic views which seem to pander to an extreme right-wing of American politics”.

Focusing on the prospect of Trump exacerbating racial tensions, one respondent said: “his tone serves only to worsen tensions – some of his supporters will see enemies everywhere, and some of these ‘enemies’ will simply believe that all white people are against them”.

And on his inexperience, another student said: “[Trump] has personally gone bankrupt numerous times at the helm of several field enterprises suggesting his complete lack of financial acumen”. Whilst others drew comparisons between the Republican candidate and former UKIP leader Nigel Farage: “He is allowing increasingly extreme views to be said in the open, the same thing that happened in Britain with Nigel Farage but on a greater scale. He seems to utterly lack compassion, political grace, diplomacy, and rational planning.”

Throughout the televised debates, Trump has repeatedly refused calls for him to release his companies’ and personal tax returns. Our survey also found that ninety per cent of respondents said that the televised debates had not changed the way they would have voted. However, one student said that, “seeing [Trump] in action in the debates convinced me – he seemed genuinely incapable of acting like a mature reasonable human being, let alone a candidate for presidency”. 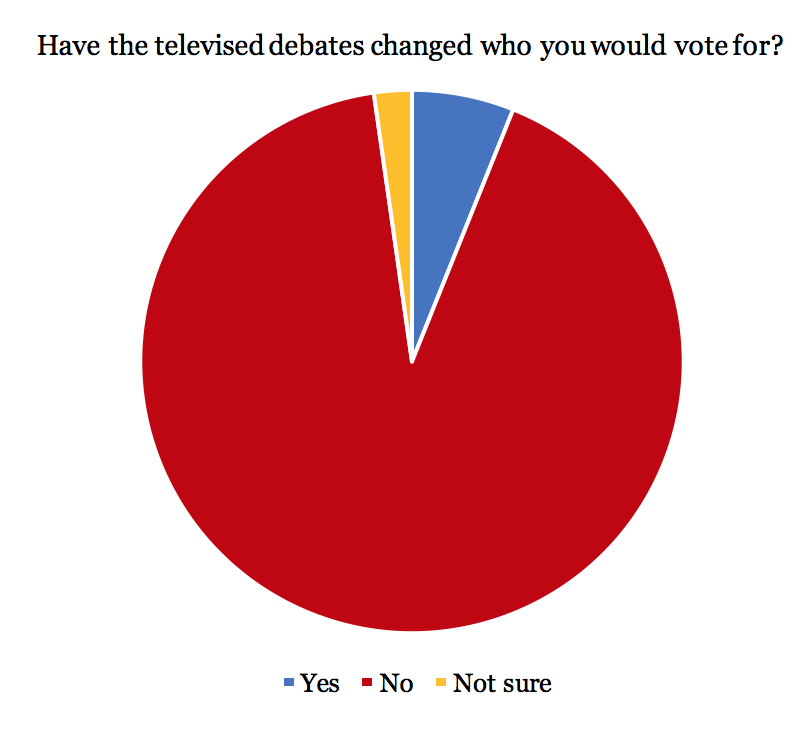 Nearly fifty per cent of those who commented on the televised debates criticised the concept of them altogether. “They are pointless opportunities for the candidates to deliver ‘zingers’ rather than actually have a nuanced policy discussion,” said one student. “They are aimed at the voters who vote for candidates based on personality instead of policies.”

Amongst those who would vote for neither Clinton nor Trump, Libertarian Party nominee Gary Johnson proved popular. Current polls in the US suggest the former Governor of New Mexico will receive between five to eight per cent of the vote. One student said Johnson would receive their vote because, “he has experience in government and is ideologically sound. His blend of fiscal conservatism and social liberalism is exactly what the country needs”.

Thirty-one per cent of students would not vote for the Democratic party said that they would have if they elected a different presidential candidate. Amongst this percentage, Bernie Sanders was the most popular alternative candidate. Students said the Vermont senator was the “only candidate with integrity”, that we would have brought “fresh air into the US government”, and that “many of the suggestions he makes are basic structures that already exist in many EU countries”. Another student said that Clinton’s “politics aren’t as left-wing as I would like”. 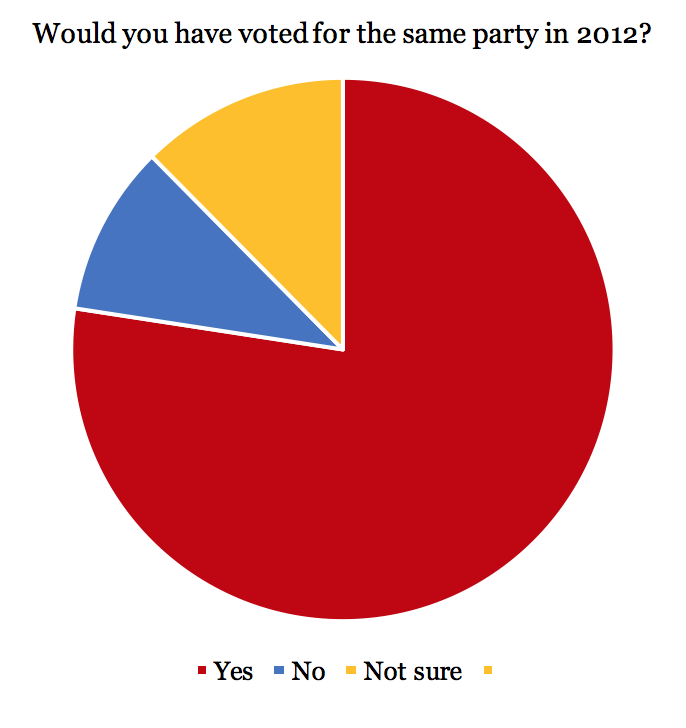 Despite heavy criticism, seventy per cent of Oxford students would not vote for the Republican party even if they had elected a different candidate. Amongst those who would vote for the party without Trump, Marco Rubio, Rand Paul and John Kasich were the most popular alternatives.

Americans vote for their next president in less than a fortnight on November 8th.