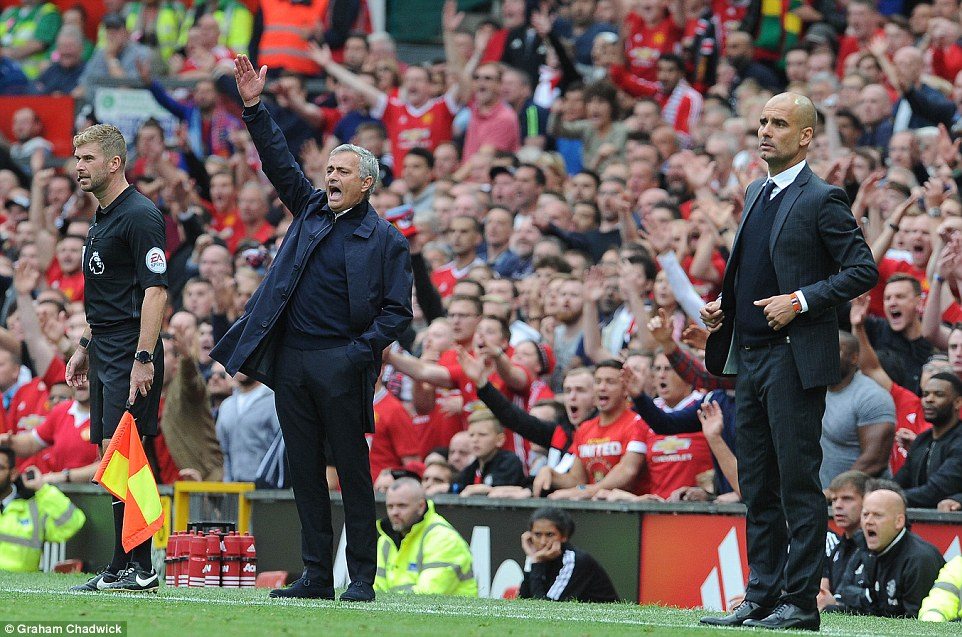 Mourinho Must Change Style to Win Over Fans

Has Jose Mourinho’s dream turned into a nightmare? His move to Manchester United over the summer seemed the perfect fit. A man who had often spoken highly of the club and Sir Alex Ferguson finally becoming the successor to the great Scot. His signings boded well, reuniting him with Zlatan Ibrahimovic (with whom he had struck up a bond during his time in Milan) and adding quality across the park. Yet a failure to achieve suitable results this season, with United languishing on fourteen points from nine games (fewer than under Van Gaal last season), has added to lingering doubts about Mourinho’s style, leaving his position already insecure.

Rarely has there been a more Jose Mourinho performance than that against Liverpool last Monday night. Looking a little embattled, both by the autumnal weather and United’s poor recent performances, Mourinho cajoled a workmanlike performance from his Manchester United side. A midfield of Marouane Fellaini and man-of-the-match Ander Herrera destroyed the rhythm of a Liverpool side who had won their previous five games, with Herrera picking up the most interceptions and the most tackles of any player on the pitch. Mourinho portrayed this as a positive performance, an excellent point at the home of a Liverpool side who had swept many sides away this season. Even so, many United fans were unconvinced.

Louis van Gaal’s adoption of defensive, possession-based play was perceived by many fans as a betrayal of the ‘Ferguson way’

After all, the sacking of Louis van Gaal just a few months earlier can be attributed in large part not to results, but to style. The cries of ‘boring’ which frequently rung around Old Trafford last season, often from United fans themselves, reflected a feeling amongst many supporters that van Gaal’s adoption of defensive, possession-based play was a betrayal of the ‘Ferguson way’. Fast-paced football, with an emphasis on wingers, crosses into the box and often a deadly counter-attacking style has become associated with Ferguson, and this was a standard which van Gaal failed to live up to. United scored just 49 goals in his final Premier League season; one more than Sunderland (in seventeenth), and making a goal-to-game ratio of 1.29, as opposed to an average of 1.85 in the Ferguson era.

This meant that, although Mourinho’s appointment was widely welcomed in June, many supporters worried that his reputation for pragmatism could prevent the return of a more easy-on-the-eye Manchester United side. These worries were well-founded. While the Liverpool game can be interpreted as sensible caution, the sort of tactics that Ferguson might well have used at times. However, Mourinho’s approach against Chelsea was clearly flawed. He made no attempt to change his system to deal with Chelsea’s three-man defence, and continued with a midfield of Fellaini, Herrera and Pogba which, though physically imposing, is so empty of creativity as to betray a startling lack of ambition, especially against a Chelsea side not in brilliant form so far this season. The result was a humiliating 4-0 loss, United’s worst defeat of the post-Ferguson era. Mourinho’s Manchester United side suddenly look long shots for the top four, let alone the title many pundits backed them to retain in August.

The pain isn’t limited to the past week for Mourinho of course. His torrid time at Chelsea last season damaged his reputation, especially his oft-discussed ability to rally a dressing room, considering the role his own players had in his sacking. He cannot afford another managerial failure, and yet he has an ageing squad that looks very suspect defensively, hardly the hallmark of a classic Mourinho side. The decision to buy just one first-team defender over the summer looks bizarre in hindsight, as does the purchase of Henrikh Mkhitaryan, considering his reluctance this season to play the talented Armenian. Chelsea fans were generally restrained in taunting their opponents on Sunday due to their respect for Mourinho, but one chant may have stuck: ‘You’re Not Special Any More.’

There is still hope for Mourinho of course. The season is very young, and Mourinho has at least got some tough games out of the way, with his first Manchester derby and trips to Anfield and Stamford Bridge already ticked off. But while he still has plenty of time to turn around United’s season, he must make changes quickly. Paul Pogba is a brilliant player, but Juan Mata and arguably Mkhitaryan as well are better suited to the number ten role. Giving Pogba a regular place in the heart of midfield, especially alongside Michael Carrick whose calm and metronomic passing complements the Frenchman perfectly, will add a stable centre to United’s play. January reinforcements could also have a part to play, with cover at full-back and a new central defender key.

But most of all, Mourinho must persuade United fans of his ambition and his attacking credentials in order to banish the ghost of van Gaal once and for all. Flair players have played a role in every great Manchester United side and Mourinho is mistaken if he thinks he can win over fans by grinding out results and parking the bus, especially if this backfires as it did at the Bridge. United fans hate seeing players like Ashley Young on the team sheet for big games, whatever the benefits in terms of work rate. It is by returning to the ‘Ferguson way’, rejuvenating Wayne Rooney, the highest-scoring Red Devil in Premier League, and allowing more licence to flair players like Mkhitaryan or Anthony Martial that Mourinho can remind us all just how special he really is. Especially those who turn up to Old Trafford week after week.