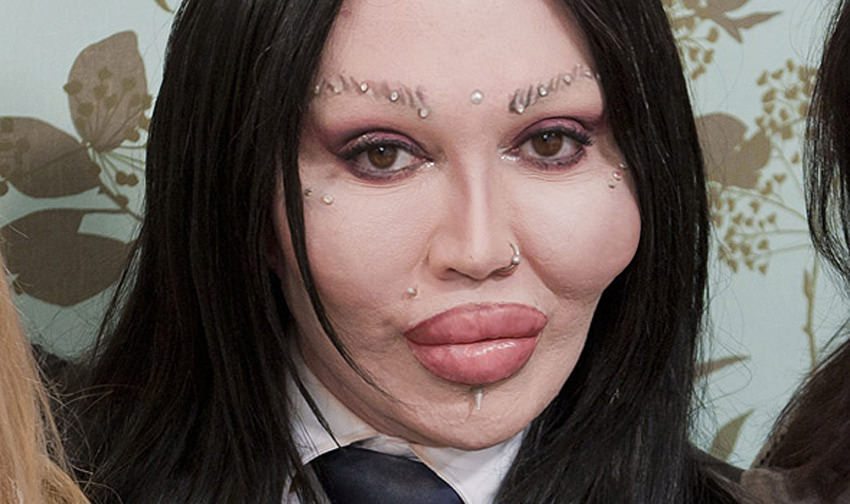 Pete Burns, the famously flamboyant singer of eighties dance-pop band ‘Dead or Alive’ has died at 57 after a heart attack.

Heralded as ‘one of our great true eccentrics’ by Boy George, and ‘a cross between Oscar Wilde and Dorothy Parker’ by, strangely enough, George Galloway, tributes from celebrities and fans have poured in since the news broke last week. ‘Strictly Come Dancing’ also honoured Burns on Saturday with a group dance to ‘You Spin Me Round (Like A Record)’ by ‘Dead or Alive’, the band he founded in Liverpool in 1980.

(He was) heralded as ‘one of our great true eccentrics’ by Boy George, and ‘a cross between Oscar Wilde and Dorothy Parker’

That song (‘You Spin Me Round (Like A Record)’) is one that hardly needs an introduction – Three minutes of synth-y disco magic that topped the UK singles chart in 1985 and shot ‘Dead or Alive’ to global stardom. It will also be familiar to fans of noughties rap, thanks to heavy sampling by Flo Rida (I’m sure no-one needs reminding of 2009’s ‘Right Round’).

Burns’ autobiography, ‘Freak Unique’, discussed the song’s unexpected success. After the record company refused to fund it, Burns personally took out a £2500 loan to cover the recording costs.

The band also had hits with the singles ‘Brand New Lover’ and ‘Lover Come Back To Me’, and produced seven studio albums. However, Burns’ mainstream success with the band eclipsed his later solo career.

But before the honour of becoming Flo Rida’s muse, Burns was known for his quirky and extravagant style. The singer’s extensive cosmetic surgeries (including rhinoplasties, cheek implants, and lip augmentations) were a media sensation, since they left his face dominated by an immense pair of lips (usually seen coated in bright lipstick).

Burns broke new ground with his androgynous style, and in 2007 explained his defiance of gender norms, saying: ‘Everyone’s in drag of some sorts, I don’t give a fuck about gender and drag’. His influence, along with other artists like David Bowie, helped pave the way for greater acceptance of queer culture in music.

He also found success in his later years as media figure, appearing on ‘Celebrity Big Brother’ in 2006, and ‘Celebrity Wife Swap’ with his partner Michael Simpson.

So, RIP Pete Burns, another icon of glitzy eccentricity gone. ‘You Spin Me Round (Like A Record)’ is a definitive work of eighties dance-pop – For that and much else, you will have a lasting presence in pop culture (not just on the dancefloors of Cellar and Park End).