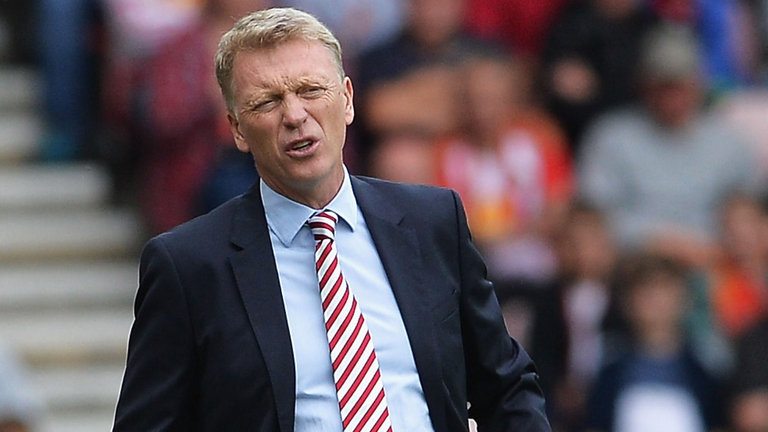 Can Moyes Save Sunderland’s Sinking Ship?

At the start of this Premier League season, David Moyes, the current Sunderland manager, made the rather strange claim that there would be “no dramatic change” from the relegation battling form produced by the club during the last four years. However, not even the apparently uber- pessimistic Moyes could have quite predicted the truly awful start that Sunderland have made to this season. This is partly because, having lost this weekend to Arsenal, Sunderland have now officially made the worst start to a Premier League season of any Premier League team ever. This is due to the fact that the Manchester City side of the 1995/1996 season, the only other team to have collected just two points from the opening ten games of their Premier League campaign, had a marginally better goal difference after their first ten games. Manchester City were relegated to the Championship at the end of the 1995/1996 campaign and Moyes will be painfully and increasingly aware that his side appears to be plummeting towards the same fate.

The emergent pattern of Sunderland’s recent seasons has been a lack of form and points acquisition in the first two-thirds of their Premier League campaign, followed by a late and often unbelievable run of form normally long after fans and pundits alike have condemned The Black Cats to certain relegation. For example, last season (guided by then manager Sam Allardyce) Sunderland produced a remarkable unbeaten run of form in the final six games of the season consisting of three wins and three draws. This included a dramatic win over Chelsea which saw Sunderland climb out of the bottom three with just two games to play. Similarly, during the 2013/2014 Premier League season, Sunderland recorded an astounding four wins from their final five games of the campaign having won none of their previous nine. The mastermind behind this escape from relegation, Gus Poyet, said that the feat would be “remembered forever.”

Despite these great escapes, the general lack of season long quality from recent Sunderland teams has frustrated fans of the Black Cats. Furthermore, there must surely come a point when the late purple patch fails to materialise. As the pressure continues to mount on David Moyes and his men, we must first ask how have Sunderland found themselves in their current dire situation?

Apart from the obvious fact that Sunderland have failed to record a win this season, a closer look at their match statistics makes for very worrying reading for Sunderland fans. Only Burnley have recorded fewer than Sunderland’s average of 8.9 shots per game. This is particularly distressing when combined with the fact that, whilst offering little attacking threat themselves, Sunderland concede the third highest average number of shots per game and are found in the bottom three in the Premier League in terms of average possession in a game and pass success percentage. These statistics paint a picture of a team underperforming in almost every area of the pitch. The only positive so far this season has been that the ever reliable Jermain Defoe continues to find the back of the net on a regular basis. Unfortunately, at the grand old age of 34, injury threat is constantly lurking just around the corner for the English striker.

Many would argue that part of Sunderland’s problem might be the instability felt at the club. For example, during the last five years there have been a total of eight Sunderland managers (admittedly including two caretaker managers). This rapid turnover of managerial personnel and the inevitable changes in footballing philosophy that accompany these changes has produced a side devoid of any real identity. How can players be expected to get behind a manager and his philosophy at the start of the season when they are aware that another man will likely have replaced him before the season is out?

For current manager David Moyes, the plan must be to try to squeeze as many points out of the busy Christmas period of football as possible, and then look towards the January transfer window with a desperate hope of shoring up his side with quality mid-season signings. Thus, the transfer budget negotiations with the club’s board may be as important as anything that Moyes can hope to achieve on the training ground. Currently, however, a growing black cloud of fan frustration and mounting board pressure gathers around the Stadium of Light and it very much feels that for Sunderland, Championship football may be long overdue.