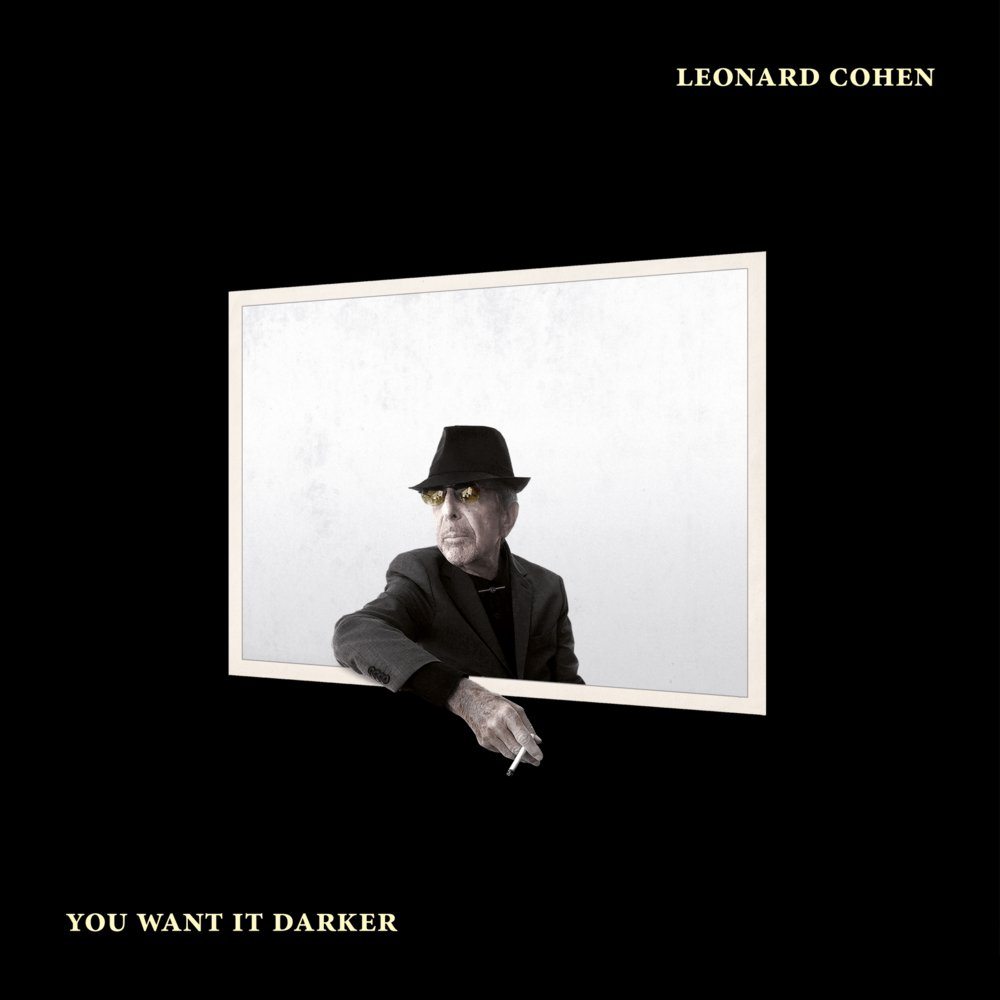 A lonely choir fades into the background, replaced by a menacing, looped bassline. The angelic is replaced by the earthly, the serene by the disturbed.

Earlier this year Leonard Cohen wrote a letter to Marianne Ihlen, after he was informed that a former lover and the woman who inspired one of his most famous songs was dying. In it he said ‘it’s come to this time when we are really so old and our bodies are falling apart and I think I will follow you very soon. Know that I am so close behind you that if you stretch out your hand, I think you can reach mine’ Yet for all the calm shown in the face of death, on the album’s title track a growling 82 year-old shows that he has no intentions of going quietly.

On this opening track, ‘You Want It Darker’, the singer sounds less like a man looking over the edge of eternity than a back-alley boxer fastening his gloves before the 12th round. As the choir returns, Cohen whispers ‘hineni hineni’ (Here I am), the words Abraham spoke to God, as he declared his readiness to sacrifice his son. Here the priest-poet transforms a statement of piety into an expression of defiance in the face of superstition.

Perhaps this sort of interpretation sounds like the work of a humanities student on their day off. But in the aftermath of this year’s Nobel Prize for Literature and Bob Dylan’s ‘speechless’ reply, it becomes impossible not to analyse Cohen’s latest offering as a work of poetry. The album is full of self-quotation, repeated motifs, and lyrical reflection. On the fourth track, Leaving the Table, Cohen reworks the opening statement of his title song where he announces that he is leaving the table and the game. If this album-opener was a public rejection of faith, then here the singer presents the end of a more personal relationship. In the cold light of hindsight the singer cuts his losses and reckons with the simple truth that people grow in different directions.

The musical arrangement adds to this sense of cohesiveness. Produced by his son Adam and long-time collaborator Patrick Leonard, the album is a masterpiece in restraint. The sombre mood of Cohen’s lyrics is perfectly matched by careful choral accompaniment and understated use of the string section. The final song, Steer Your Way, is a particular highlight. The fiddler moves from a brief baroque introduction through a sparse, stabbing accompaniment to a major key change of the sort that wouldn’t sound out of place on a Gram Parsons album. All of which ultimately leads up to the final String Reprise, a soothing end to an album that is by turns bitter and joyous.

Leonard Cohen’s fourteenth studio album is nostalgic, reflective, and intimate, but never self-indulgent. This review itself might sound complacent – it is not difficult or controversial to praise a poet laureate. Yet, if this were his first album, it would still deservedly rank as a masterpiece, and, if it proves to be his last, it will serve as a fitting farewell from a singer that has practised spiritual and creative reinvention throughout his entire career.