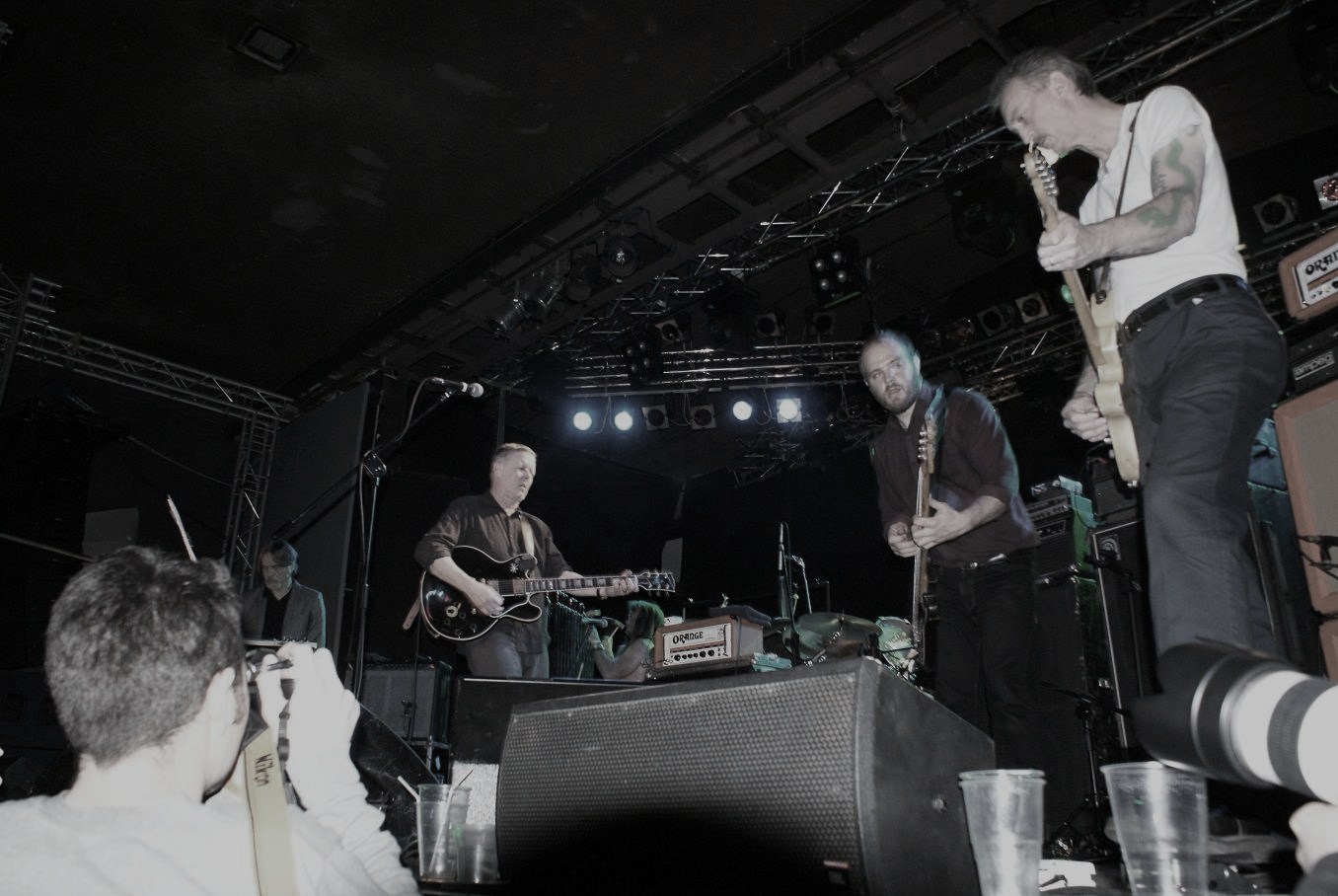 If you were to ask the average person to imagine the loudest, heaviest, most punishing band active right now it’s unlikely that they will picture a sextet of middle-aged and elderly men. Yet the New York based Swans have always been an unimaginably odd band. Across their 30+ year history they have indulged in almost every “underground” genre there is. From harsh, dissonant no wave in the early 80’s to epic and expansive post rock in the mid 90’s, the band not only played with but also fundamentally changed each style of music they came across.

Since their 14 year long hiatus came to an end in 2010, Swans have been onto something new. Their songs now tend to focus on repetitive, hypnotic grooves and slowly building atmosphere to achieve their trademark heaviness. Consequently these later-period albums have gained a well-earned reputation for being an incredibly challenging and mind-numbing listen. It’s therefore understandable that Swans is a band that often only appeals to the kind of person who loves punishment. There is an almost nihilistic approach to song structure on their last 3 albums that requires both patience and stamina from the listener. In short, this band is not for everyone. But for those who do find pleasure in the auditory abuse, such as myself, Swans are unparalleled in their art. Few bands have ever been able to approach their level of intensity in the studio and their live performances are just as, if not even more, unforgiving. Even in the wake of 2016’s “The Glowing Man”, easily the most calm and ethereal of Swans’ last three albums, their live show is an ear-shattering experience.

After a wonderfully sorrowful support act from Anna von Hausswolff, Swans themselves entered the stage. Since their reunion the band have performed with a myriad of different instruments including hammered dulcimer, jaw harp and even a full sized gong. On this latest tour, however, they opt for a relatively stripped-back ensemble of two guitars, bass, drums, keyboards and pedal-steel guitar. For the most part the band focus their energy inwards, with frontman Michael Gira spending about half the time facing away from the audience giving instructions to his bandmates. To indicate that they were to play faster and louder, he would lunge towards different musicians, sometimes even swaying back and forth like a human metronome to ensure the band were on time. At one point he violently kicked his leg up and down accompanied by blasts of noise from the others. The times when he was facing the audience was generally spent flailing his arms around like a deranged orang-utan, adding to the maddening effect of the gargantuan sound waves crushing the listener from all directions.

“The Knot” served as the opener for the main set and was a perfect warning for what was to come. The song itself is one of Swans’ most oddly structured, opening with a heavenly drone before rushing into a pulsating wall of guitar distortion and cymbal crashes that sounds more like a jet engine than a rock band. This then devolves into a series of unconnected passages where the band hammers out atonal rhythms with all their instruments at once, before arriving at a section of rising and falling noise surrounding a more conventional rock groove. “Screen Shot”, a fan favourite, followed this up with a dark and sinister riff that the band builds upon until it is a colossal noisy hulk. My one complaint is that a lot of the intricate layers of instrumentation filling the end of the song get lost in the distortion, but what the band lack in finesse they make up for in raw, bone-crushing power. “Cloud of Forgetting” and “Cloud of Unknowing”, two of Swans’ slowest and most expansive songs, came next with ghostly wails from both keyboard and pedal-steel accompanied by Gira’s vocals ringing out above the whole thing like a muezzin’s. “The Man Who Refused to be Unhappy” then provided some much needed speed, easily being one of the band’s most post punk-esque track since 1995’s “The Great Annihilator.” The set closed with “The Glowing Man”, a song in two halves with the opening bringing back the huge impenetrable walls of noise and the second half providing a head-bobbing bass and drum groove that was somewhat reminiscent of Joy Division’s more aggressive moments.

After the gig my entire body was shaking. Swans’ live show has a level of sheer carnal intensity that cannot be conveyed in videos or even, dare I say, written reviews. It’s a performance that must be viewed first hand to fully appreciate. Sadly the band has said that this is to be their final tour in their current line-up, but I sincerely hope this is not the last we see of Swans. The world needs them; who else is going to remind us that permanent ear damage is a very real thing? 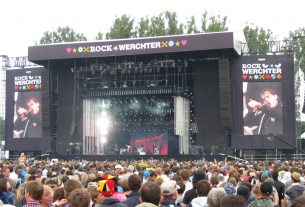