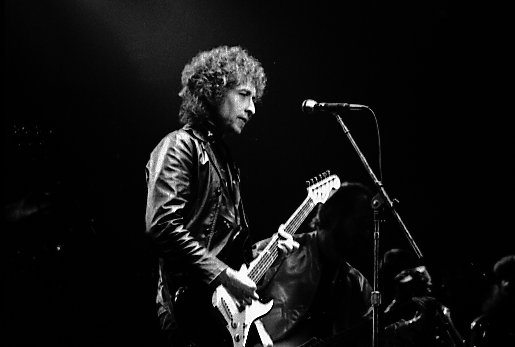 The Times They Are A-Changin’: Dylan’s victory and the future of the Nobel Prize

On the 13th of October 2016 Bob Dylan added the Nobel Prize in Literature to his already extensive collection of accolades including Grammy awards, a Golden Globe and an Academy award, among many others. A Minnesota born singer-songwriter, Dylan’s effortless everyday lyricism has touched the lives of many, and firmly situated him as an important figure of 1960s counterculture. The subject of his writing is remarkably diverse, ranging from heartbreak and personal suffering to provocative questioning surrounding the American Civil Rights Movement, all articulated by his gravelly voice.

Despite his poignancy, there has been much controversy surrounding the legitimacy of Dylan’s claim to the award, with some arguing that pop lyrics cannot be classed as literature.  Dylan is not the first songwriter to be awarded the Nobel Prize in Literature, as many claimed when the award was announced,  as in 1913 Rabindranath Tagore was its recipient thanks to his “profoundly sensitive, fresh and beautiful verse”. This, however, should not be basis on which the outcome of the award is accepted. After all, “why shouldn’t lyrics – or rather the best lyrics – be treated as literature?”, as Alexis Pedridis said in a recent Guardian Article.

Dylan’s effortless everyday lyricism has touched the lives of many

However, this should not be the basis on which the award is accepted either, since it shouldn’t be weighed on the novelty value of choosing a songwriter. When told the news that Dylan had won the award during a recent interview, Margaret Atwood exclaimed “for what”, perhaps in reference to the many writers whose work would have been more suited to the prize. Although awarding Dylan one of the most prestigious prizes in literature might have somewhat redefined the boundaries of what prize winning literature looks like, there may have been far better ways of breathing life into the award. Over the 115 year history of the prize, only 14 times has it been awarded to women, and only 4 of these to women of colour. In this context, the choice of Bob Dylan seems rather standard. It almost gives off the impression that the Swedish Academy would rather take the risk in awarding the prize to a songwriter than to award it to a woman.

This is not to say that Dylan’s work is not fantastic and influential. And, despite the plethora of awards that he has received, none focus on his words so much as a nobel prize in literature does. The sentiment of showing that songwriting can be considered a literary art is important, and if the choice was going to be a songwriter, we need look no further than Dylan. His clear, eloquent accounts and musings covering the whole diverse range of human experience have been greatly praised. However, this is already known to millions of Bob Dylan fans around the world; he doesn’t particularly need this award.

Over the 115 year history of the prize, only 14 times has it been awarded to women, and only 4 of these to women of colour

In the midst of all this very active debate around the award, Dylan himself has remained exceptionally silent in the matter. Formal recognition of the award only took place nearly a week later, in the form of a small line on the lyrics section of the website. However, this amendment has now been removed with no explanation as to why. This has been called ‘impolite and arrogant’, and questions have been raised as to whether Dylan will attend the ceremony in Stockholm in December to formally receive his award. A cool US$ 930,000 cheque might have to be sent in the post if he doesn’t show, which is highly probable given his seeming dislike of large public events. He could follow in the footsteps of Jean Paul Sartre who declined the prize in 1964, on the basis of primarily being a philosopher and not a literary figure.

Debate will continue to rage over the legitimacy of Dylan’s award in the coming months, which raises the profile of the Nobel Literature Prize and enables the world to have an opinion on new directions for the Swedish Academy. If we can agree on nothing else, we should agree on the fact that the somewhat controversial decision has brought to the fore questions of what a Nobel Prize winner in Literature should look like.