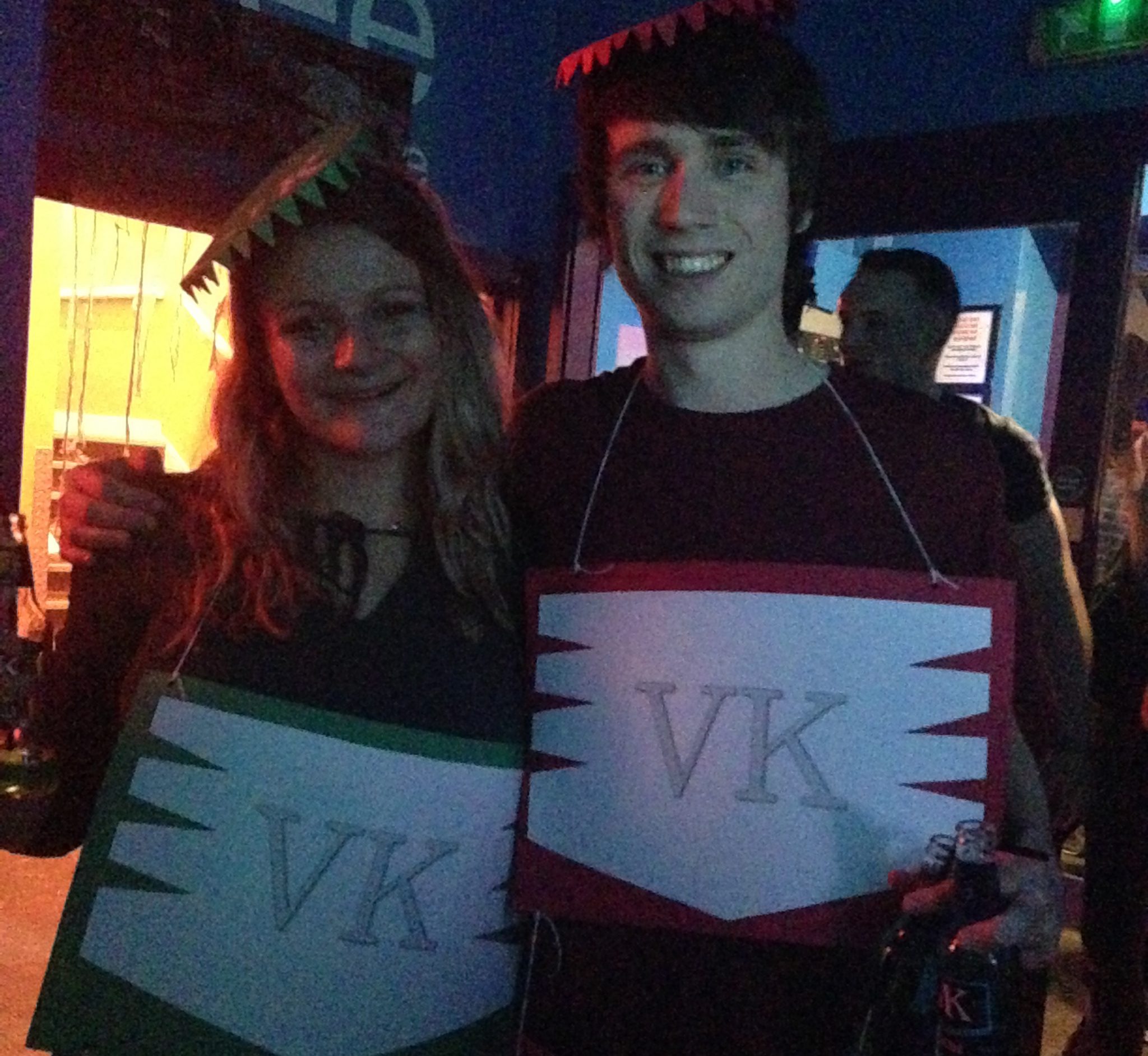 ‘Jesus loves Wahoo’: A Tribute to the Bar (and Grill)

We did attempt to get some food at Wahoo before it closed for good (yes, it sounded weird as we said it) but apparently they haven’t served solids for a couple of months now. They were putting up pumpkins and stringing cobwebs across the bar when we arrived at 5pm, and told us to come back at a normal hour. So we did – here’s how the club’s last ever Saturday night unfolded.

10.51pm – We head to the smoking area to hear about people’s experiences. A guy in a bomber jacket is very keen and ends up saying everything at once, to the detriment of intelligibility: “For every time we’ve been to Wahoo, I’ve been three times, every time after I’ve been McDonalds; I spent forty pounds on red VK. That translates to every card I have in my wallet.”

10.53pm – A girl from Corpus Christi muscles in on our conversation. “Hats off to Louis Theroux for investigating Jimmy Savile”, she says as though it’s the most natural conversation starter in the world. Her expression turns abruptly to despair: “I’ve been to Park End five hundred times and I’ve got off six hundred times – Wahoo is a continuous beacon of hope yet stretched out by a perpetual undercurrent of disappointment.” Her sudden mid-sentence lucidity catches me off guard.

11.15pm – Another negative review, this time beside the bar courtesy of a student at Jesus. “As a fresher I can’t see the hype around Wahoo, because frankly it’s overpriced, sweaty upstairs and the DJs are nearly as shit as at Park End.” He complains of mould over the toilets and a lack of locks on the doors, although couldn’t tell us if these were Halloween additions or not. “Saying that, I can see the second and third years’ attachment as its a Jesus institution.” He looks up from his Jägerbomb and concedes with a grin: “Jesus loves Wahoo.”

11.30pm – Someone else wearing a Louis Theroux t-shirt accosts us outside, whilst a Brookes graduate weighs in on the atmosphere: “I couldn’t turn down Wahoo in favour of Lola Lo’s. You can’t beat this atmosphere. It doesn’t matter if you’re upper class or lower class; its always a good atmosphere.”

11.35pm – “Getting manhandled by bouncers at Wahoo,” a student propped up by a friend confesses. “I was trying to get with people in the queue and the second time he chucked me out.” And then, as if in an attempt to justify himself, he adds: “I’m from the valleys”.

12.01am – A blonde girl on one of the benches declines to comment. “My tooth was aching from Wahoo,” she says. “Too many VKs.”

12.22am – Too many VKs appear to have made people more talkative. An anonymous source from St Anne’s approaches us with a swagger. “One of my friends fell on a girl and broke her leg, he fell and tripped on her and fractured her femur,” he says, refusing to clarify whether this even happened in Wahoo. Another one, he claims, “took a wee in the corner – she rolled with the punches once it came out”.

12.40am – “There’s people who’ve had sex in the axe room,” a girl claims authoritatively, but is dragged away by a group of friends before she has a chance to explain further. Maybe they’re hiding something.

1am – We ask for a statement from one of the promoters. He seems reluctant until we mention that it doesn’t have to be negative, resulting in one of the nicer quotes of the evening: “It’s the end of an era,” he says, “it’s been one of the institutions of Oxford nightlife”

1.21am – Positivity abounds in the smoking area as a number of free drink tokens are distributed. “Wahoo is the best club in Oxford – the atmosphere is amazing, everyone’s the same level of drunkenness,” says a girl perhaps less drunk than everyone else as she declines to disclose her college.

1.23am – A Brookes student jumps in, suddenly animated by the girl’s enthusiasm and speaking a thousand words a minute: “Wahoo has been from the moment I got to university the main sport venue, 800 plus figure.” He resumes at breakneck pace before I can ask what he’s talking about. “Wahoo is a crazy motherfucking night, literally you will not have a bad night at Wahoo, no one ever has said it’s a bad night. It’s devastating, it’s gonna have a huge impact on nightlife on Oxford. It’s a waste of a venue. This street is a nightclub street.”

2.01am – A guy who self-identifies as a Wahoo regular stumbles over and blurts out: “Snog, marry, avoid.” He lists no candidates but asks us for a reply. We say avoid, much to his disappointment. “I say snog, marry, avoid on Snapchat,” he explains. “I get 50% snogs, 10% follow-up,” he adds, showing us his videos. “Now you’ve seen the videos would you change your mind?”

2.38am – “Crowdsurfing in Wahoo,” a fresh-faced student exclaims, “I got the jeans back, but not the t shirt.”

2.45am – “I swam across the room and ruined ten to fifteen shirts. The liquids it gets the shirts ruined.” I’m not getting lazy with my comments, I just honestly have no idea what anyone’s talking about anymore.

3.09am – “I saw someone throw up in the hot tub, and she was loving it,” interjects a guy in sunglasses before we can even ask him for a story. I don’t even think there is a hot tub here.

3.20am – “Wahoo is to die for… it’s dreamy,” says a somnolent student on her way out. Seeing as we’re more or less dancing with the bouncer by this point, we decide we probably ought to follow suit.