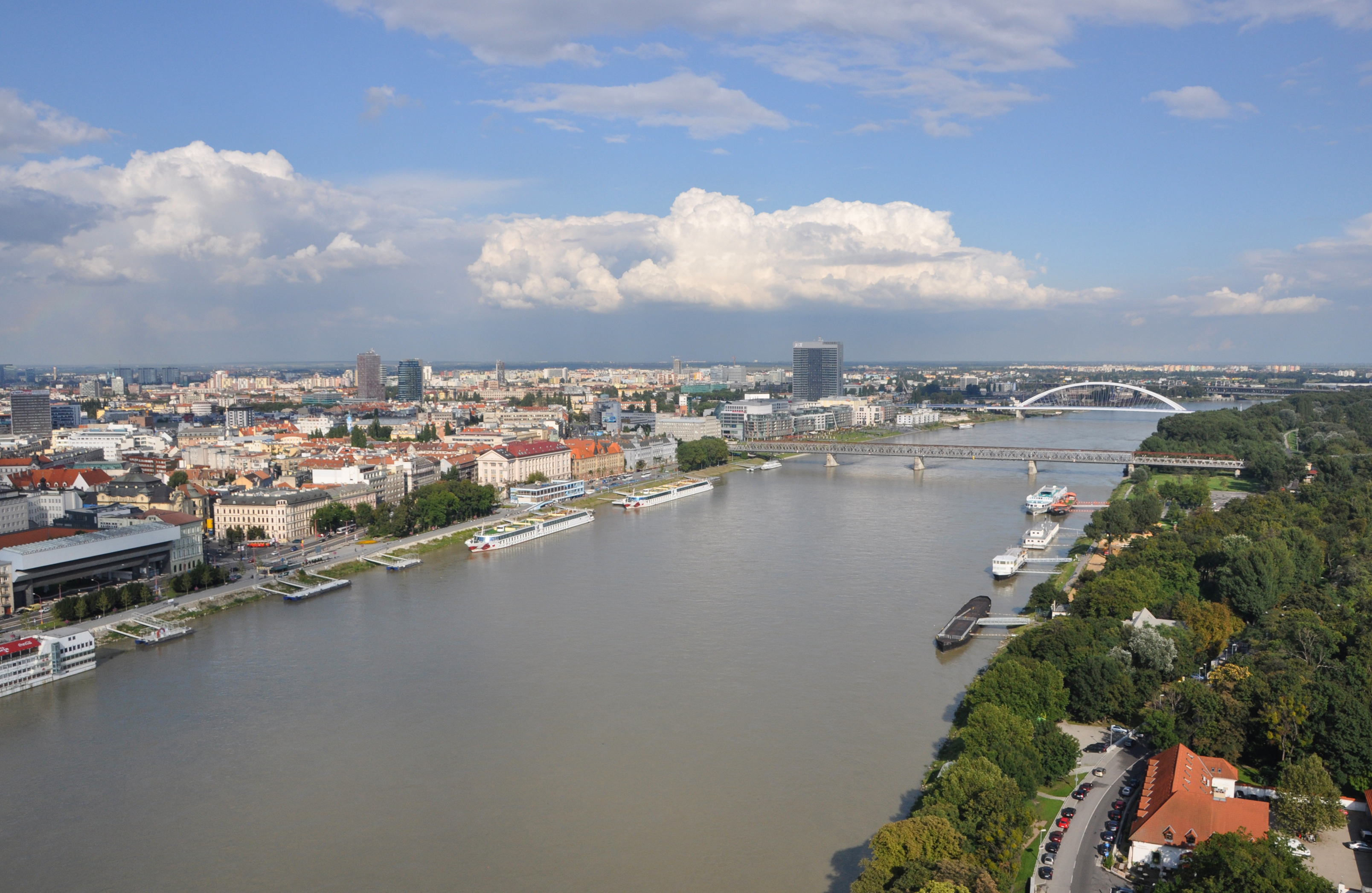 When Patrick Leigh Fermor arrived in 1934, many of the residents of Bratislava would still have known it by its former name, Pressburg. As he later recounted in A Time of Gifts, the castle sat scorched and empty having caught fire in 1811, and the surrounding hillside was pockmarked with dens of ill-repute. Charging down the slopes on the way to dinner one evening, he nearly ran headlong into a brown, Carpathian bear, performing in the shadows to the beat of a tambourine and the cries of a small crowd.

Fast-forward to 2016: the castle has been restored, the prostitutes have taken less conspicuous rooms and the bears have been moved to a zoo in the suburbs. A smart, European city now flanks the banks of the Danube, attracting big business and the more adventurous stag parties. The streets of the old town are quaint but tidy and resolve in well-proportioned squares with stages set up for traditional dancers and jazz performances, while the glass-fronted gyms and juice bars of sleek developments line the riverfront.

Curious, then, that the first Slovak I happen to meet in Bratislava is Miloš. Miloš is the increasingly unsteady and garbling bacchant we reluctantly sit with to watch the first England game of the European championships. Our group, made up of travellers from the friendliest hostel I’ve stayed at, had strayed from the bars and tourist pubs of the old town in the hope of watching the match in peace; with the rest of this particular establishment curiously full, however, Miloš enthusiastically beckons us over to his table to announce proudly and almost immediately that “Slovakian vodka and women,” with a brief pause to swipe at his beer, “are best in world.”

Unfortunately, it soon becomes apparent that these are the only English words that Miloš knows. Of course, our inability to speak Slovak precludes any judgment of his language skills (I seek solace in the fact that Leigh Fermor found the “hubbub of Slovak and Magyar” as unfamiliar as I do) but perhaps not his insistence that he repeat the same phrase every time the whistle blows.

I turn to my drink. Much less frequently than Miloš, admittedly, who must have been here most of the afternoon to get seats so close to the TV. Disinterested by the football, he continues to voice to us his opinion of Slovakia’s greatest assets, all the while sweating profusely over a fresh pint and attempting to justify his absence to his wife by phone. For what it’s worth, I don’t doubt that at least one Miloš exists in every city and has done far before Leigh Fermor set out on his journey from the Hook of Holland to Constantinople. In the description of a gloomy bar, the drinking men of his world are not so different:

“Enmeshed in smoke and the fumes of plum-brandy with paprika-pods sizzling on the charcoal, they were hiccuping festive dactyls to each other and unsteadily clinking their tenth thimblefuls of palinka: vigorous, angular-faced, dark-clad and dark-glanced men with black moustaches tipped down at the corners of their mouths.”

It is my misplaced idea to buy a large packet of paprika flavoured crisps for the table. Hunger aside, having embarked that morning on a riverside run with a friend from the hostel, it also occurs to me that a couple might sober Miloš up. Unfortunately, as soon as they’re opened, he plunges an already greasy hand in and comes out with ten or fifteen at a time, spilling five or ten at a time onto the floor below. The four of us manage to get a couple each, but after five minutes the packet is empty and a crunchy, orange halo has formed around Miloš’ chair.

Out of the corner of my eye, I can still see Miloš trying to catch my attention, occasionally pointing at a female friend and exclaiming “Woman!” with a curious mix of surprise and glee. He orders another drink and glances at the football, but the rather dull match mostly fails to hold his attention and he soon starts picking at the crisps around his chair, retrieving them from the tiled floor between gulps of beer.

Russia score in the final few minutes. Beyond some anti-Russian sentiment, the Slovaks seem indifferent to the result, especially Miloš, who has either fallen asleep or succumbed to whatever cleaning product he’s just ingested. Someone switches channel until they land on some cross-country skiing. We quietly pay for our drinks and leave under the knowing gaze of the barman. Outside, an elderly man commiserates with me over the score.

Everyone that Leigh Fermor spoke to in 1934 fondly recalled the turn of the century heyday that Bratislava had enjoyed before the Great War, and a sense of neglect pervades his chapter on the city. Seventy years later, however, the city can claim to be one of the wealthiest regions in the EU (with the sixth highest GDP per inhabitant), and the rows of elegant boutiques served by a gleaming fleet of red trams do little to dissuade visitors of this. To my mind, between a thoroughly welcoming hostel, a morning jog along the river with a complete stranger and our evening with Miloš, neglect couldn’t have been further from the truth.