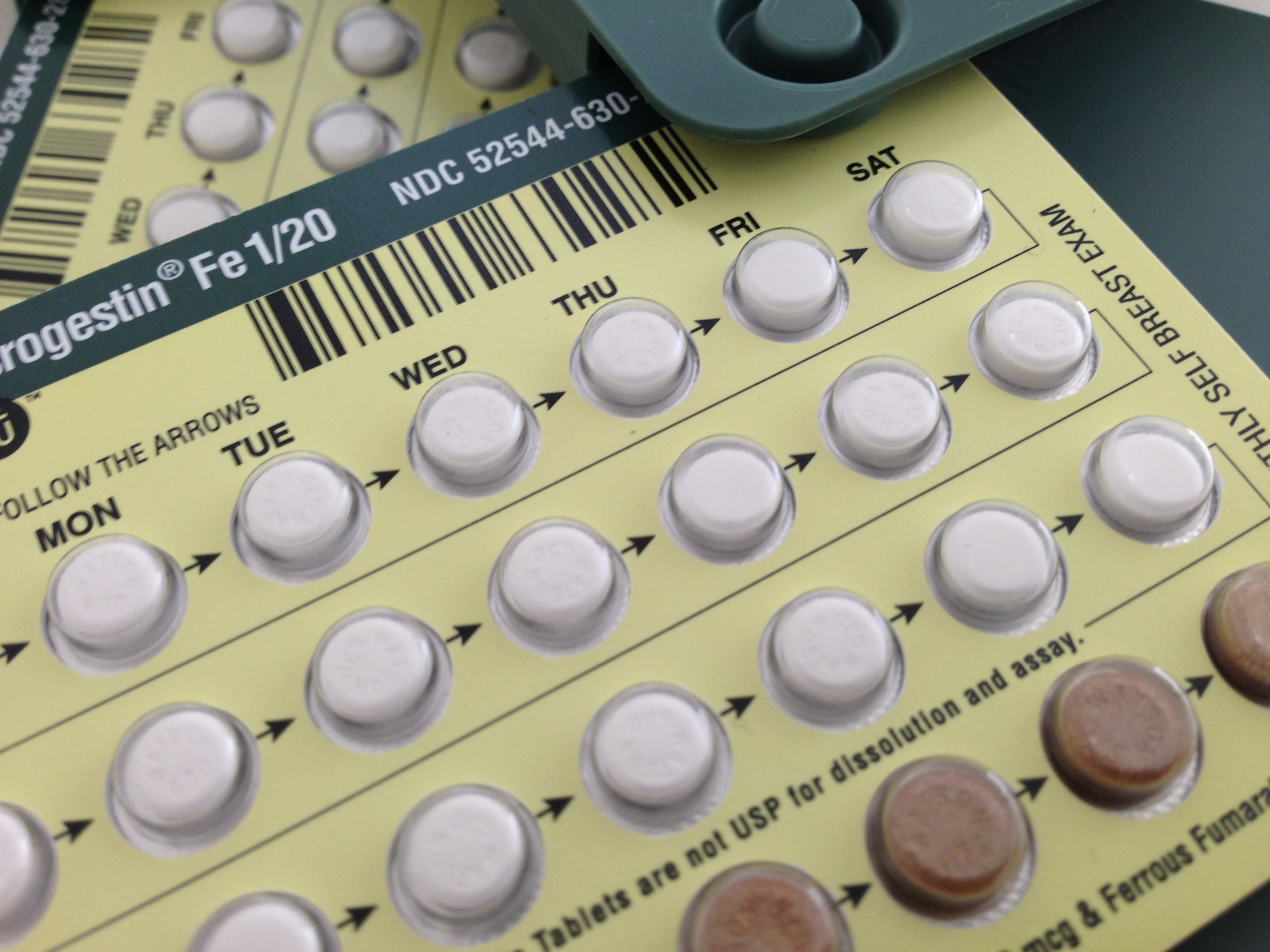 The Ins and Outs of Male Contraceptives

The media’s recent poor-quality reporting and interpretation of a novel male injectable contraceptive is unhelpful and misleading. Ethical arguments in the media should be based on sound scientific interpretation – they can be so much stronger for it.

A little oestrogen, a splash of progesterone – taken once a day the combined oral contraceptive pill is quoted as having a 99.9% reliability for preventing pregnancy. Its introduction in the 1960s was rightly hailed as an important milestone for women’s rights and played a role in spurring the fabled sexual revolution of that decade. However, despite several iterations to improve the pill, evidence has since accumulated to demonstrate its important side-effects. As such, male contraception is desirable not only to spare women these potential side-effects, but also to allow men to take control of their own reproductive functions.

The furore surrounding the halting of a recent trial of an injectable male contraceptive is therefore perhaps to be anticipated, but discussion in the media has been unjustifiable. Comments driving towards ideological goals have frequently revealed poor reading of the original research paper. I hope to untangle the study by asking three simple questions of it, arguing that disingenuous reporting has undermined the drive towards equality in sharing the burden of reproductive control.

Firstly, did the male injectable contraceptive in the trial actually work to prevent pregnancy? Descriptions in the mainstream media would suggest so; it was said that the new contraceptive “is now very effective” and even “is almost 100% effective”. However, in the trial there were 1.57 pregnancies per 100 women over a one year period whilst men were taking the contraceptive. By using a neat statistical technique, the researchers were able to say that we can be 95% sure that the value for the population would lie somewhere in the range of 0.59 to 4.14 pregnancies per 100 women per year. Readers can judge for themselves how effective this really is, but it is useful to note that the authors of the trial initially had “a goal to rule out a 4% failure rate” with 95% confidence, yet the numbers above show that they failed to meet this target.

Additionally, it was claimed that the injection “works as well as the pill”. Again, we need to look at the details. The trial article reports that the male contraceptive, with its 0.59 to 4.14 pregnancies per 100 women, had a similar effectiveness to the real world use of the combined pill, which has an effectiveness of about 5 pregnancies per 100 women over one year. Importantly, we know that the pill is about 50 times less effective in the real world than in trials, because women who are in clinical trials tend to have reminders and encouragement so that they keep to the contraceptive’s guidelines much more strictly. We should anticipate a similar effect with the male injectable contraceptive, because it is likely that without the constant reminders of a trial, some men would miss their 8-weekly injections. It is therefore in my opinion meaningless to compare the trial effectiveness of the male injectable contraceptive to the real-world effectiveness of the combined pill. This comparison creates an artificial semblance of similar effectiveness.

Why does all of this matter? Well, the trial does not show the effectiveness that the media reported. It shows that the effectiveness is somewhere in a very rough ball-park of other contraceptives, but probably considerably worse than some forms such as intrauterine systems or devices. This matters: it is important for both men and women that their contraception works reliably. For the media to mislead couples about unreliable contraceptives in order to promote ideological agendas would be a disservice to anyone.

Secondly, how bad were the side-effects of the male injectable contraceptive? This point has been hotly discussed and several journalists have argued that the trial should not have been stopped because the side-effects were not so bad, especially in comparison to side-effects of female contraceptives. Once again, it is difficult to tally what was written in the media with the study’s own report. One journalist describes the side-effects as “no worse than headaches”, despite the article clearly describing how side-effects possibly led to a suicide attempt, a potentially life-threatening heart rhythm disorder and at least one case of erectile dysfunction, in addition to the commoner side-effects of acne, mood changes and increased libido. The berating of the scientists for stopping the trial with comments such as “the halting of the male contraceptive trial is not justified” by Anna Rhodes in The Independent once again betrays inadequate reading of the study article, as the article clearly states that it was not the trial authors themselves who stopped the trial but an independent World Health Organisation committee. It seems irresponsible to seek the continuation of a trial after it has been determined that it would be unsafe to do so by an independent and well-respected body with substantial medical insight.

Contraceptive-induced infertility would be a medically-induced tragedy that no couple should have to go through. I find it disturbing that I have found no mention of this in the popular media.

It would of course have been delightful if the trial had found minimal side-effects of the contraceptive, but it didn’t. Pragmatically, if we as a society want men to shoulder the burden of contraception, then the available contraceptives must be acceptable to men. It is therefore necessary to acknowledge current flaws and redesign contraceptives to make them more acceptable. To simply ignore the results of the study and blindly stumble on would prevent any real improvement and hinder uptake. Some might point to the finding that at the end of the trial – 82.3% of men said that they “would use a method of contraception like this” – as evidence of contraceptive’s success, but I would reserve judgement on this figure. We must remember that participants who joined the trial would have been men who were already open to the idea of male contraception, otherwise they would not have joined.  It is therefore unsurprising that a large proportion of people who were originally interested in a male contraceptive were also keen on such an intervention after the trial. Indeed, an alternative reading of the data would be that about 1 out of 5 people who initially would have used a method of contraception like this changed their minds and would not use it after trying it for a year.  So the problem we face is how to convince men who are currently not interested in male contraception to get on board – for that, we need to acknowledge the male contraceptive’s flaws in order to improve it.

Thirdly, and finally, was the male infertility reversible? This has hardly been touched on in the media, but is extremely important. Many long-term couples for whom male contraception would be useful will also want to keep their reproductive options open for the future. The results reported in the trial show that fertility was regained slowly by men – only around 50% had recovered at 26 weeks after finishing treatment. More worryingly, by 52 weeks after finishing treatment, 5.2% of men had not regained fertility as measured by sperm count and motility. That’s about 1 in 20 men remaining infertile at one year after stopping treatment. Some of the men who did not regain fertility by one year went on to recover in the second year after treatment, but some withdrew from the study such that it is impossible to know if their fertility recovered. Importantly, one of the 247 participants in this part of the trial was left infertile even at four years after stopping treatment. Because of the nature of this study, it is impossible to tell whether or not this was caused by the contraceptive or something else entirely, but contraceptive-induced infertility would be a medically-induced tragedy that no couple should have to go through. I find it disturbing that I have found no mention of this in the popular media.

The injected male contraceptive studied in this trial was not perfect, but it was a step in the right direction. However, poor reporting of scientific trials serves to undermine the societal progression that male contraception could bring. If we are to create a clinically useful male contraceptive with a good uptake, we must acknowledge shortcomings that the data reveal and use this to improve contraceptive options, with potential benefits for both men and women.

Behre et al. (2016) Efficacy and Safety of an Injectable Combination Hormonal Contraceptive for Men. The Journal of Clinical Endocrinology and Metabolism.