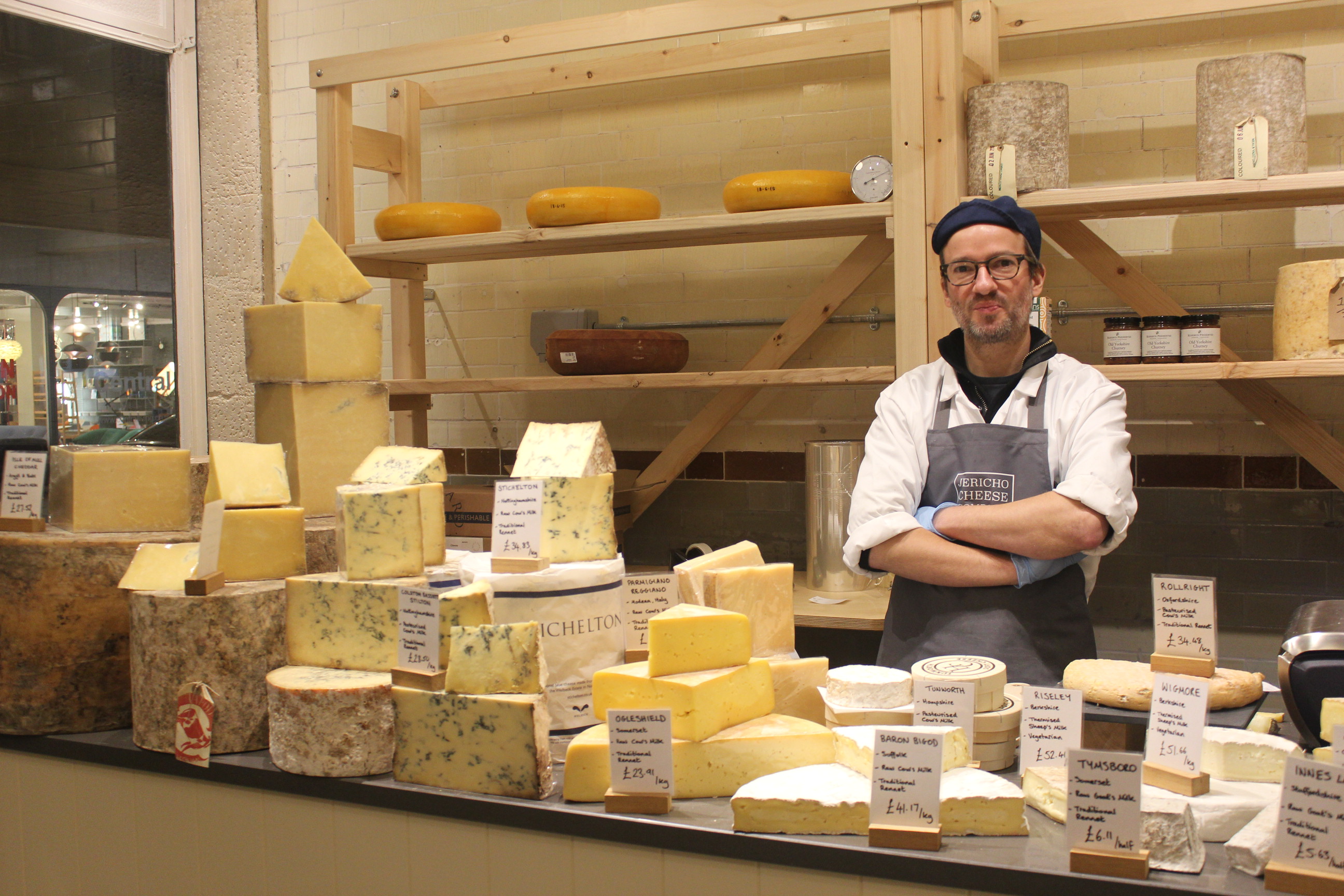 Down on Little Clarendon Street, its windows gleaming with wedges of Cheddar and Stilton, Oxford’s newest specialist food shop is open for business. On the site of Uncle Sam’s Vintage American Clothing now sits a bright, airy boutique by the name of the Jericho Cheese Company.

At the helm is Adam Verlander, who spent six years working at Neal’s Yard Dairy in London before moving to Oxford with his partner. Speaking to the Oxford Student, he was confident that the experience will serve him well: “I have all the experience I need, so it’s not too daunting!”

Verlander’s managerial experience has put him in contact with a host of smaller suppliers from around the country. With Neal’s Yard acting as supplier, he can choose his 30 favourite cheeses to display in the shop and represent the people who make them.

All the cheeses are from small producers – which means you’re unlikely to find them in larger retailers – and all of them currently come from Britain and Ireland, with the exception of one Parmigiano, which he justifies with a grin as “one of the finest foods in the world.”

Verlander is keen to encourage people to taste the cheese and discover something that they love. “I’m a matchmaker,” he says. “It’s my job to find out what you’ll like and what you won’t like.”

Getting people to taste the cheeses on offer will likely not pose a problem. I tried the Dorstone from Verlander’s home county of Gloucestershire, a raw goats milk cheese with vegetable ash on the outside: it was as white as snow and certainly better tasting. As for the Rollright, an excellent pasteurised cow’s milk cheese produced by a couple in Chipping Norton, the taste of the milk shone through wonderfully.

“Lots of people who’ve lived here for a very long time… we had regulars after day two or three though.”

It’s hard to spend any time in Oxford colleges without being offered cheese for some occasion or another, and this has already come to Verlander’s attention: “I’ve heard people say ‘I should have a cheese and wine party’, and I’ve had a couple of people from a cheese society who wanted to try few things they’ve not had before.”

It’s not just students heading to Little Clarendon Street though. According to Verlander, there has been a huge cross section of people so far: “Lots of people who’ve lived here for a very long time. It used to be the red light district, Jericho was the scuzzy bit. So people find it amusing that I’d name the shop after Jericho! We had regulars after day two or three though.”

The shop is airy and uncluttered – its tiles were rediscovered after years hidden behind wood panelling – and the cheese is allowed to take centre stage. Verlander is careful that the few accompaniments, including a quince jelly, local butter and milk, do not distract from the main attraction.

No accessories and no clutter – just expertise and very good cheese. And should you love something but forget its name, all the cheeses’ names are on the receipts; next time round, you’ll be back as an expert.