Earlier and earlier every year, more and more poppies appear on the lapels of all kinds of people. It’s hard to avoid them while walking through town, and it’s very hard to fail to remember their significance. It is also very hard to deny their importance in aiding a society whose social fabric has been so changed by war, especially in the last 100 years, to remember the bravery of the fallen.

The first year of British Legion’s Poppy Appeal was in 1921, and has been commemorated every year since, but never has it had more relevance than now. In the year of the 100th anniversary of the Battle of the Somme, which heralded its own events of commemorations in the form of groups of actors and volunteers donning the garb and equipment, and indeed the identity, of a First World War soldier and melancholically patrolling the streets of towns and cities up and down the UK, the poppy takes on a new symbolic meaning, creating an historical connection with the First World War (and perhaps even encouraging more people to perform research into the conflict) and also retaining its gesture of remembrance to all those who have lost their lives on the battlefield.

So long as it is being bought and being worn, the poppy communicates its meanings of respect and remembrance

One concern about the appeal is that it trivialises war by asking the general public to show their remembrance through no other means but wearing the poppy. The commercialisation of the poppy (see the 2013 ‘glittered poppy’) has also raised questions about the effectiveness of the appeal in encouraging remembrance and reflection on war and those who have been killed. There is also the issue of peer pressure, in that those not wearing the poppy during the period from late October to Armistice Day feel ostracised from those wearing it. These are all valid concerns, but are not convincing enough to successfully argue against the Appeal as doing fundamentally good work in promoting historical discussion and supporting veterans of today.

The Poppy Appeal raised a staggering £48.5 million in 2014, constituting 30% of the Legion’s annual income. The Legion claims that this money goes directly to fund welfare work for returning soldiers. The fact that such an appeal reaches out to so many sections in society, and places the vital issue of welfare care for returning soldiers at the heart of its appeal, in itself shows the inherent positive of the campaign. The “commercialisation” of the poppy as a symbol arguably does not matter in this respect – so long as it is being bought and being worn, the symbol communicates its meanings of respect and remembrance.

The ‘peer pressure’ that arises in the weeks running up to Armistice Day is perhaps the most important argument against the Poppy Appeal. Certainly there are many instances where someone may not feel comfortable with wearing the poppy, and this should be and – I believe – is respected by most people. The commemoration takes place for around about two weeks (perhaps slightly longer as the poppies begin to appear earlier each year), and so any feeling of ostracisation fades relatively quickly.

The central reason for why the appeal – with its connotation of the tragedy of war – is so integral to British society today must be the constant reminders of conflict we hear about in the age of the 24-hour media. From Syria to Ukraine, conflict is never far from our screens in the 21st century. The poppy, although honouring those lost in war and respecting them for the sacrifice they have made for their country, can be interpreted as a warning against conflict. The poppy acts as a means by which people can respond, in their own way, to the concept of war, in a world where such wars usually engender a feeling of helplessness. In this way, the Poppy perhaps does more than form a connection with the past; it gives us the means to deal with our present.

It’s important to confront homophobia, but not with more homophobia 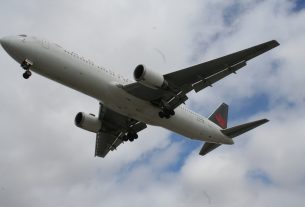