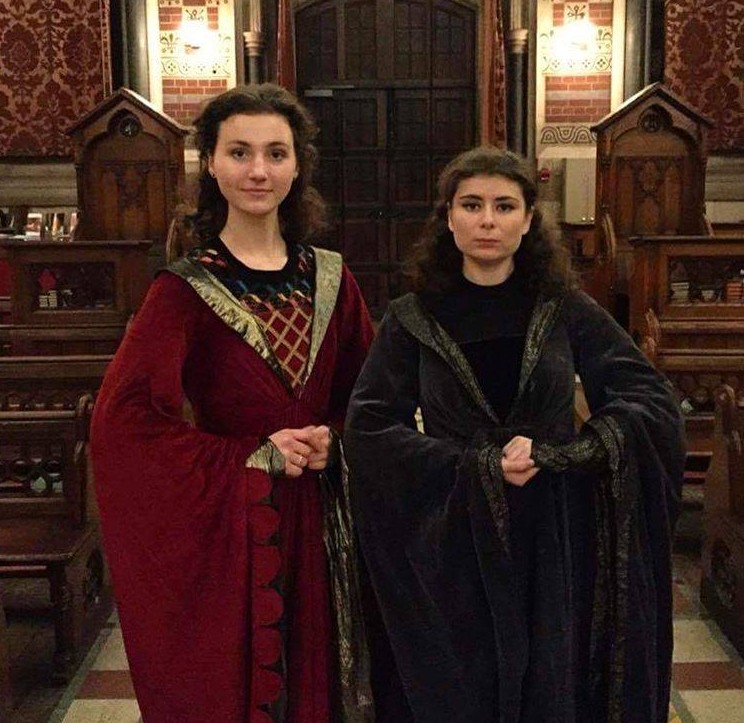 Dates is a Clever and Unforgiving Parody: A Preview

“Pray, what means this aubergine emoji”, asks a suitably bewildered Tudor singleton as she browses Tinder for eligible bachelors. You’d be forgiven for thinking this the invention of some nonsensical Carrollian fantasy. In seventh week, Rebecca Heitlinger brings her original sketch show ‘Dates’ to the Burton Taylor Studio. It is an unforgiving parody of comedy’s long-suffering victim: the pitfalls and ironies of dating and relationships. An easy target, perhaps, but what Heitlinger’s set of eight, otherwise unrelated sketches achieves is a continual regeneration of the concept that lies behind it.

Here is my issue with sketch shows: all too often the premise hinges on a set of regurgitated catchphrases, taking the whole ‘flogging a dead horse’ idiom to uncomfortable extremes. Heitlinger’s is a style of comedy that rests on an unyielding system of clever puns, witty interrelated metaphors and a suggestiveness that is angled at just the right degree;  to be scathingly ironic yet refreshingly light, incisive yet playful. The concept of ‘Dates’, and the immediate and varied associations the idea conjures up is merely used as a peg on which Heitlinger hangs her incredibly astute and funny reflections on modern life. The hallmark of successful observational comedy is to tease out the little irritations and minor annoyances of daily life, and turn them into a cathartic facetiousness.

‘Tudor Tinder’ is by far the most accomplished and relentlessly funny sketch that I was treated to. As a whole, the sketches in ‘Dates’ are a little hit-and-miss, but this can hardly stand as criticism; after all, the very nature of sketch shows makes this inevitable. The show spans such various situations as the meeting of two phones, the worlds of blind, speed and online dating, and a Jewish ‘meet-the-parents’ deception. ‘Dates’ on the whole manages to navigate its way through the morass of dating with conviction and humour. The traverse seating is a particularly adroit touch; unlike what the title suggests, this is less a study of character than of society. Observing only the actors’ profiles, it feels as if we are placing particularly amusing specimens under examination; this is an exploration of modern behaviour that goes beyond individual character comedy.

Previewing the sketch in a tiny audience of two, it can be difficult to gauge whether the comedy is more about the comedians or the audience. ‘Dates’ demands a very particular spectator; indeed its very witty and intellectual humour won’t deliver a night of unadulterated and indulgent comedic escapism by any measure. But the right viewer will be richly rewarded by this sharply ironic, but not overpoweringly caustic production. The writing is clever, discerning, sharp, and at no point does it patronise. This is a production that knows its audience well, that knows exactly which buttons to press and will do so with a precision and timing that mercilessly and unquestionably hits its target. The script, at its very best, is sheer perfection. But more importantly, and perhaps more than in any other production I’ve seen, the actors understand the tone and the feel of the piece, and execute this with a confident punchiness that is rare. Alex Matraxia (disdainful iPhone and marriage broker extraordinaire) must be singled out for a faultless delivery, a real comedic character with an uncanny knack for emulating electronic devices to comedic perfection.

‘Dates’ is random, sprawling and ironic in a way that only life can be. It is at once a celebration of the joys of modern, cosmopolitan behaviour, and a satiric, tongue-in-cheek nudge at its little ironies. But whatever it is, it is funny, and definitely not to be missed.