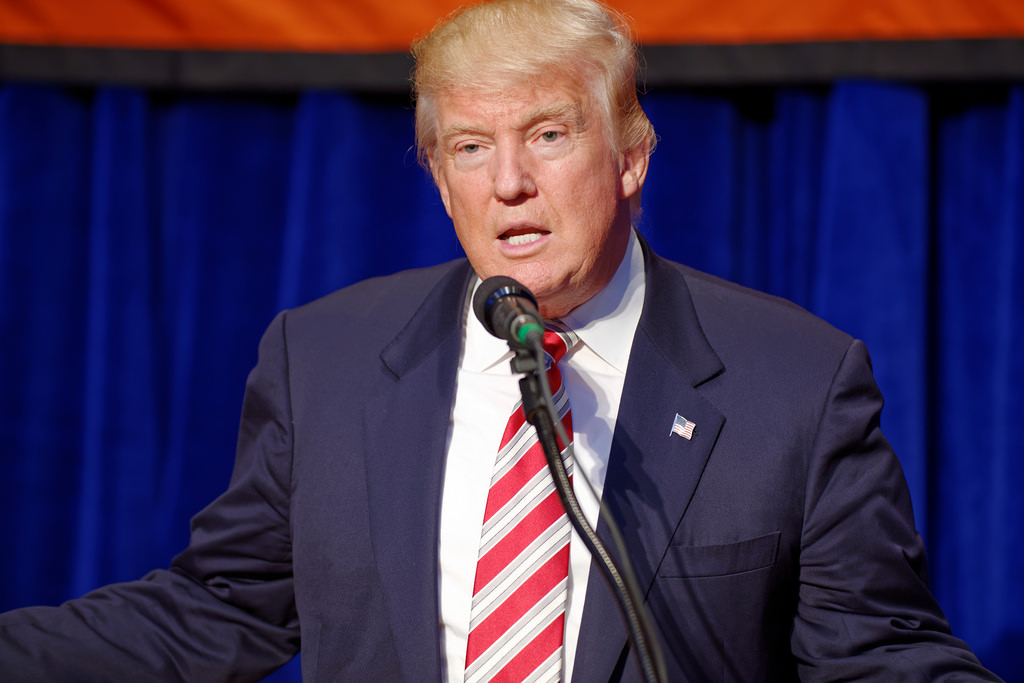 Faced with the task of recommending music which encapsulates the new America which dawned on Election Day, Matthew Li discusses a series of classical pieces in relation to Trump’s victory.

The Rite of Spring perhaps captures the shock that many of us experienced when we woke up on Wednesday morning to discover that Donald Trump had won the election. Like the shock of the Trump Presidency, the premiere of The Rite of Spring took its audience by surprise, and lead to riots when it was first performed at the Théâtre des Champs-Élysées in 1913. Its discordant and brash harmony shocked the musical establishment, who mocked and jeered when the piece was first performed. Rumour has it that the famous French composer Camille Saint-Saëns stormed out upon hearing the unconventional usage of the bassoon in the opening to play a haunting and yearning theme.

Listen in particular to the ‘Augurs of Spring’, which comes just after the introduction – this is what was playing in my mind as I realised at about 3:30am that Trump was likely going to win Michigan and therefore likely to be the next President of the USA. ‘The Naming and Honoring of the Chosen One’ in the second half of The Rite of Spring essentially captures how I felt for the rest of Wednesday. It is perhaps also fitting for Putin-fanboy Mr. Trump that the Rite of Spring was composed by Igor Stravinsky, a Russian composer.

On Thursday, I found myself listening to Antonin Dvorak’s ‘American Quartet’ in F Major. The opening theme of the piece is incredibly uplifting and will definitely set you in a good mood for the rest of the day. The American Quartet will certainly help you appreciate all the great things about America, and in particular its diversity. Dvorak himself was a Czech immigrant to the United States, and his Quartet in F Major was inspired by African American, Native American, Indian, and Irish music. In fact, prior to being known as the ‘American Quartet’, it was often referred to as the ‘Negro Quartet’ due to the particular influence of African American music.

Dvorak’s contemporaries described how Dvorak felt he was filled with spirit when listening to music from different cultures, and this certainly is how I feel when listening to this amazing quartet. In particular, I always find the ‘Lento’ (2nd movement) particularly powerful; it has a certain reflective and sombre tone and contrasts with the more upbeat ‘Allegro ma non troppo’ and the ‘Molto vivace’ between which it sits.

Nate Silver … said that many of us may feel in a state of shock now, but we have to remember that politics is cyclical

On his Friday 538 podcast, Nate Silver made what I thought was a very insightful comment: he said that many of us may feel in a state of shock now, but we have to remember that politics is cyclical. In 1992 Bill Clinton shocked America by defeating Incumbent President George H.W. Bush. In 2000, George W. Bush returned the Presidency to the Republican Party, and in 2008 Barack Obama shocked the world by becoming the first African-American President of the United States. 2016 has once again shifted the political climate to the polar opposite of what it was eight years ago, and in eight years’ time we will probably see some other type of shift once more. I think the perfect piece of music to capture this cyclical theme is American Composer Steve Reich’s ‘Piano Phase’.

The Piano phase is played with two pianos, and involves both pianos playing the same three motifs in the same order throughout the piece. However, one piano varies the tempo at which it plays, sometimes running ahead of the first piano, sometimes running behind, but always returning to equilibrium after a while. The resultant melodies that result from the cyclical shifts are rich, varied, and unexpected – just in the same way that American politics operates. I’ll admit however, there’s no doubt that this cycle has been a particularly unusual one. For a little bit more variety, perhaps you might enjoy listening to Iranian-American musician Mahan Esfahani performing this fascinating piece on the Harpsichord.

For a non-classical take on Trump’s America, The Oxford Student recommends you check out:

Gil Scott-Heron – ‘The Revolution Will Not Be Televised’

Kanye West – ‘Who Will Survive in America’