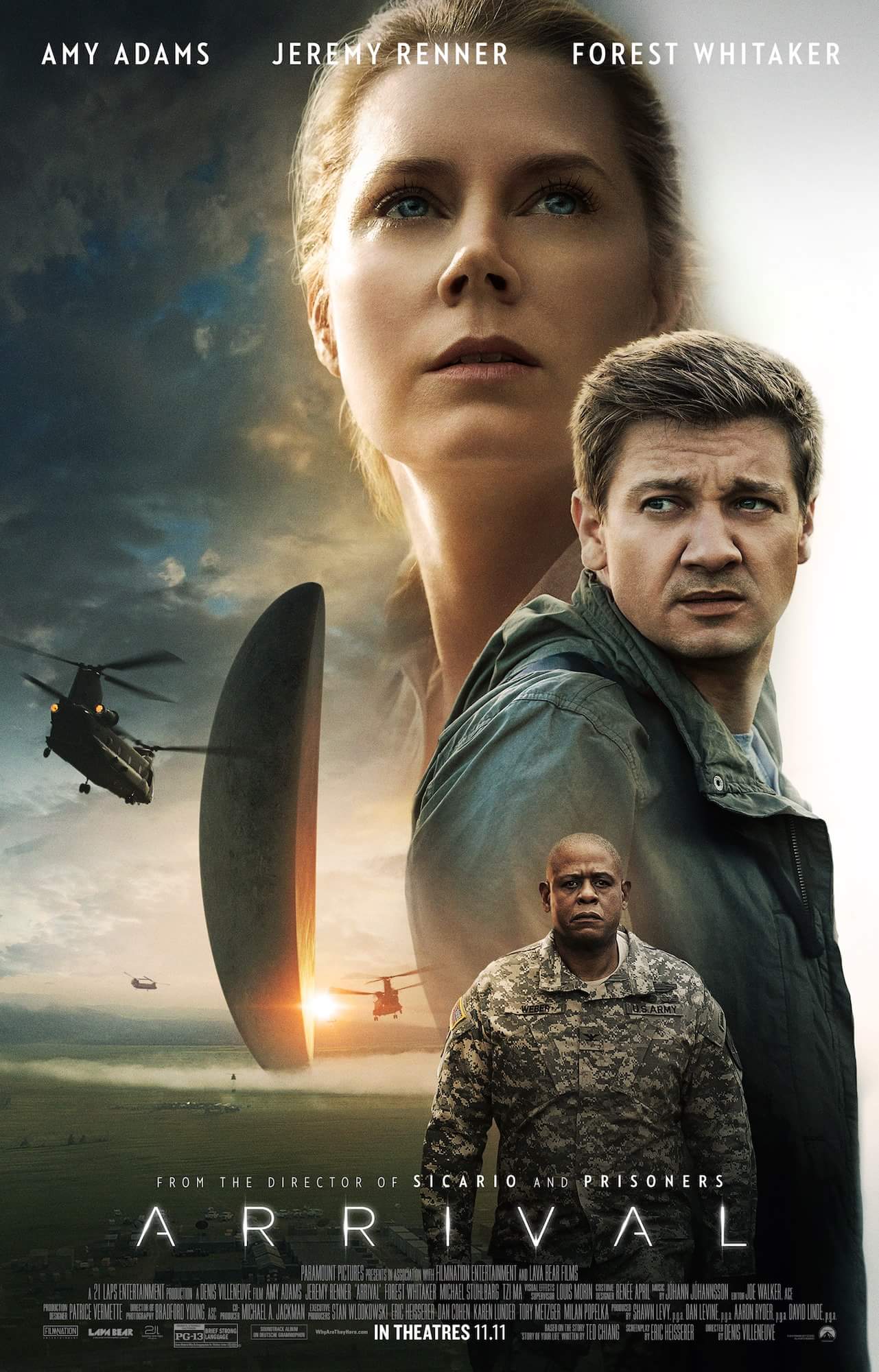 Denis Villeneuve tends to be a filmmaker fixated by the darkness at the heart of humanity, with his previous works featuring such cheery themes as torture, the unending cycle of cartel violence and anti-feminist massacres. It’s something of a relief then to see him move to somewhat lighter territory in Arrival, a fundamentally hopeful and moving piece of sci-fi that succeeds not just on the intriguing nature of its premise but on a deeper emotional level as well.

The story sees language expert Dr. Louise Banks (Amy Adams) recruited by the U.S government to try and figure out a way to communicate with aliens who have mysteriously appeared in huge ships across the world. Villeneuve and screenwriter Eric Heisserer fundamentally commit to a hard sci-fi approach as filtered through linguistics, with a rigorous approach to trying to realistically show how communication with an alien race might work. It proves to be engrossing stuff, even if much of it is a framing device for the emotional themes the film seeks to explore.

The star of the show here is undoubtedly Adams, who deserves to be on course for her sixth Oscar nomination for an absolute powerhouse of a performance. The entire film hangs on her role and she more than steps up to the challenge by bringing a subtle realism to the character, and when the script asks huge amounts from her towards the end she manages to sell it wholeheartedly and tie the entire enterprise together through the sheer power of her performance.

Unfortunately, the script is perhaps focused on her to the extent that there’s barely another true character in the film, more a series of competently-acted archetypes. Jeremy Renner does decent work playing, well, Jeremy Renner, as a charismatic and quippy physicist, but the rest of the cast gets very little to do, with Michael Stuhlbarg and Forest Whitaker playing different flavours of clichéd military men. Nobody puts in a bad performance by any means, but up against the depth of Adams’s performance, it’s clear to see that everyone else has very little to work with.

Despite these issues, however, the film is a success chiefly on the strength of its third act, which hits the audience with a staggeringly ambitious late revelation that forces one to fundamentally reconsider everything you’ve seen so far. A lot of what appears to be cliché in earlier sections of the film proves to be deconstructed by the perspective of the third act. The way in which Villeneuve presents these ideas is excellent too, never patronising the audience with an exposition dump but allowing us to piece the reality together ourselves – thanks largely to fantastic editing work by Joe Walker of 12 Years a Slave fame.

Looking at the film as a whole is perhaps kinder to Arrival than its individual parts. Although elements of the script and its characters may prove disappointing, it’s a poignant and fascinating experience that proves Villeneuve’s range, and will benefit from repeat viewings and interpretations.