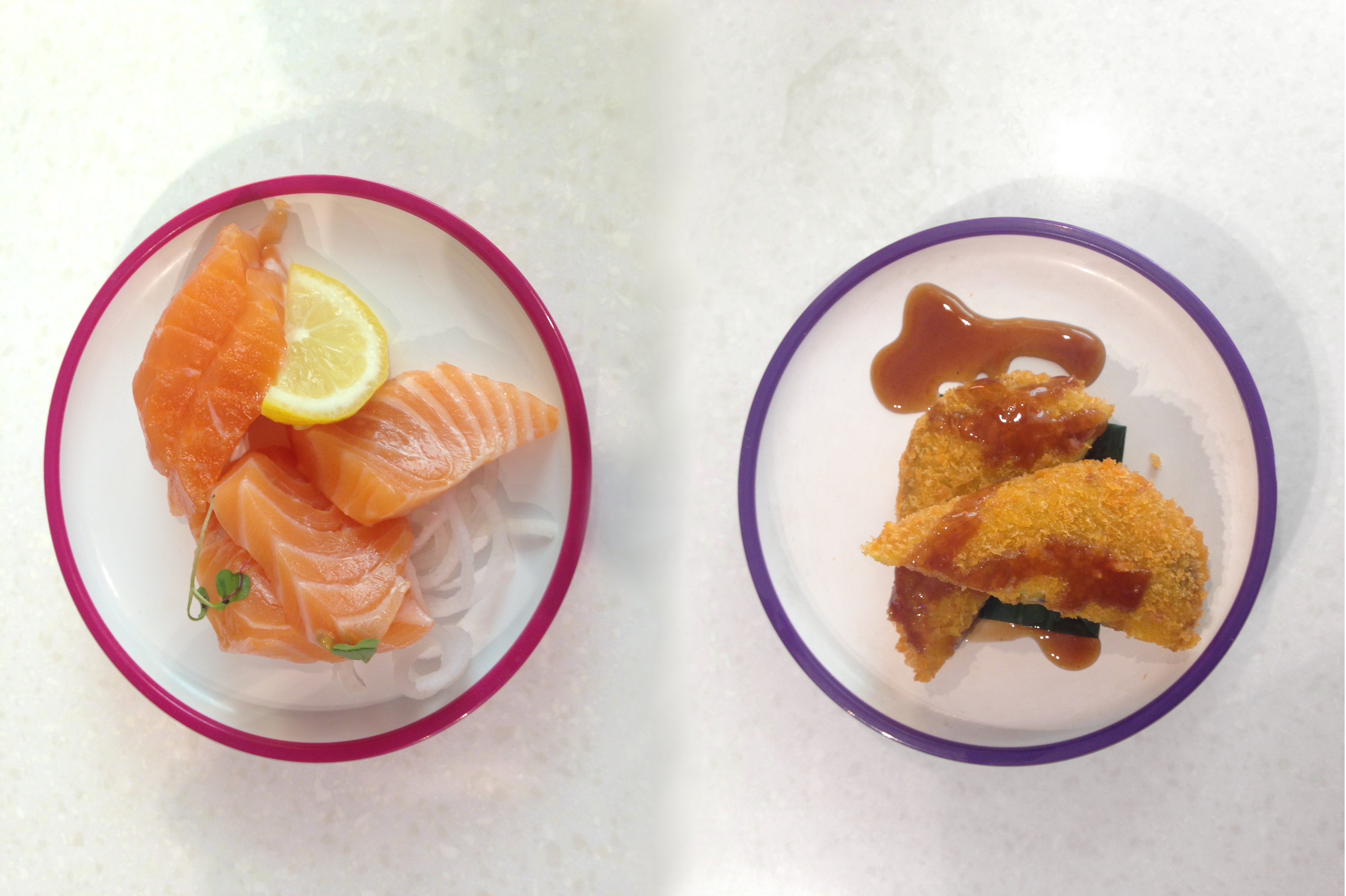 UK First as ‘Shuttle’ Waiter is Launched at Oxford Yo! Sushi

Offered a complimentary meal at Oxford’s freshly refurbished George Street location, our editors headed down to check out what the new Yo! had to offer.

If the conveyor belt is to sushi what the M25 is to commuting, then Yo!’s new Shuttle system is the bullet train. The bright orange contraption, currently unique to Oxford in the UK, follows a head-height track around the restaurant, delivering hot food straight to tables from the central kitchen space and prompting us to relive carefree hours spent sat around a Scalextric track (and the manager was quick to reassure us that adult customers enjoy it just as much as the children).

That’s not to say that we were immediately au fait with our new, orange overlord. Three out of five dishes were delivered on the Shuttle, one was brought by hand and another appeared expectantly on the conveyor belt for us to collect. This erratic system of delivery was not entirely explained, and left our gyoza rather tepid by the time they’d done several laps of the ring road. While the novelty of the conveyor belt system never fails to entertain, it is also fatal for those unable to wait patiently for their ordered food, the temptation of a constant cavalcade of brightly-coloured dishes within arm’s length proving irresistible.

We succumbed to a passing plate of inari as our salmon sashimi arrived. The fish was excellent: tender and flavourful, it paired very well with the pickled ginger we found in a jar on the table. The inari, rice rolls coated in fried bean curd, were cold and rather tasteless, and the soggy, sticky texture overwhelmed any subtleties in taste. We quickly moved onto the pumpkin katsu: in British brunch terms, these are essentially pumpkin hash browns with tonkatsu sauce, a brown, tangy condiment. The hot savoury-sweet delight of the pumpkin proved too much, and we were forced to completely disregard the spirit of reviewing and order the dish a second time. The vegetable kakiage – onion and carrot strips fried in batter – was pleasingly sweet, if a little underdone, since it arrived a little cool and a little floury. Meanwhile the vegetable gyoza, although temporarily mislaid on the conveyor, turned out to be crunchy dumplings that paired very well with the accompanying, vinegary dipping sauce.

If the conveyor belt is to sushi what the M25 is to commuting, then Yo!’s new Shuttle system is the bullet train.

There was also soy sauce and wasabi at hand, though, as our booth was well equipped with cutlery and condiments, and offered a good view of the open-plan kitchen. Upon (somewhat messy) investigation, two tabletop taps produced still and sparkling water. Not that getting the attention of the staff was a problem: thanks to a help button built into the counter we had little difficulty ordering drinks or further pumpkin katsu. And with unlimited refills, the green tea served in neat, handle-less mugs was never in short supply.

Around us, a clean, monochrome theme had largely replaced the loud, orange branding that has come to be associated with the chain: exposed metal fittings gleamed, backlit fittings illuminated a series of Japanese streets and a myriad of sleek lampshades hung over the tables. From the kitchen in the centre of the room, the hiss of cooking fat and the crisp scent of fresh ginger gradually filled the air, tempered occasionally by the whirring of the Shuttle.

Having watched a selection of desserts roll past us for half an hour, we eventually ventured for a plate of the custard dorayaki, served with a raspberry sauce. Somewhere between a light sponge and a pancake, the sweet cake and custard filling were well balanced by a fairly sour sauce. The arrival of more tea rounded the meal off nicely.

By all accounts, we ate well at Yo! – although to what extent our enjoyment was fuelled by the novelty of the various technological escapades taking place around us remains uncertain. The majority of the food was well-prepared, albeit served in fairly small portions which can all too easily accumulate in price, and the staff were helpful and efficient. The refurbishment will certainly help convince those put off by gaudier colours, and the new technology will surely elicit a smile from even the surliest of sushi eaters. In a city with no shortage of Japanese restaurants, Yo! Sushi merits a visit, even if just to experience the joy of the Shuttle.