Termed by its directors, somewhat shockingly, as ‘a comedy about child murder’, I was dubious to see how ‘The Pillowman’ would pull off such a seemingly impossible genre. However, any concerns I had were immediately dispelled in the opening scene of the play: an arresting pre-set features Katurian (Lillian Bornstein) alone and blindfolded in police custody, yet at the entrance of the two police officers, Ariel and Tupolski she is ridiculed for not taking the blindfold off, an accessory deemed by Ariel to look ‘stupid’. It is anti-climactic moments such as this on which the comedy of the play depends. The bathetic cynicism of Martin MacDonagh’s original script is cleverly drawn out by the creative dexterity of co-directors Will Cowie and John Maier, creating a play which promises to confound expectations.

The script has been approached thoughtfully and artistically by the production team, who have deployed a variety of mediums in order to convey Katurian’s chilling stories in an engaging and striking manner. Eve Finnie’s beautifully crafted fairy-tale puppets perfectly strike the balance on which the stories within the plot hinge, moving between the childlike and the grotesque, suggesting an innocence which is continually undermined through the sinister nature of the tales. They are handled well by a competent stage team, and create a twisted world of shadow puppetry in which nothing is quite what it seems.

Cowie and Maier have set the drama within an alternate cold war scenario, complete with the surf music of 1960s America. Songs from bands such as the Beach Boys and The Cordettes’ ‘Mr Sandman’ become chilling and menacing in the concept into which they are transplanted, in juxtaposition to the tragic brutality of the plot. The passion and enthusiasm with which the directors have approached the task of staging ‘The Pillowman’ becomes immediately apparent when they speak about the play; each decision appears to have been well-thought out within the aesthetic, working to capture the post-modern cynicism of the writing. The decision to cast gender-blind has also worked in their favour; Lilian Bornstein brings an impressive duality to the character of Katurian, artfully capturing the complex variety of emotions within his different relationships. The small cast of four work together well – even in the short scenes I see the dynamic between the characters is intensely believable, and scenes of physical aggression and violence are convincingly performed.

Even as one of two audience members during the preview, it is immediately apparent that the Pilch is the correct venue for this performance. The small and immersive space of the black box theatre helps to create the claustrophobically intense atmosphere on which so much of the drama of ‘The Pillowman’ depends. The set is stark and minimalistic, and the traverse seating arrangement positions the audience provocatively close to the action on stage – there is nowhere for spectators to hide.

If you have time during eighth week to fit in one more piece of Oxford drama, ‘The Pillowman’ looks to be a good choice, with its promise of a confrontational and daring performance, challenging the expectations of both genre and subject matter. 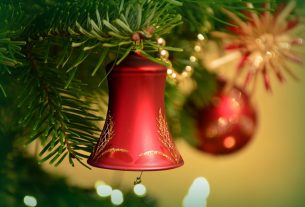 The meaning of Christmas (movies)