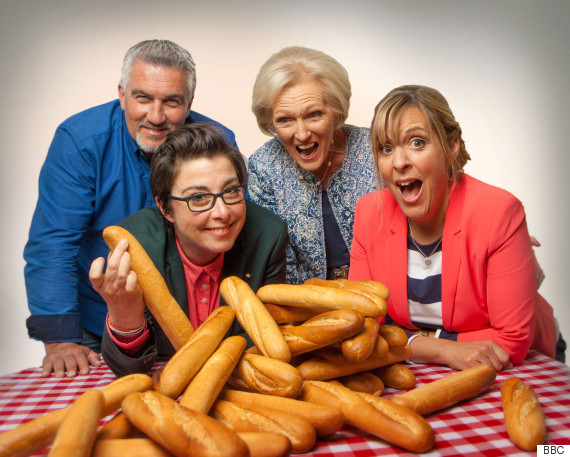 The Great British Bake Off may have ended, but the love for contestant Selasi Gbormittah definitely hasn’t. Despite coming fourth, Selasi made TV (and internet) fame, and has now over a hundred thousand followers on Instagram. I spoke to Selasi over the phone about the Bake-Off, Dampfnudels and motorbikes.

Selasi’s love for baking started at university. “I’ve always been a kitchen kinda guy” he said, “I’ve always you know, been in the kitchen doing stuff, cooking”. But it wasn’t until university that Selasi picked up baking from one of his closest friends. “It came to me in the later part of my life I guess”, adding “I’m not saying I’m old!”. He’s now been baking for over 8 years, though still thinks he lacks experience. “I wouldn’t say experience. I’ve improved a lot since I started baking, cause’ I use to make some rubbish stuff”.

I asked whether he thought excellent baking abilities came from natural talent, or could be learned. Selasi said, “for some it is a natural talent”, but that “you can definitely learn it … the fun thing about it is that you can add your own twist, so as long as you know the basics of other than making a pie or sponge, you can apply it to pretty much any other cake or sponge and add you own twist to it”. Selasi thinks fear puts people off baking. “I think a lot of people fear the whole science about baking you know, and to be honest with you, I still don’t get it”. As long as you enjoy it, for Selasi that’s what matters.

This casual attitude made Selasi famous on Bake-Off, with memes going crazy for his ‘chillness’. Asked on how he remained just so chill, Selasi replied “I’m not too sure actually! Naturally, I’m quite a chill guy, I’d say I have a positive outlook on life, so you know I don’t need to stress about things, for example things outside my control.” Selasi described how he only concerned himself with tasks he could control, the rest he let go. “I kinda believe that everything happens for a reason, and there’s always something to be led from it, so I don’t stress about my baking”.

That’s not to say the Bake-Off tent wasn’t a stressful place. Selasi added, “I can understand why people cry, although I don’t why they would be crying, everyone handles things in their own way”. Selasi embraced his chill style and said “I kinda bake to my pace, I don’t rush, I take my time to execute it well. I think that’s why in the tent it was a challenge because they give you 2 hours, and at my pace, 2 hours isn’t enough for me”.

Selasi’s style was also renowned for its simplicity. On his favourite bake of all time, in or outside of the Bake-Off tent, Selasi named a chocolate torte, because as he described, its “simple but effective. He commented that, “it’s quite simple looking, and kinda I like simple bakes. Some people try to bake difficult stuff and it may work it may not … but I’d probably prefer to bake something quite simple, yet effective”. Selasi’s favourite torte would be as he described, sponge with apricot jam and chocolate ganache.

The Great British Bake-Off saw a myriad of strange and odd bakery delights. Discussing the weirdest bake, Selasi admitted he loved the German Dumpling recipe for Dampfnudels. “I really enjoyed that one … I thought it was really nice really, I know it was steamed, but it tasted amazing. If you can bake, try and get the recipe off Paul Hollywood’s book”. For Selasi though, the dumplings weren’t weird enough. He instead chose the strangest Bake-Off bake to be Tudor week’s Jumble biscuits, and Marjolaines, the complicated French rectangular gateau in 7th week.

When I asked him the toughest question of them all, to choose between Mary and Paul, Selasi couldn’t decide. “I’m going to have to go with both of them”, he said. “I learned a lot from both of them. Mary I guess is known as the queen of cakes, and Paul the king of bread and pastry, they all have different techniques and approaches to baking”. He added that, “I got on with Paul over biking, so we had a common interest, and with Mary a common interest in terms of baking”.

Selasi described the show as “a very stressful place” but at the same time, thoroughly enjoyable. Commenting on the media and attention from the Bake-Off, Selasi said “I’ve been, I guess quite lucky, and I’m very humbled and overwhelmed by the attention and publicity”. He attributed the attention to the success of Bake-Off, saying “everybody loves cakes so, it’s says a lot about the show”. Describing this new Instagram fame, he said that, “I have enjoyed it and it’s nice to know a lot of people love what I love, like baking or anything else I post about like motor-biking”.

In his spare time, Selasi does “a lot”. Besides the endless baking, Selasi said “I do a lot of motor-biking as well. I’ve got to live in London, but any chance I get, I get out and go on a country road somewhere with my friends.” Selasi drives a Kawasaki Ninja ZX6R, as shown on his Instagram photo, and also said he likes to travel a lot.

These hobbies have also shaped his future plans. Selasi has plans for a motorbike trip around Europe next year and said, “the plan is to stay along the way and eat along the way, whichever comes first”. He also has hopes for opening a bakery in London, but commentated that “there’s a lot of planning to go towards that”.

Finally, I asked what advice Selasi has for wannabe bakers. He encouraged people to “enjoy it and don’t take anything personal in terms of baking. Don’t think your rubbish after something goes wrong”. For Selasi, fun is the focus of baking. “Just enjoy it, add your own twist to it and eventually you’ll get really good at it”.