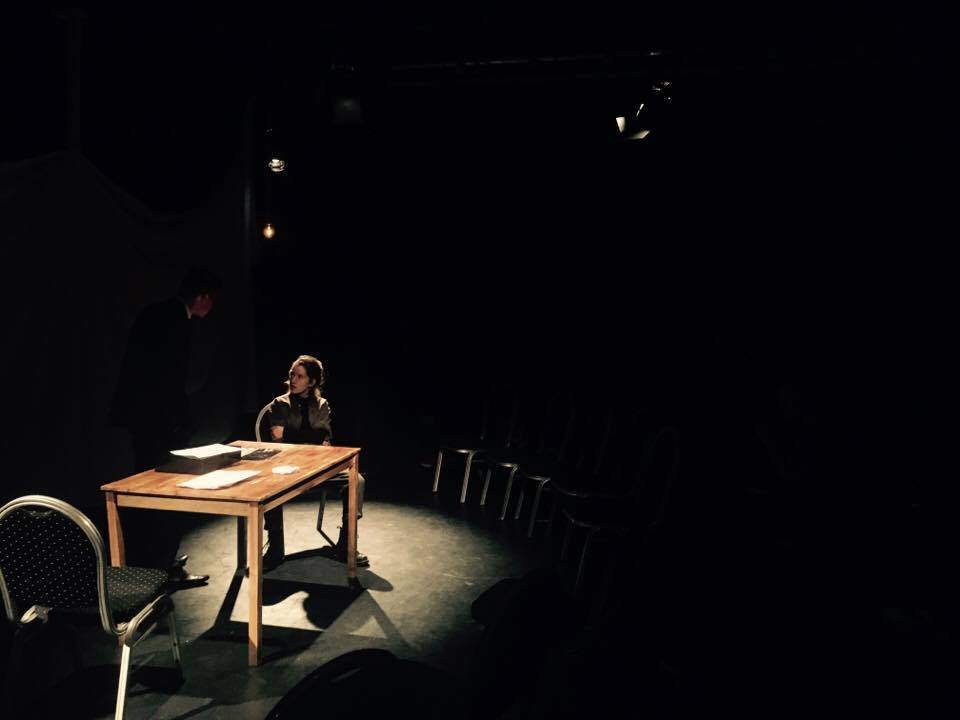 After an enthusing experience at the preview for ‘The Pillowman’ on Sunday, I was excited to see whether the production would live up to its promises. In its full length, Macdonagh’s script is intense and dialogue heavy. At times the actors failed to capture the moments of humour within the language and the performance became laboured. The opening is slow and occasionally dull, relying upon the interactions of Katurian and the two police officers, in a series of conversations which often miss the mark in their attempts at witty cynicism. The pace picks up, however, towards the interval and in the second half, but at two and a half hours long it is a production which would have benefited from an abridged version of the script.

Transitions between scenes were clunky, taking a painfully long time when props were carried on and off stage. Due to this slowness the lights were sometimes brought up too soon, awkwardly revealing the stagehands. Technical ineptitude interrupted the intensity of the performance, introducing more bathos than was ever intended by McDonagh’s script. This clumsiness damaged the creative endeavours of the production – the use of puppetry to narrate one of Katurian’s stories is an inspired idea, and Eve Finnie’s beautifully crafted puppets capture the balance between childlike naivety and horror on which the play depends. However, they were poorly managed and the illusion is shattered by the visible and audible movements of the puppeteers.

Clumsiness damaged the creative endeavours of the production

Fortunately, there were moments of creative insight that were executed well – the use of TV animation to present another of the stories at the opening of the second act is a brilliant way to re-engage the audience after the interval. It allowed the brutality and horror of the story of ‘the little Jesus girl’ to make a more intense impression upon the audience than could be created purely through narration. Other moments which stand out were the episodes of physical violence; it is clear that strong direction has been given for these scenes, making them more credible than many which appear in student theatre.

The relationships between the characters were played out well by the strong cast of four. Particularly brilliant, and the standout performance of the production, is Christopher Page as Michael. Page insightfully captured his character’s childlike innocence, both vocally and physically, in a thoughtful and non-patronising portrayal of a mentally disabled character. His tender naivety was moving, particularly in his relationship with his brother to which Katurian (Lilian Bornstein) repsonds well, rendering Michael’s death an understandable, yet tragic, necessity.

Overall, this production had potential but failed to execute the creative vision towards which it was striving. The direction of Will Cowie and John Maier is ambitious and well thought-out, but it was let down through a failure to take things far enough. Moments of brilliance do peek out, but only between long periods of simplistic technical design and performance.