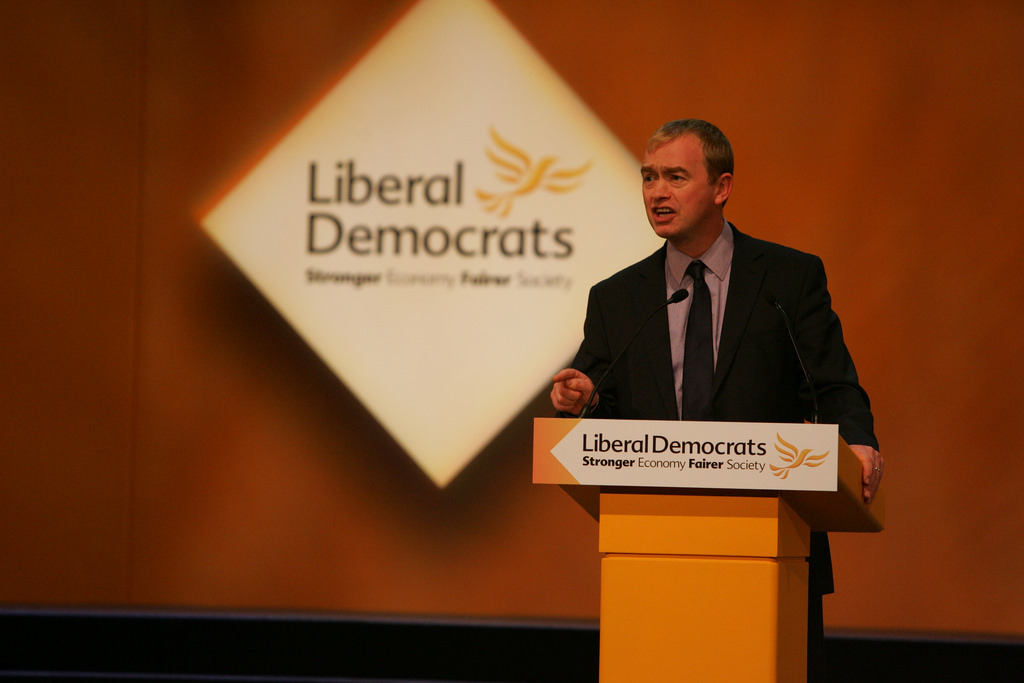 Yes, Sarah Olney has done it. She has increased the number of Lib Dem MPs by 12.5% and become the party’s one-and-only female MP. Tim Farron is keen to make the most of this most public moment of Lib Dem success since Clegg’s first TV debate in 2010. Olney’s destruction of a 23,000 vote Tory majority shows there’s life in the old dog yet. Except there isn’t. Well not much. The dog is most certainly still on life support.

Most political pundits expect that the 2015 election was the bottom of the trough; the worst things will be for the Lib Dems, and then we will witness a gradual recovery in future elections. That is, after all, how the Lib Dems got to their 2010 number of seats. They steadily grew from having 20 seats in 1992 to holding the balance of power during the 2010 Hung Parliament. The 2015 election was seen as undoing 20 years of hard graft. But they will likely recover in the same way; a slow, gradual recovery over the next few election cycles.

The Richmond Park by-election doesn’t conform to this rule. But then few by-elections do. The Richmond by-election is not an isolated success story for the Lib Dems. A flick through the Britain Elects Twitter account reveals the recent successes of the Lib Dems in council by-elections. They are frequently increasing their vote share from the last election by 10-25%. But by-elections are not a good way to judge the public mood, particularly when it comes to the Lib Dems. The Lib Dems are well-versed in them because they have a central membership more committed than most. They know their individual contributions account for a lot more than they do for Labour or the Tories. So when by-elections occur, they are willing to descend on any part of the country.

Some predictions suggest there was one Lib Dem volunteer in Richmond for every 100 people. In the Witney by-election, it seemed they had booked out every spare bed available in Oxfordshire. In essence, the Lib Dems take by-elections more seriously than most other parties, because it can greatly increase their number of representatives. Furthermore, the Lib Dems have often struggled to compete on the national message; their midway between the Tories and Labour means they have few radical policies to offer or grab headlines. But by-elections offer something different. As they are outside the national election cycle, they can fight on more local issues as opposed to national ones, something that is more favourable to the Lib Dems. And seeing as by-elections are outside the election cycle, all their resources can go into that one election, not being spread across the country. Thus, by-elections don’t offer an accurate representation of the nation’s feelings towards the Lib Dems.

By-elections are not a good way to judge the public mood, particularly when it comes to the Lib Dems

One only has to look at national polling to see that Richmond might not be an accurate representation of the national mood. In these polls the Lib Dems continue to sit around the 7-9% mark, behind UKIP. Their share has changed little since last years election. Richmond, however, was an example of putting all your eggs in one basket, something they would not be able to do at a national election where their small number of committed volunteers would be far more disparately spread.

Furthermore, whilst Farron and Olney claim this win is a rejection of Brexit and the Tories, they purposefully overlook the rare conditions, unique to Richmond Park, that make it unrepresentative of the national mood. It is one of the richest constituencies in the country. 72% of people in Richmond voted to Remain, far higher than most parts of the country. The constituency is also far more politically engaged than the average. Turnout for elections is far higher than the average in elections; regularly receiving a turnout of 72+%.

Furthermore, the Lib Dems have actively ignored the history of the seat. Since its creation in 1997, Richmond Park has always had a Liberal Democrat MP except between 2010-2016. The Conservatives up until 2010 had always been 4-5,000 votes behind the Lib Dems. The 2010 election saw Goldsmith take the seat, however, with a modest 4,000 vote majority. Thus the best description of the Richmond electorate is that they are largely liberal Tories. And they more actively judge the situation than in other constituencies. But their views on two major issues are counter to the country at large; they support remaining in the EU and oppose Heathrow expansion. All of this shows that this win is not as phenomenal or nationally important as Farron and Olney would like us to believe.

But it’s no surprise they’re bigging up this win. It has blown new life into the party, showing that they can win elections and aren’t dead in the water. LDHQ will be celebrating as if they won a general election. Yet the national polls continue to paint a different picture; one of a largely forgotten party. I do expect the Liberal Democrats to win more seats at the next election, but I doubt it will be many. By then we will be out of the EU and a policy to take us back in will seem foolish. They will still struggle to provide a stand-out message. So yes, the Party does have something to celebrate, but this by-election is a poor indicator of the national mood. Goldsmith didn’t have the Tory machine behind him, relying on a team of independent volunteers to back him up. This seat will be a Tory target seat in 2020, and they can probably win it back. If Olney’s TalkRadio interview is anything to go by, she’ll be gone by the time we’re out of the EU.