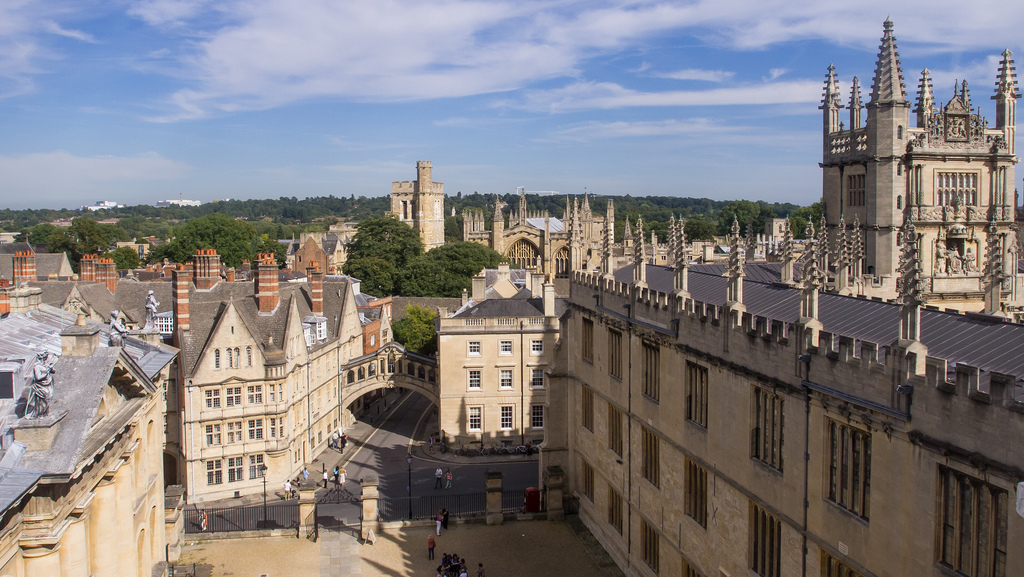 The Mail on Sunday reported last weekend that academics at the University of Oxford are being offered counselling to ensure their wellbeing during potentially traumatic research:

“Now Oxford shields its ‘snowflake’ professors,” wrote Jonathan Petre, with all the sympathy of a sadistic P.E. teacher on a particularly frosty day, “so they can avoid being traumatised by their research.” Ignoring for a moment the implication that this is a pervasive phenomenon, the University clearly isn’t “shielding” its researchers so much as providing support to anyone who requests it. As the Mail itself recognised, “trauma workshops were open to anyone who might need them”.

There are indeed support systems in place in the University for those who have been affected by their studies, just as there is also assistance available for any staff or students dealing with personal or emotional problems. A spokesperson cited the “duty of care towards our students and staff”, as well as the priority of their “health and wellbeing”.

The article continued: “Critics say the move is the latest example of pandering to the emotionally delicate ‘snowflake generation’ who are over-sensitive to difficult situations.” I scrolled expecting to find out which critics exactly had taken issue with an entire generation of academics, but this was not explained. Neither Professor Frank Furedi of Kent University nor Professor Alan Smithers of Buckingham University, both cited by the Mail on Sunday, seemed to imply this.

Warping aspects of Oxford University life seems to have become routine, as though accusations concerning an institution known for its eccentricities are immune from any kind of fact-checking or judgement.

In fact, the article neglects to mention that the sessions are targeted at a very small subset of researchers working with potentially distressing material. The spokesperson quoted by the Mail provided the example (absent in the article) of fieldwork in Bosnia, research into which entails studying the “brutal war, mass rape, ethnic expulsions and haphazard international peacebuilding” witnessed by the area. That the University should make available support services to all staff and students is surely a basic responsibility of an academic institution, and hardly “pandering to the emotionally delicate”.

And yet warping aspects of Oxford University life seems to have become routine, as though accusations concerning an institution known for its eccentricities are immune from any kind of fact-checking or judgement.

It isn’t clear what in particular prompted the author to launch their attack on University welfare provision now – the counselling courses in question have been running since October – but it came on the same day as another article written for the Mail Online which pointed out a recommendation by the University’s Equality and Diversity Unit to use academic titles like “Dr” and “Prof” over gender-specific “Mr” and “Mrs”. Curiously, the Mail even mentions this, the document in question was written in June 2013.

The University commented: “Their suggestions arose out of discussions about what was supportive for transgender staff and students, but also from a wider question about whether gendered titles such as Mr and Mrs were outdated as in the academic, collaborative working environment, first names are generally used and marital status is usually irrelevant.”

And yet the stories published over the weekend follow reports in the Sunday Times last week that Oxford University Student Union (OUSU) had distributed leaflets to students advising them to use the pronoun “ze” rather than “he” or “she”. It was soon revealed, however, that the story may have been based on “support materials” used by welfare representatives rather than officially distributed documents.

Indeed, OUSU released a statement denying having issued such leaflets: “As far as we’re aware, the information which has been published is incorrect. We have not produced a leaflet implying that all students must use ‘ze’ pronouns to refer to others, or indeed to themselves.” Nor have any images of the leaflets in question actually surfaced.

That such a non-event should have made national headlines is curious. That two pieces so lacking in substance or pertinence should follow in such quick succession, however, seems more than coincidental, especially when one concerns a policy implemented in October and the other relates to discussions from three years ago.

The link between the two stories was not lost on Grabthar from Poole, who noted in the comments section of Saturday’s first article: “Maybe they should stop fretting over ‘he’ and ‘she’ and ‘Mr’ and ‘Mrs’. Idiots!” Perhaps scrolling as far down as Grabthar from Poole was a mistake, but the mere existence of such comments suggests that it is these articles, and not the pieces correcting them, that are often remembered.

Oxford’s a strange place, and merits as much scrutiny as any other academic institution in the UK. To accuse it of promoting policies without verifying their source might simply be seen as irresponsible, then. To then publish discussions from several years ago or criticise Oxford for affording its staff and students too much by way of optional support networks, however, is just baffling.