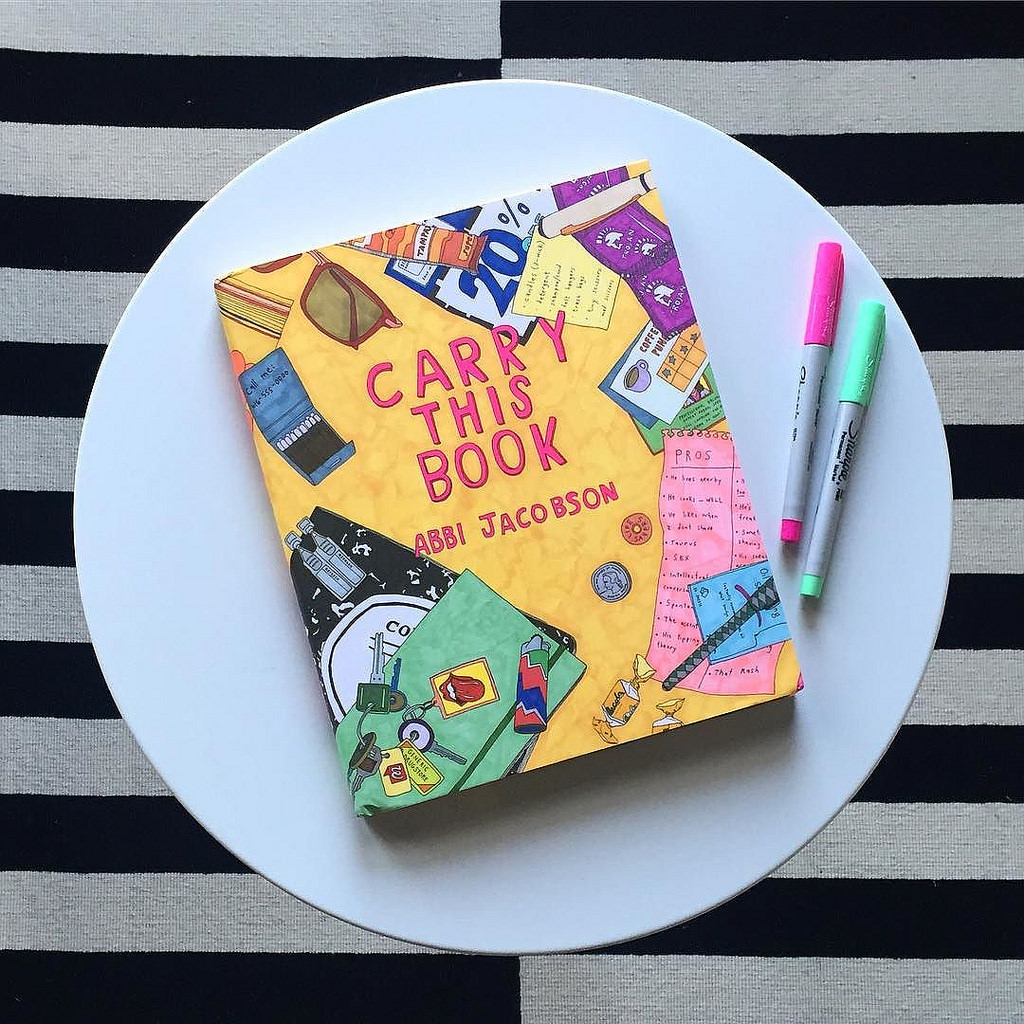 Carry This Book: Bringing Humor and Humanity to Icons

Carry This Book is an illustrated book that provides quirky and inventive answers to a question you did not even know you were asking. What do some of the biggest names in entertainment, politics, pop culture, history, and fiction carry in their bags? Author Abbi Jacobson—one of the creators, executive producers, and stars of Comedy Central’s Broad City—skillfully illustrates what she imagines is in the bags of the likes of Beyoncé, Sigmund Freud, Donald Trump, Batman, even God.

Jacobson writes a thoughtful, charming introduction to the work. In these few pages she frames this book as an exploration of sorts, a journey into what it means to carry the things we do. She describes the decisions we make about what goes in our bags as a way we “[curate] our worlds”. The topic is a surprisingly fascinating one the more you think about it. The decisions we make on what to carry with us can be telling—in small, quiet, laughable ways or in larger, more meaningful ways. The fact that someone carries mace with them may just be a precaution, a gift they got from an overprotective relative (an item they have since forgotten was even there), or may reflect some darker past encounter. Jacobson extrapolates from the public image of and known information about famous figures and distills these conclusions into the items in their imaginary bags.

The illustrations have the effect of being both humorous and humanizing. More fantastical details like Donald Trump’s XXXL-sized gloves and Kanye West’s 512GB USB drive coexist with more down to earth touches like Oprah’s friendship bracelet with Gale, Ruth Bader Ginsberg’s BeatsTM headphones, and Banksy’s Benjamin Moore receipts. Part of Jacobson’s project is to depict these icons as carrying items that make them either “people refreshingly interesting or refreshingly normal”, the former being the humor and the latter the humanity.

How is the audience meant to digest this book? In the introduction Jacobson describes it as a coffee table book, something interesting to “stumble upon”. Having experienced the book, I would recommend not trying to consume it all at once. Jacobson’s humor lures you to each subsequent page, but I suggest resisting the urge to rush to see what lies on the next page and instead take the time to experience the current illustration. This book reads like one that should be shared and talked about; pointing out particularly resonant parts of the images to your friends is a great conservation sparker. The drawings and conceptions of the people inside are rather topical, making it a book that will be interesting to look back on after some time has passed. In a year, two years, or five, imagine how our new perceptions of people like Kanye West, Hilary Clinton, Mahatma Gandhi, and Robert Durst could change what items we think they carry.

Overall, the light tone of the work leaves room for the audience to apply as much or as little imagination as they please. A cursory review of the work will elicit many fond smiles and light chuckles. A deeper reflection on the subject might just spark some thought in between the laughs.