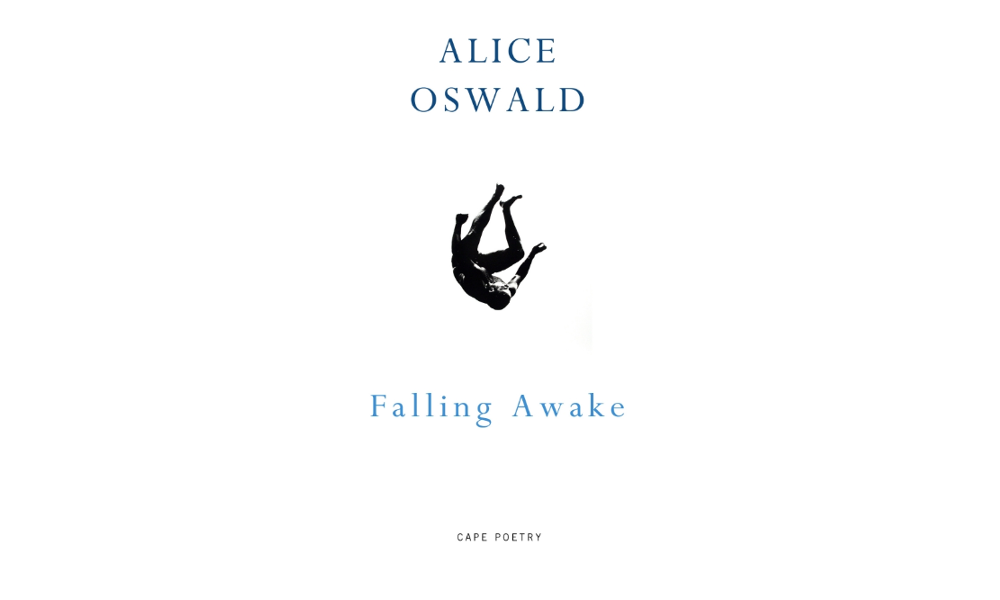 Shortlisted for the 2016 Forward Prize, Falling Awake – Alice Oswald’s latest poetry book – bears great expectations. The boasts of the blurb similarly place Oswald in the company of some of the greatest poets of recent times, with mentions of Heaney, Hughes, and Hill. However, even as it meets these expectations, Falling Awake shows that the most interesting side of Oswald is one which cannot benefit from comparison; for here we find an intriguing poet with a distinctive voice and an eye for those fascinating collisions between the ordinary and the poetic.

The most well-known poem in this collection is probably ‘Dunt: A Poem for a Dried Up River’, which won the Forward Prize for Best Single Poem in 2007. It is fitting, therefore, that this also happens to be one of the best, displaying Oswald’s precise control over the pace of a poem; the repetitions that segment the poem give it a lyrical, waltzing feel, complementing its crafted spontaneity, and leading to a rather poignant crescendo – ‘little loose end shorthand unrepresented / beautiful disused route to the sea / fish path with nearly no fish in’. These are lines that perfectly crown the poem; they express the beauty of the river’s dried up course and – with a dry and quiet humour – its rather pitiful present state.

The repetitions that segment the poem give it a lyrical, waltzing feel, complementing its crafted spontaneity

‘A Short Story of Falling’ similarly demonstrates Oswald’s ability to turn a memorable phrase, with each couplet pulling its weight against the next in this reflection upon the marvel of the rainfall and poetic inspiration. Not a word goes to waste, and, even as she reflects upon inspiration and stirs the main themes of the collection – well-worn aspects of the introductory poem which can easily be tedious – Oswald manages to prove the inside fold’s claim that these poems are ‘written to be read aloud’. Indeed, the first couplet alone deserves frequent repetition: ‘It is the story of the falling rain / to turn into a leaf and fall again’. As she does throughout this collection, Oswald takes a moment from nature’s daily course, and brings to it new excitement by bestowing upon it the gravity of meaning.

As with any poetry book, there is the occasional lapse. ‘Tithonus’, for instance, does not quite live up to the rest of the collection. It is a poem suffering from something of a lack of clarity; described as a ‘performance’ unfolding like a play before us (appropriate and effective in conjunction with the text), it is then clouded by the division of the page in two by a timeline and the seemingly bizarre cues for ‘Music’. I say clouded, because the poem seems to gain little in conceptual or descriptive terms from this device. Sure, it is fitting to have something like a timeline running alongside this retelling of Tithonus’ story, but to me this feels unnecessary and rather confusing. However, beneath this formal experiment – the success of which is bound to be debatable – there still lies an interesting poem; Tithonus’ degradation in aging is made vivid in a pathetic observation of what the dawn means to one at once its victim and its lover.

Of course, formal experimentation is one of those marmitey aspects of poetry, and we cannot discount Falling Awake on the basis of what is, perhaps inevitably, the debatable success of ‘Tithonus’. The fact remains that Oswald knows better than many how to manipulate the form and layout of a poem to achieve the desired effect. In contrast with ‘Tithonus’, ‘Aside’ makes use of a simple right alignment of the text to successfully recreate the claustrophobia of Oswald’s laurel-bush ‘Museum of Twilight’, and the detached arrangement of lines and verses in ‘Severed Head Floating Downriver’ impresses the prolonged torture of Orpheus’ fate and the physical movement of his head by controlling the pace and rhythm of our reading. As ‘Village’ shows, such first-person narratives are a strength of Oswald’s; in this infinitely intriguing story, made up as much of its omissions as the few vague and tantalisingly compounding details we are given, Oswald repeatedly creates nuanced and memorable characters in just a few lines (‘Thomas Lytch / / that’s him in the rain now / somebody with a tread like that / very chilblain slow with a lump on his toe’).

The fact remains that Oswald knows better than many how to manipulate the form and layout of a poem to achieve the desired effect.

And yet, for all of its clever effects and subtly-crafted narrators, I still get the impression that Falling Awake is distinguished particularly by the sheer brilliance of Oswald’s expression. Simple images are transformed by the perfect cadence, the perfect assonance to create an image: ‘a dead leaf fell, rigidly yellow and slow’. It is the mark of a truly skilled versifier that their greatest strength be the one that we might most expect in a poet, yet which is so rare – the ability to craft a verse that captures an image and elevates it by revealing its poetry.

Fiction: Tata and the Reaper