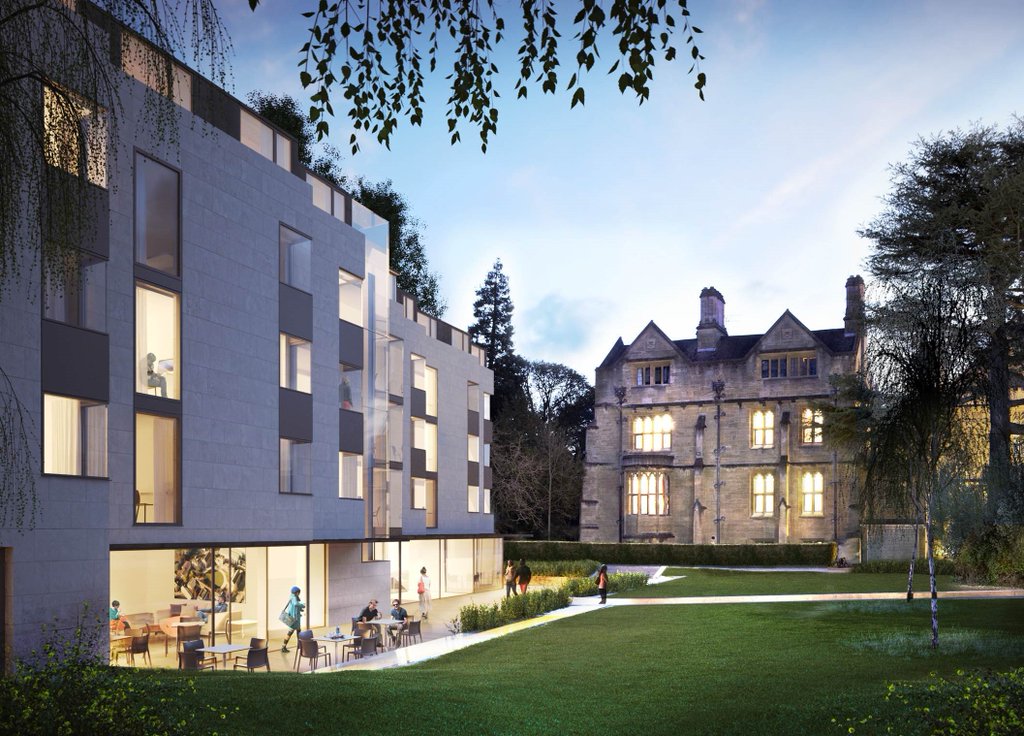 The Law Faculty of the University of Oxford has officially welcomed Justice Kate O’Regan as director of The Bonavero Institute of Human Rights. The institute, the building of which was completed in October 2016, is housed in the grounds of Mansfield college.

Baroness Helena Kennedy QC, the principal of Mansfield, led the project. The Institute was endowed by Yves Bonavero, who founded the A B Charitable Trust with his wife Anne, the mission of which is to “champion human dignity”.

Yves Bonavero, who attended Harris Manchester college from 1996 as a mature student, has had a varied career as businessman and novelist. His trust, which aims to support low profile causes, is entirely self-funded and consists of only eight trustees.

The Institute will form part of the Law Faculty and was made possible through the collaboration of Bonavero and Helena Kennedy. Bonavero recalls how they met through a mutual friend. Helena, he says, “mentioned she was trying to get [the Institute] off the ground but was finding it a bit difficult from the financial side.”

“I’m delighted it’s proved possible,” he continues and is clearly keen to support a cause that has interested him since his adolescence. “It’s something I never lost interest in. Abuses continue, progress is hard to discern and I still get upset.”

His aim for the institute is that it will become “the epicentre for all human rights work at the university”, not just another “academic research centre in its ivory tower – we want to make a real difference.”

Justice Kate O’Regan has been awarded by Oxford University, in addition to the position of Director, the title of Professor of Human Rights Law. She has had a long and varied career as a scholar, practitioner and judge. She spent fifteen years as a judge of the Constitutional Court of South Africa.

She aims to “foster open, civil and frank engagement with those working within the field of human rights.” As part of this collaborative aim, she spent last term engaging with colleagues in the Faculty of Law, teaching, and promoting the Institute’s aims alongside Baroness Kennedy.

Baroness Kennedy has been working towards the founding of the Institute since her arrival at Oxford. She states “The Rule of Law and the protection of human rights is fundamental to stable societies.”

“We only have to look at fragile legal systems around the world to see why law and independent lawyers and judges matter. On arriving at Oxford to be Principal at Mansfield, I knew this had to be the big goal – to leave behind an Institute of Human Rights in one of the greatest law faculties in the world.”

“We only have to look at fragile legal systems around the world to see why law and independent lawyers and judges matter.”

The donors, Mansfield College and those at the Law Faculty hope to see the Institute flourish under its new directorship. Professor Anne Davies, Dean of the Faculty of Law emphasised her delight at the opening of the Institute and said that “Oxford is now positioned as one of the top places in the world to study the important field of human rights law at an international, European and domestic level.”