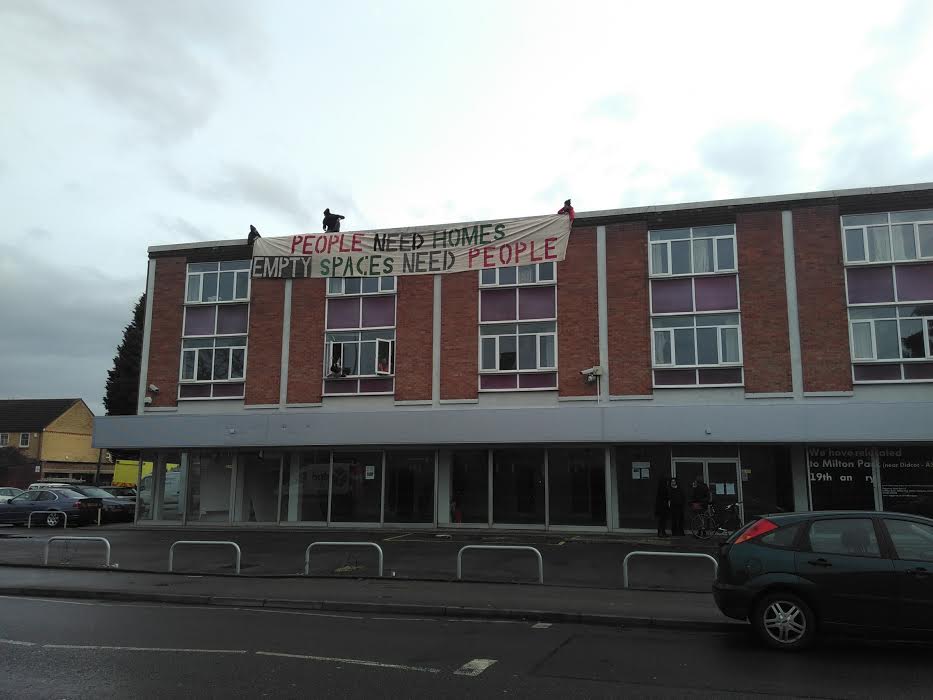 Wadham responded, stating that it is “investigating the ramifications of this move, with particular concern for the safety of those who are sleeping rough in an old and dilapidated building, including in areas that are not designed for residential use. The College will be making every effort to speak to representatives of this homeless group as well as local residents, safety experts and the site developers.”

Empty for two years, the building was opened by a group of students and residents on New Year’s Eve to provide temporary accommodation to rough sleepers in the city. Now the group, named Iffley Open House, is requesting that Wadham keep the building open for a further three months in the face of what it perceives as the “growing homelessness crisis”.

“The College will be making every effort to speak to representatives of this homeless group as well as local residents, safety experts and the site developers”

Sandra Philips, a member of the group, said:

“We have made a temporary home for some of the homeless and rough sleepers of Oxford because council cuts have forced the closure of night shelters and homeless people are dying on our streets. This building lies empty whilst hundreds are without a home or even a roof over their head. We all have an obligation to do what we can to help this situation, everyone is affected by the housing crisis in some way.”

With the closure of homeless shelters across the city, figures suggest that rough sleeping in Oxford has more than trebled in the past five years. In 2016, the closure of Lucy Faithful meant the loss of 61 beds, whilst 202 more spaces will disappear by the end of 2018 as Simon House and Julian Housing close their doors.

Neo, who has lived on the streets of Oxford for over 25 years, described his experiences at the new shelter:

“A group of us have been staying quietly at the Old VW garage since New Years Day. It’s been a roof over our heads and a break from the frost and rain. This space alone could house every homeless person in Oxford. It’s winter and so now is the time people on the streets need a safe, secure and dry space to help the most vulnerable. Having hot water, kitchen and toilets makes a big difference.”

Meanwhile, a petition has been launched to encourage the public to show support for the extension of the rough sleepers’ residence in the old garage. It suggests that other colleges and the University itself could lend assistance to the city’s homeless:

“Oxford University and colleges like Wadham own dozens of buildings across the city which lie empty, some of which have been empty for almost a decade, that could be repurposed as shelters, social housing and social spaces.”

“Oxford University and colleges like Wadham own dozens of buildings across the city which lie empty, some of which have been empty for almost a decade”

It cites the case of homeless residents in Manchester in October 2015, who occupied a building owned by footballers Ryan Giggs and Gary Neville, due to be renovated into a luxury hotel. The group was soon given permission to remain in the building over winter, prompting Manchester council also to offer buildings as temporary shelters for the homeless.

Iffley Open House claims that the garage is now being transformed into a welcoming shelter with sleeping spaces, kitchen, toilets and washing facilities. The group has also asked for help from volunteers to run the shelter and to donate tents and blankets.

The site was originally acquired by Wadham in 2015. Currently, the college’s long term plans for the site include demolishing the garage and replacing it with accommodation for 117 students. Those currently using the space claim that the temporary occupation will not affect these plans.

Wadham states that it is “particularly concerned about the problems of homelessness in Oxfordshire and to this end has a longstanding relationship with the Gatehouse homeless project. The College regularly fundraises for homeless organisations and donated much of the furniture from the Iffley Road site to a homeless charity.”

The petition can be found here.