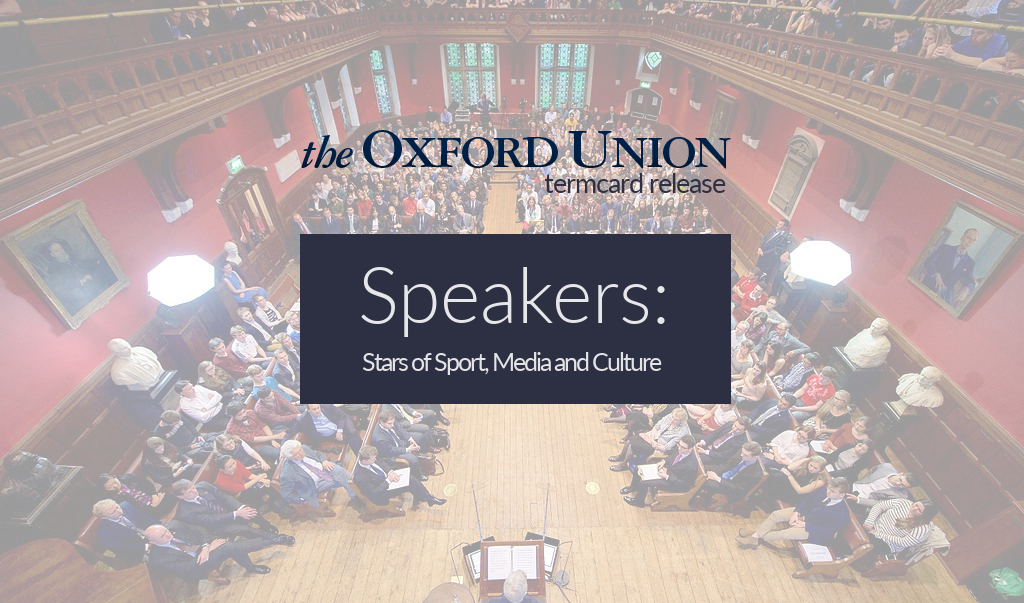 We’re very excited to announce exclusively the term card release for The Oxford Union’s speaker, debate and panel events this Hilary! Speaker names will continue to be released every night at 7pm, so keep an eye out. In the meantime, check out the website for running commentary on speakers by our editorial staff. If you just can’t wait, follow us on Twitter and Facebook for teaser quotes throughout the day!

Today we’re releasing this term’s speakers from the world of sport, media and culture. Names range from sporting star Greg Rutherford MBE, TED curator Chris Anderson and fashionista Anna Fendi, with more speakers being released tomorrow. Mark Gatiss, AKA Mycroft Holmes, is expected to be a popular speaker in 8th week, whilst Sean Bean, Lord of the Rings and Game of Thrones star, will no doubt attract large crowds. TBC dates for speakers will be announced in the following weeks. Without further ado: 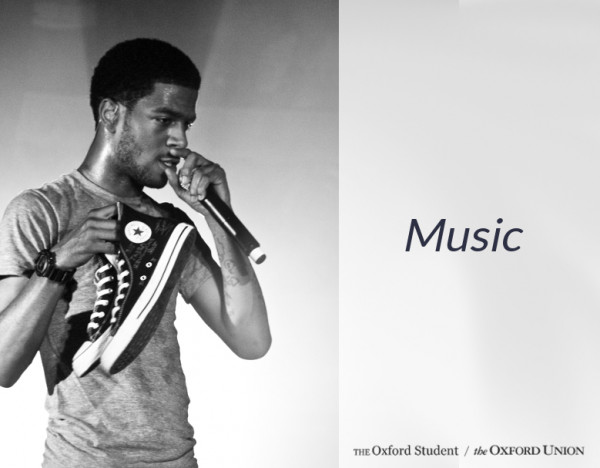 Jools Holland is a pianist, composer and television presenter, best known as the host of the BBC’s ‘Later… with Jools Holland’, a stalwart of BBC music programming featuring big names and upcoming artists. Holland was also a member of the band Squeeze, and has worked with Sting, Sir Tom Jones, Eric Clapton, Mark Knopfler, George Harrison, David Gilmour and Bono. (Tuesday 7 February, 1:00pm)

Zara Larsson hit the spotlight after winning the Swedish version of ‘Got Talent’ in 2008, before going global with ‘Never Forget You’. Other songs include ‘Lush Life’, and Larsson also featured on Tinie Tempah’s ‘Girls Like’ as well as ‘This One’s for You’ with David Guetta. Larsson is a vocal feminist, both in interviews and on social media, and a fervent activist. (6th week, Date TBC)

Postmodern Jukebox is a music group known for its vintage and swinging covers of modern music, founded by pianist Scott Bradlee in 2011. The group began as friends jamming in a basement in Queens, New York, since which they have achieved worldwide fame, with over 500 million YouTube views and 2 million subscribers, and a tour that included a lively Oxford date last year. They will be performing. (Wednesday 8 March, 5:00pm)

Kid Cudi: A grammy-winning musician, Cudi’s repertoire includes rapping, singing, songwriting and producing. Famous tracks include ‘All of the Lights’, ‘Pursuit of Happiness’ and ‘Day n’ Nite’, and 2016’s ‘Passion, Pain and Demon Slayin” featured collaborations with Travis Scott, André 3000 and Pharrell Williams. Cudi has also starred in How To Make It In America and One Tree Hill and collaborated with Bape. A committed philanthropist and Mental Health Ambassador with Erasing the Stigma Efforts, he has openly engaged with issues relating to misuse of alcohol and drugs. (Date TBC) 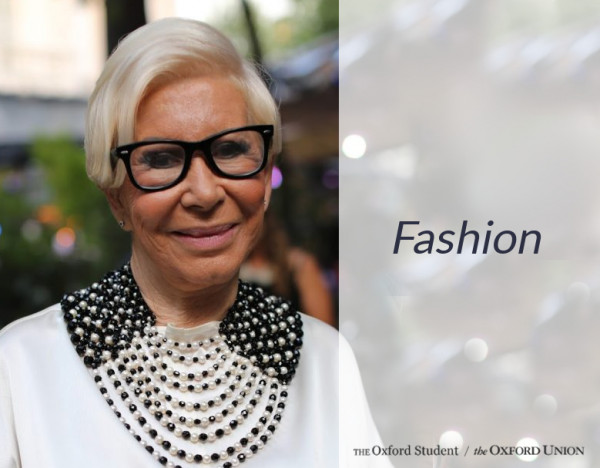 Anna Fendi: Working alongside her sisters, Anna Fendi led the Italian fashion house Fendi for 30 years, acting as creative coordinator and Head of Development for the company. In 1965, she began an extensive partnership with the designer Karl Lagerfeld, and in 2011 she became the first Italian woman to win the IWF Hall of Fame Award for her work promoting ‘made in Italy’ beauty. (Friday 20 January, 5:00pm)

Roberto Cavalli: A worldwide fashion icon, Cavalli is the founder of the Italian fashion house Roberto Cavalli. He is particularly noted for his exotic prints and sand-blasted jeans designs. Having started with textiles and leather as a student, he has since worked with an array of leading designers and models. Cindy Crawford said of him: “His clothes celebrate life. Italians know how to live, but Roberto takes it to another level.” (Thursday 9 March, 8:00pm) 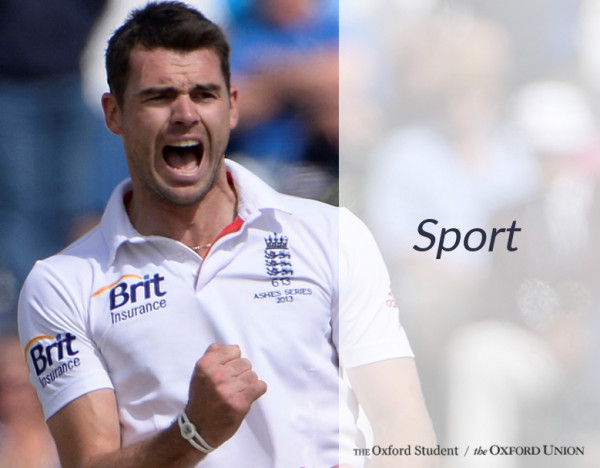 Greg Rutherford won gold at the 2012 Olympic Games, representing Britain in the long jump. Since becoming the youngest ever winner at the AAA Championships at just 18, and setting a British junior record in the process, he has succeeded in holding every available elite outdoor title, and he remains the current British record holder for his event. In 2015, Rutherford came top of the IAAF Diamond League rankings. (Wednesday 25 January, time TBC)

Ruud Gullit: Ranked #29 in the World Soccer 100 Greatest Players of All Time, the former Netherlands team captain won the European Championships in 1988. He won the Ballon D’Or in 1987 after transferring to AC Milan for a world record fee, and dedicated his award to the then imprisoned Nelson Mandela. Following a managerial career at Chelsea, Newcastle United and LA Galaxy, Gullit is now a presenter and pundit for BBC Sport. (Tuesday 7 February, 8:00pm)

Jimmy Anderson is a star of the English cricket team as England’s all-time highest international wicket-taker. Having made his debut for Lancashire aged 19 and taken 37 T20 wickets throughout his career, Anderson also became the first seamer to take 50 wickets against all other seven Major test playing nations. Thanks to his own menswear brand, Anderson has added entrepreneurship to his cricketing talents. (Monday 13 February, 5:00pm)

Carl Froch MBE is a four-time supermiddleweight World Champion. Between 2002 and 2014, he held the WBC title twice, the IBF title from 2012 to 2015 and the WBA (Unified) title from 2013 to 2015. He was voted Fighter of the Year by World Boxing News in 2012, and in 2013 was named Sportsman of the Year by GQ magazine. Following his retirement, he now works as a boxing analyst for Sky Sports. (Date TBC) 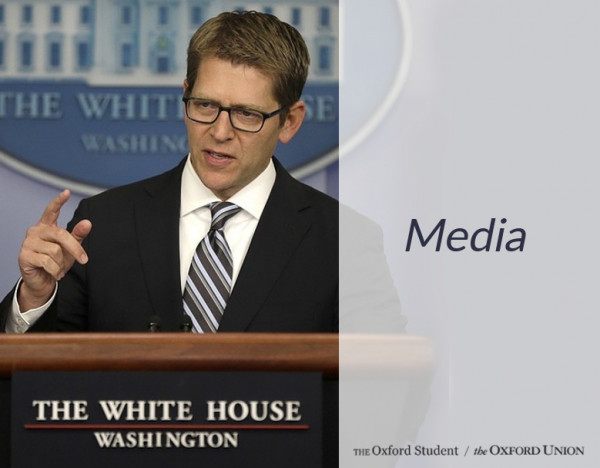 Chris Anderson is curator of TED, the organisation based around ideas and talks. TED has hosted speakers including Bill Clinton, Bill Gates and Bono, and tackled nearly every topic under the sun. With the tagline ‘ideas worth spreading’, TED capitalised on the viral and short-form nature of its videos and has since spawned the international, community driven TEDx talks. Anderson has worked as a journalist and publisher, and founded the games journalism site IGN. (Tuesday 21 February, 5:00pm)

Jay Carney: Senior Vice President at Amazon and formerly the 28th White House Press Secretary, Carney was President Obama’s media liaison between 2011 and 2014, responsible for the White House’s press briefings and fielding questions on behalf of the Administration. At Amazon, he has dealt with media relations and public policy. He previously worked as a reporter for the Miami Herald and Time, and has contributed on CNN. (8th week, TBC)

Tariq Ali is a writer, journalist and filmmaker whose first major political activism saw him opposing the military dictatorship in Pakistan. He is an ex-President of the Oxford Union, and debated against Henry Kissinger over the Vietnam War. He is also an outspoken critic of American foreign policy, the Israeli government and neoliberal economics. He has also contributed to The Guardian, CounterPunch, and the London Review of Books. (Tuesday 7 March, 5:00pm)

Naomi Wolf is a former political advisor to Bill Clinton and Al Gore, and the author of Give Me Liberty: A Handbook for American Revolutionaries and The Beauty Myth. She has written for The Nation, The Guardian and The Huffington Post, and in 2012 wrote Vagina: A New Biography. Following a degree from Yale University, she was a Rhodes Scholar at New College. (8th week, TBC) 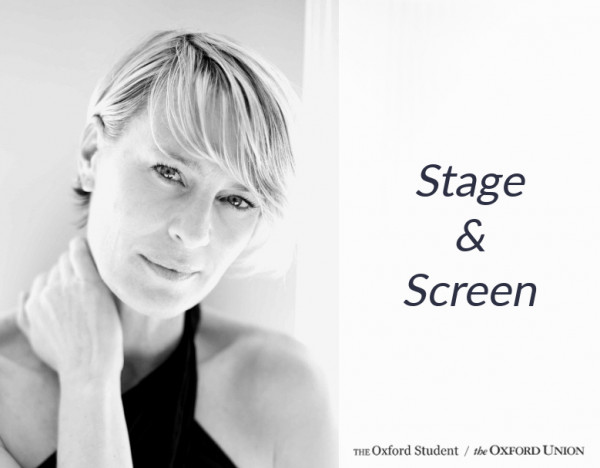 Armando Iannucci is a writer and producer, best known for BBC political satire The Thick of It. Having left University College with an MA in English Literature, Iannucci went on to collaborate with Chris Morris for On the Hour, during which time he and Steve Coogan created the Alan Partridge character. He also created American political satire, Veep. (Thursday 9 February, 5:00pm)

Sean Bean is one of Britain’ most well known actors, having played Alec Trevelyan in GoldenEye, Boromir in The Lord of the Rings, and Ned Stark in Game of Thrones, amongst many other roles. In 2013, he won best actor at the Royal Television Society awards and an International Emmy Award for his role in Accused. (7th week, TBC)

AnnaLynne McCord played Naomi Clark in 90210 and Eden Lord on Nip/Tuck, and more recently starred in Excision. In 2014, she made public how a male friend sexually assaulted her when she was 18, and in 2015 announced her involvement with the anti-domestic abuse project, the No More Campaign. As Goodwill Ambassador for the New Somaly Fund, she endeavours to empower women victimized by human-trafficking and sexualized violence. (Monday 27 February, 5:00pm)

Mark Gatiss is a writer, producer and actor, best known for his work for Doctor Who and as the co-creator and executive producer of the critically acclaimed Sherlock. A member of comedy group The League of Gentlemen, the eponymous radio and television shows won Gatiss and his colleagues several awards. Other acting roles include Stephen Gardiner in Wolf Hall and as Tycho Nestoris in Game of Thrones. (8th week, TBC)

Robin Wright is an actor, director and activist. She has starred in a number of acclaimed film including The Princess Bride, Forrest Gump, Moneyball, and The Girl with the Dragon Tattoo. She currently stars as Claire Underwood in the Netflix series House of Cards, a role which earnt her the 2014 Golden Globe for Best Actress in a Television Series Drama, making her the first actress to win a Golden Globe for an online-only series. She will be discussing her involvement with the #StandWithCongo Campaign. (Date TBC)

Katrina Kaif is one of the highest-paid actresses and models in Bollywood. She is best known for Ek Tha Tiger and Dhoom 3, two of the most successful films in the industry. As part of her modelling career, she has worked with Coca-Cola, LG and Blackberry. Kaif is also involved with her mother’s charitable trust, Relief Projects India, which aims to improve the rights of women and children in India. (Date TBC)

Jeremy Irons: is one of the most successful actors in the world, winner of an Academy Award and multiple Golden Globes. He made his Broadway debut in 1984, for which he received a Tony Award, whilst his first Emmy in 1997 secured the hallowed “Triple Crown of Acting”. More recently he has starred as Alfred Pennyworth in the DC Extended Universe and Pope Alexander VI in the series The Borgias. (Date TBC)

A lively social calendar is also planned for Hilary. Socials include:

Speakeasy Social – Tuesday 24th January, 8:00pm – A night of moonshine cocktails, exotic fruit snacks and a decadent chocolate fountain, all in the theme of the Prohibition Era. Dress code is Black Tie, tickets £13 for members, £16 for guests.

Wine and Cheese Tasting Social – Tuesday 21st February, 8:30pm – Taste wine and cheese from around the world at the Oxford Union’s own Wine and Cheese event. Dress code is Black Tie.

Pub Quizzes – Tuesday 24th January, Wednesday 15th February, Tuesday 28th February – Difficult but worth it, as this term there will be £100 in cash for the winning team and a range of prizes for the runners up and for round winners. All quizzes will start at 9:15pm.

Thus concludes our first release of speakers at the Oxford Union this term. Keep an eye on the Oxford Student tomorrow for the final part of the Hilary Union Termcard Release, as well as the print edition available this Friday.