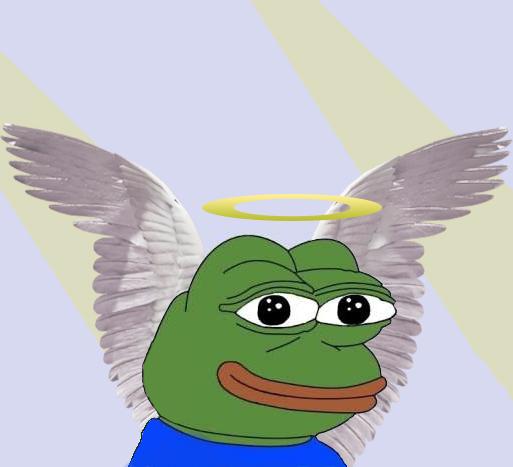 2016 was a pretty rough year, we all know, we were there. The idea of an ever-more liberal society where inequality and hatred are on a permanent downward trend has taken some nasty hits. Years to come will be spent by historians trying to interpret “the events”, the academic version of a group chat trying to figure out how the night went so, so wrong the next morning.

Fear not, however, for this article is not about such things. This is an article about the small ways in which people work to resist the unending cynicism of this mortal life, and the poor decisions of large, abstract groups of people. This is an article about clean sheets and a well-balanced breakfast, perhaps involving an avocado. This is 2017, and we are going to start it feeling confident, refreshed and–wholesome.

This is also about memes. Honestly, writing about memes is the mainstream craze now.

Classically, the meme is not a wholesome form of communication. You might have thought in the past of memes as having a limited number of emotional currencies, the medium relegated to crippling self-deprecation, and incredibly specific variations on major political ideologies. When sweet, precious Pepe was adopted by the Neo-Nazis (sorry, the “Alt-right”), I have to say, the very idea of a Wholesome Meme was dead in my heart and soul. It was the feeling with which a fellow election-watcher, on seeing the results for Wisconsin, produced his hip flask and drank mightily of the absinthe therein.

But I lacked faith. The Wholesome (think of it like the Gothic, or the Absurd) is ascendant, and nothing can resist its warm, sunny rays.

‘Wholesome Memes’, ‘Wholesome Memes for Over-Earnest Teens’, or, its sibling, ‘Wholesome Memes for Well-Behaved Teens’, are only a few of your options for post-ironic-picture-and-caption-based content. Apparently, the ‘Wholesome Leftist Discourse Group’ is also a thing. Often, the memes directly re-interpret their near ancestors, previous text scribbled out or overlaid with new, positive vibes in a positive, bolded typeface. The exhortations are to care for ourselves, our friends, and the world at large. The upper-case is still banned.

Yes, you heard it here first, the Wholesome Meme is a political project.

Where does this message fit into our recent, vaguely-authoritarian zeitgeist? I find an example in an image of the depressingly iconic ‘Make America Great Again’ baseball cap, the slogan MS-Painted out to read ‘MAKE sure your friends know how much you cherish them and appreciate their existence in your life and in the world generally’. The conceit is to disrupt the visual coding of hatred with massive, overwhelming sincerity, giving primacy to the aesthetics of childhood in the digital world (read: I spent a ridiculous amount of time on MS Paint as a kid, hopefully other people did the same), over a symbol that suggests discrimination is not over, and is most likely going to get worse in America before it gets better. We on this side of the Atlantic are not spared such anxieties, or the persuasiveness of this kind of response.

Yes, you heard it here first, the Wholesome Meme is a political project. The Wholesome Meme dreams of building solidarity from the ground-up, in how we talk to ourselves, our friends, and the communities with which we feel kindred. The Wholesome Meme loves you, and disapproves in polite-yet-firm tones of all the things in the world which monetise your negative self-monologue. The Wholesome Meme wants to show you a dog, with an unorthodox manner of spelling, running and tumbling towards you because everything will work out, if we band together and project radiant, furious love into a world make dark by apathy.