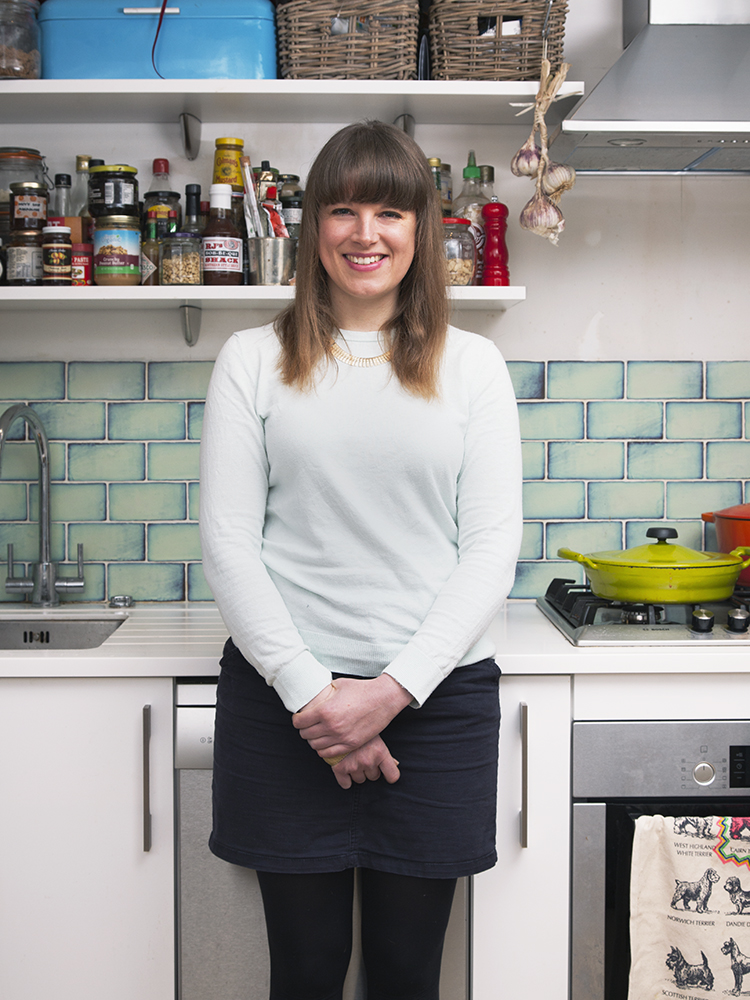 By all accounts, it sounds as though Felicity Cloake enjoyed her time at Oxford. Now the New Statesman’s food columnist and author of the Guardian’s How to cook the perfect… recipe series, it was in fact for the Oxford Student that she began her culinary career, reviewing restaurants for the paper and trying to compete with Cherwell’s Fit College of the Week feature. When we talk in early December, she has just returned from the arduous task of covering the World Cheese Awards in Spain.

“They were quite hard work actually – I know I’m not going to elicit much in the way of sympathy for jetting off to San Sebastian to eat cheese, but going through 45 of them in 2 hours is quite tough going I assure you… we even had one studded with Australian green ants on our table (which ended up being our favourite oddly enough – the ants tasted like citrus fruit and lime leaves).”

Unfortunately, they don’t sell ant-studded cheeses in the Cowley Tesco. And as anyone who has lived in college accommodation will know, the ability to cook in Oxford is often at the mercy of whatever appliances you can hide in a wardrobe. I’m intrigued to hear how it is that Cloake ended up in food writing, then.

As anyone who has lived in college accommodation will know, the ability to cook in Oxford is often at the mercy of whatever appliances you can hide in a wardrobe.

“Like a lot of people I think, almost by accident,” she says. “I went into publishing and realised very quickly it wasn’t for me and – once the trauma of finals had finally subsided – that I wanted to write myself, rather than commissioning other people. Food just seemed like an interesting growth area at the time.”

Oxford left its usual literary aspirations too, of course: “Like every English student ever, I’d love to write a novel. Not only does it sound incredibly romantic (it’s hard to be a tortured artist while rolling out Mary Berry’s scones) but I reckon the washing up would be minimal.”

The same presumably cannot be said for Cloake’s How to cook the perfect… articles. In 2010, she began a series for the Guardian exploring culinary misconceptions, which gradually developed into its current format. Every week, she takes a well-known recipe or dish – tsatziki, focaccia, jaffa cakes – and attempts to find the best combination of techniques and ingredients to make it, concluding with her own definitive recipe. It all looks deceptively straightforward when neatly formatted.

“The process is actually pretty hard work,” she explains. “Tracking down several distinct recipes, sourcing the relevant ingredients (which sometimes involves cycling halfway across London on deadline) and then making them all at once and forcing friends to try them all and make sensible comments (especially on anything involving alcohol) is quite a mission, and that’s before I’ve even written a word. Getting the perfect version right quite often takes a few goes too. So it’s a real labour of love; you don’t go into food writing for the money.”

“I think the week I wrote about sausages and got several hundred comments was the moment we realised we were onto something.”

After all, a recipe’s really only worth its salt if it actually works – there are only so many communal eggs you can waste on an experimental courgette cake before your housemates start hiding them. “Creativity comes second,” Cloake says. “If you’re investing time and money in a recipe, you need to know it will work. If it tastes good, then it’s a success; if it’s different and interesting in some way, then that’s a bonus. So test, test and test again.”

“But yes, I’ve always been greedy,” she confesses, recalling her Oxford days. “I remember one particularly ill-fated experiment boiling pasta in a kettle in first year to try and avoid hall food (advice: don’t, it sticks to the element and your tea will taste of tagliatelle forever), and we were devotees of Nigel Slater and Jamie Oliver (NB this was the noughties) in second year when we lived out.”

Plus ça change – Oliver and Slater would probably still feature alongside the requisite takeaway menus and copy of the examination regulations on the largely vacant, shared bookshelf – although I did at least pour the kettle water into a pan when ruining my pasta back in first year. And by the sounds of it, eating out in Oxford hasn’t changed much either.

“My favourite Oxford dish doesn’t involve cooking at all, at least on my part – it’s a toss-up between the hopelessly exotic Faster Pasta sandwiches from the Covered Market [now part of Taylor’s] that we treated ourselves to for lunch after hours slaving/snoozing in the Rad Cam (aubergine was pretty out there in 2004)… or chips and hummus from Hassan’s in Broad Street.” She adds: “Probably the latter wins out if I’m honest.”

Disregarding a glaring misspelling of Hussain’s, it all sounds rather familiar. If comfort food means kebab vans, though, I’m interested to hear which current cookery trends she’s less fond of.

“Clean eating. All this nonsense about gluten poisoning and alkalising foods makes my blood boil with rage. The boring truth is that moderation is the key to health and happiness, not bloody chia seeds.”

In search of a format that permitted a little more creativity than the regular column, Cloake devised her latest book The A-Z of Eating as an inventive exploration of different ingredients. Running through the alphabet from almond to zest, it proposes new and often indulgent takes on a selection of foodstuffs: aloo tikki Scotch eggs, duck fat garlic bread, ox cheeks braised in Marmite. The recipes draw inspiration from all over the world, albeit with the occasional nod to Oxford if the damson-laden Michaelmas Mess is anything to go by.

“I wanted the freedom to play around with all my favourite foods,” she says, “rather than being confined by the strictures of classic recipes, and it was utter bliss. I mean, I can’t see Marmite and cheese doughnuts making it into the column, but they’re damn good all the same.”

In no way falling into student stereotypes, I ask whether she’d considered following the same format with drinks instead. “Golly, I hadn’t thought of that,” she says. “That probably wouldn’t be very good for me would it? I’ll keep you posted – I’m already feeling quite excited about ‘B is for blue bop cocktails’…”