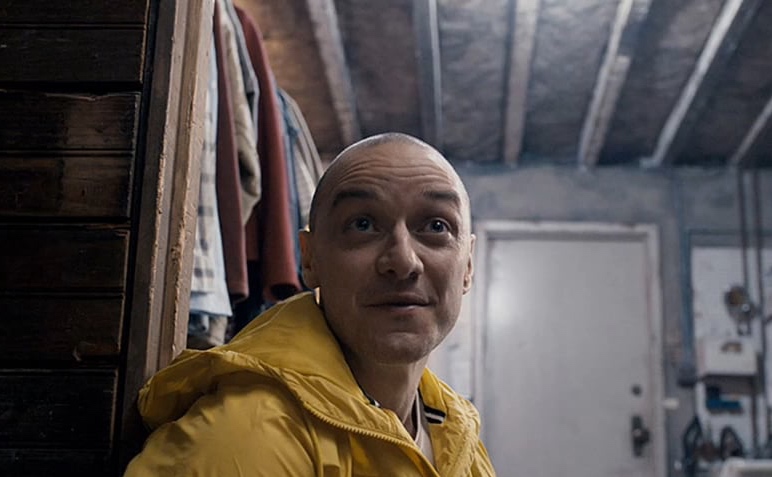 Amidst the flood of tributes to Hollywood legend Carrie Fisher and the legacy of her inspiring mental health advocacy, you may have missed the trailers for the upcoming thriller Split, which hits cinemas on Friday 20th January.

The trailer is eerie and disturbing; a psychiatrist mutters “23 identities live in Kevin’s body”, as we see a montage of James McAvoy doing his best to pull the standard “deranged lunatic” face, terrifying the teenage girls he has abducted. The website describes the movie as “an original thriller that delves into the mysterious recesses of one man’s fractured.. mind.” A more accurate description might be “a deeply stigmatising misrepresentation of dissociative identity disorder”, an unoriginal addition to the damaging and overdone “mental illness horror movie/thriller” genre.

I want to be clear that, although I have mental health problems myself, I do not have dissociative identity disorder; my understanding of this illness is very limited and I don’t claim to speak on behalf of those who have it. However, it only took a very brief period of Googling to discover that the representation of the illness in this film is very inaccurate (no surprises there).

“It’s just a movie”, you might be thinking. “Everyone knows it’s not realistic”. However, dissociative identity disorder is deeply misunderstood and rarely spoken about.

The makers of Split claim that “the mental divisions of those with dissociative identity disorder have long fascinated and eluded science”. The ‘personalities’ are portrayed in an almost supernatural way, as though there are actually different people trapped in one body – the psychiatrist speaks of the 23 identities “living” in Kevin’s body; the website tells us that there is a 24th personality “still submerged who is set to materialise and dominate all the others.” However, this is actually an out of date understanding of the disorder. According to the charity Mind, the term ‘multiple personality disorder’ was replaced with ‘dissociative identity disorder’ precisely because  “the parts of your identity are all part of one personality but they are not joined up or working together as a whole.” This form of dissociation is the result of a natural defence mechanism to cope with trauma, such as abuse in childhood. As one sufferer wrote in a blog on Mind’s website, “I have many separate, distinct and unique ‘parts’ of my personality. My ‘parts’… add up to the total person that is me… They are each a letter, and I am a sentence.” You can’t help but wonder if this plot hole was overlooked to sell more tickets.

“It’s just a movie”, you might be thinking. “Everyone knows it’s not realistic”. However, dissociative identity disorder is deeply misunderstood and rarely spoken about. Many people’s entire knowledge of the condition could be based on seeing this one movie. As someone with OCD, I’m used to people misunderstanding my mental illness and replying with lines such as “so you like things really neat and orderly? Me too, I’m so OCD like that!”. But imagine telling someone about your diagnosis for the first time and they respond with, “oh, like that guy from Split?” It’s no wonder dissociative identity disorder is so heavily stigmatised and people living with it are often scared to speak out.

This film is also part of a wider pattern of portraying the mentally ill as dangerous, violent and scary. From ‘lunatic asylum’ themed parties at Halloween and horror films based on a similar theme, to the tendency to blame mass shootings that aren’t a terrorist attack on mental illness, this stereotype is so damaging. In reality, a person with a mental illness looks just like anyone else. 1 in 4 of us have one. You can’t tell if someone’s been in a psychiatric hospital just by looking at them. People with mental illnesses are not dangerous; we’re more likely to be the victim of a violent crime than the perpetrator of one. Moreover, according to the British Crime survey, only 1% of victims of violence believe that mental illness was the cause of the incident, compared to 47% who believed alcohol was responsible. And despite numerous U.S. politicians using mental illness to change to topic away from gun control, it’s worth noting that according to the American Journal of Public Health, “fewer than 5% of the 120,000 gun-related killings… were perpetrated by people diagnosed with mental illness.”

Whether you go and see this film is of course up to you, but I’d urge you to think twice before supporting Split and buying a ticket. This is a movie that hurts real people living with trauma and an already highly stigmatised illness. These individuals deserve our respect, understanding, and solidarity.